Mauricio Pochettino spread his arms wide in mock exasperation and smiled. He had just been asked if failure to get the best from Lionel Messi could cost him his job at Paris Saint-Germain.

Pochettino — once manager of Tottenham — could have responded by placing the French league standings on the table. PSG have won every game and are nine points clear already.

But Pochettino knows that will never be enough, not in Paris. At PSG results will only shield him in part from what Kevin Keegan once described as ‘the circus parked outside’.

And so it was that Pochettino spent much of Monday’s Champions League press call talking about Messi, who refused to shake his hand after being substituted a week or so ago, and also about his other two star acrobats, Kylian Mbappe and Neymar, who occupied French headlines at the weekend after the France forward accused his Brazilian team-mate of not passing to him.

In doing so, Pochettino cut to the core of the matter whether he meant to or not. Despite his suggestion that football team mates argue all the time — he is quite right about that — it was another rather more candid observation that pointed to issues that are likely to follow him through his first full season at the club. 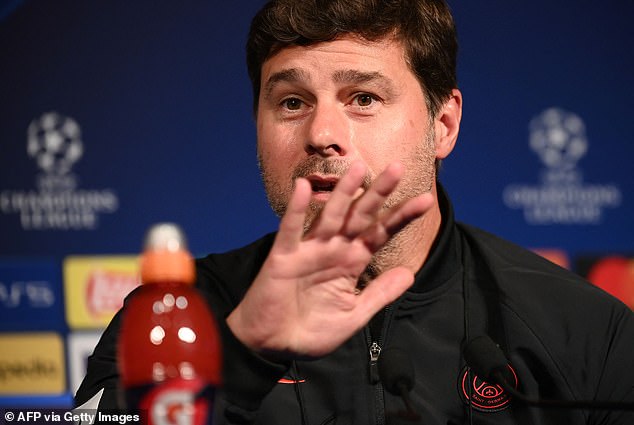 Ahead of PSG’s clash with Man City, Pochettino was repeatedly asked about Lionel Messi 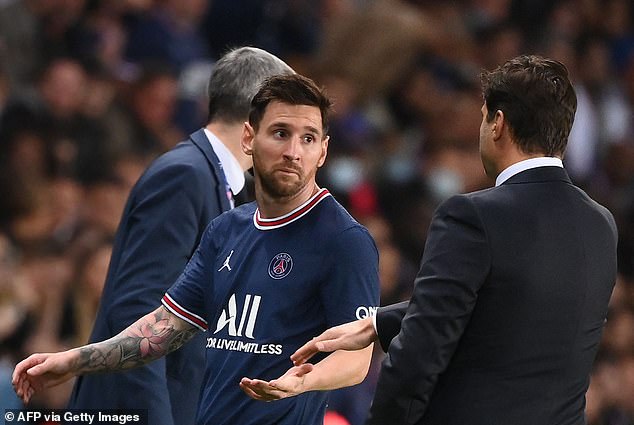 No paraphrasing was needed. Pochettino’s sentiments were clear. Messi, Neymar and Mbappe — each with a claim on being PSG’s most precious jewel — must be accommodated, nurtured and indulged at all times.

Messi’s early form since being parachuted in from Barcelona in the summer has been patchy. He has had a sore knee but is fit for Tuesday night’s game against Manchester City in Paris.

He will expect to play but can Pochettino really select all three forwards against a team that beat PSG comfortably in last season’s semi-final? If not, then who does he leave out? More importantly, how does he do it?

Asked specifically about Messi on Monday he said: ‘Lionel will be in the squad but I have not decided the XI.

‘We are talking about the best player in the world. But he is a man like the rest of us and needs to adapt to a new club. Let people work. Let the player adapt and start to feel at home. 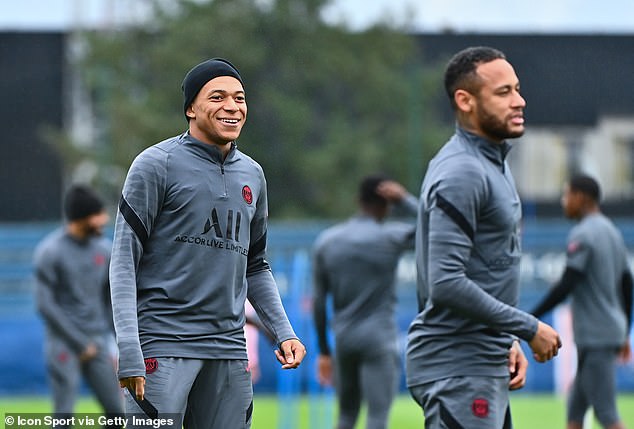 ‘You ask me always about just three players out of 33. They need time to work together in this different environment.

‘PSG is always under pressure and the big stars feel that. The important thing is that we are so happy with the squad we have built. Now we need time.’

PSG coaches do not always get an awful lot of the latter. The longer the wealthy French club goes without winning the Champions League, the louder the clock ticks.

A scene at the start of training on Monday provided a neat snapshot of life at the club. As the players emerged, sporting director Leonardo and club president Nasser Al-Khelaifi stood waiting to greet them with smiles, hugs and handshakes.

That is where the power lies at PSG, not in the head coach’s office. Pochettino must win the French League this season (unusually the club finished second last term), have a good tilt at Europe but also manage to keep the club’s big name players happy. If he does all that, he may just get another go at it next year. 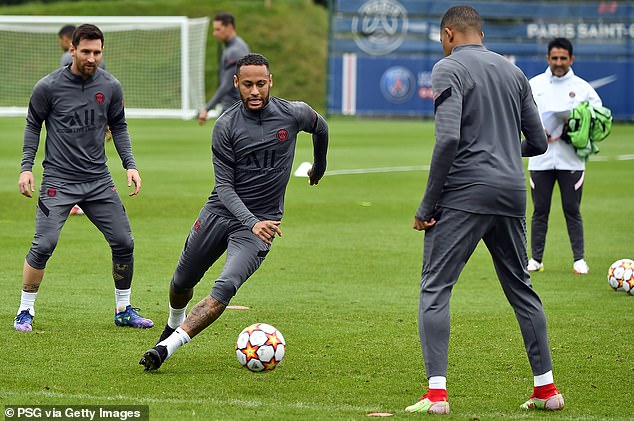 Neymar and Mbappe at least seemed at ease on Monday and it did not look particularly choreographed. Maybe Saturday’s little storm has indeed passed.

‘There are always things between top players,’ said Pochettino. ‘They are competitors and want to win. I have spoken to them both individually and they have also spoken to each other.

‘If there is a small incident then it sometimes creates a big wave. But that’s all outside the club. In reality it’s a minor problem. It’s really nothing.’

Equally, the Spaniard conceded that not everyone in a dark blue shirt is equal. ‘We have stars in the team but you also need warriors who can help them,’ Herrera said. ‘That’s my job. I am a team player.’

For Pochettino the jigsaw puzzle is his to solve and knowing what we do about his character and methods from Tottenham and indeed Southampton, it is hard not to wonder whether he was ever the right fit for Paris.

Football manager. Juggler. Diplomat. You need to be all three at PSG and not necessarily in that order.