Paris Saint-Germain president Nasser Al-Khelaifi came out fighting during Lionel Messi’s unveiling as he insisted no Financial Fair Play rules had been violated — and told Kylian Mbappe he now has ‘no choice’ but to stay at the club.

Messi’s contract is said to be worth around £30million a year and the addition of the 34-year-old, despite it being on a free transfer, has attracted suspicion over FFP.

But Al-Khelaifi said: ‘Regarding the financial aspect, I will make it clear — we know the rules of FFP and we will always follow the regulations. 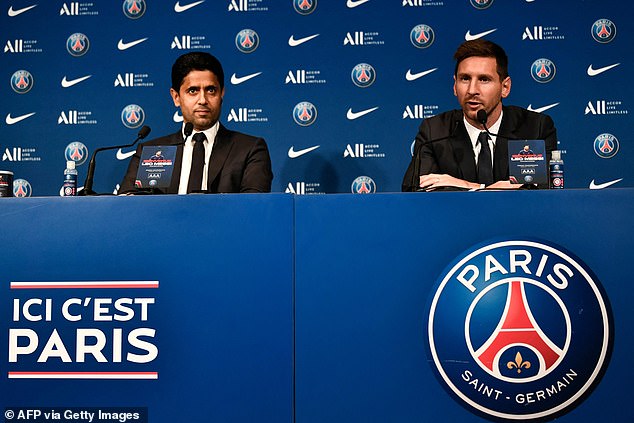 ‘Before we do anything, we check with commercial, financial and legal people. We have the capacity.

‘If we sign Leo, it’s because we can, otherwise we would not have done it.

‘What Leo brings to the club is huge, which you can see just outside (the stadium, where thousands of fans had gathered). He is a big asset.

‘I hope Leo will not ask for a raise of salary, but what we have is fantastic.’ 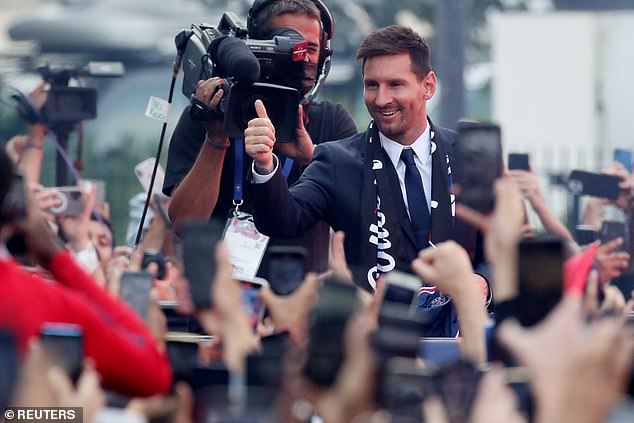 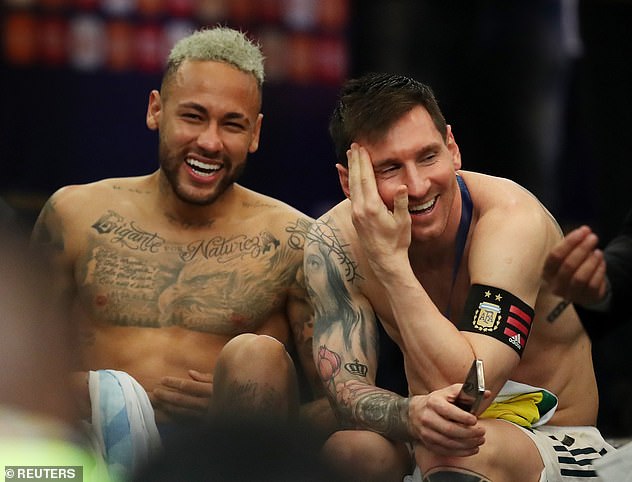 Mbappe, meanwhile, has stalled on signing a new contract at Parc des Princes, with his deal set to expire next summer.

But with Messi signed on a two-year deal, Al-Khelaifi added: ‘Now there is no choice for Kylian but to stay here in Paris. 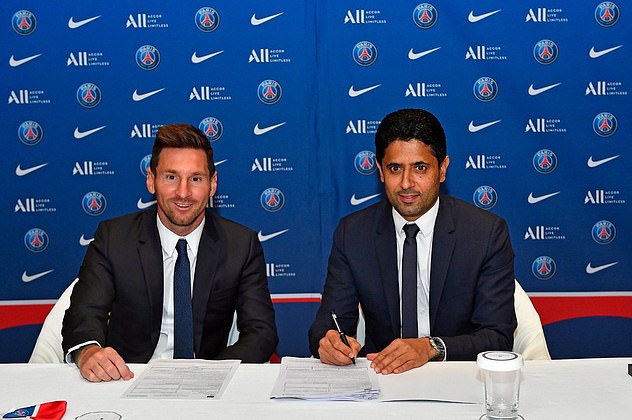