Kylian Mbappe has revealed his admiration for Liverpool after being asked about which team would choose to play with on FIFA.

The 20-year-old Mbappe, speaking on the ESPN show Ahora o Nunca (Now or Never), was asked what team he would use if he had to play against the presenter interviewing him on FIFA.

‘Maybe Liverpool because they won the Champions League,’ Mbappe said.

Presenter Herculez Gomez replied by saying: ‘So you like Jurgen Klopp then?’

Liverpool, who started in the same group as Paris Saint-Germain and Mbappe, won the Champions League by defeating Tottenham 2-0 in the final at Atletico Madrid’s Wanda Metropolitano on June 1.

Mbappe’s PSG side, meanwhile, were knocked out in the second round by Manchester United, despite winning the first leg 2-0 at Old Trafford. 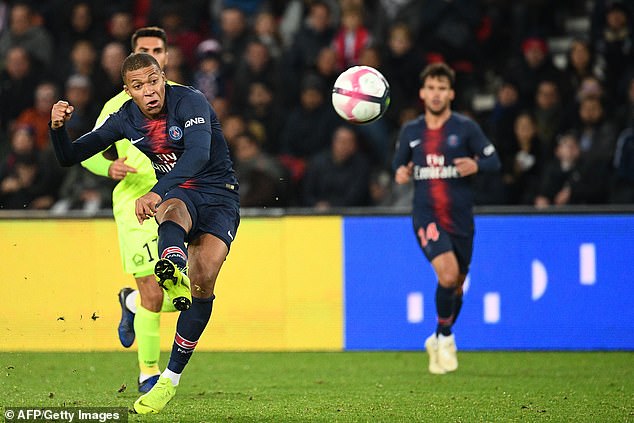 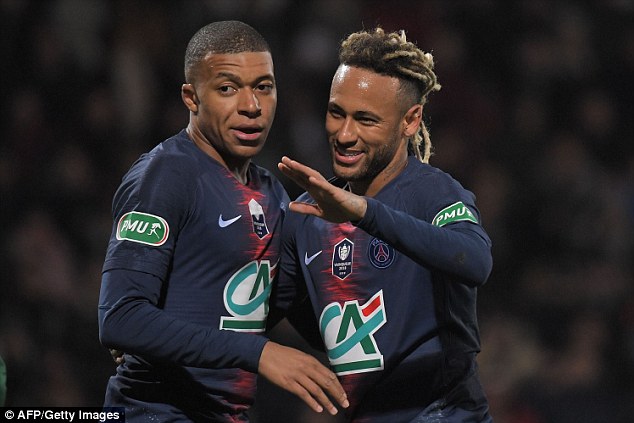 But Neymar could leave PSG, a move that would clear the way for Mbappe to be the main man

Mbappe’s long-term future with the French champions is under scrutiny after saying at an awards ceremony in France last month that he wants more responsibility at the club.

Both he and Neymar have been linked with moves away but in recent days, links between the Brazil striker and a return to Barcelona have grown.

Reports in Brazil have said Neymar could rejoin Barcelona for a fee of £90m with at least one of Ivan Rakitic, Samuel Umtiti and Ousmane Dembele heading the other way.