Neymar was lucky to escape a red card for an elbow on Axel Witsel in Paris Saint-Germain’s Champions League defeat by Borussia Dortmund.

The Brazilian was closely monitored by the Dortmund midfielder for large parts of the opening leg of their last-16 tie and his frustrations boiled over early in the second half.

It was on 58 minutes when Witsel fell to the ground by the touchline as he tried to shield the ball with Neymar behind him. 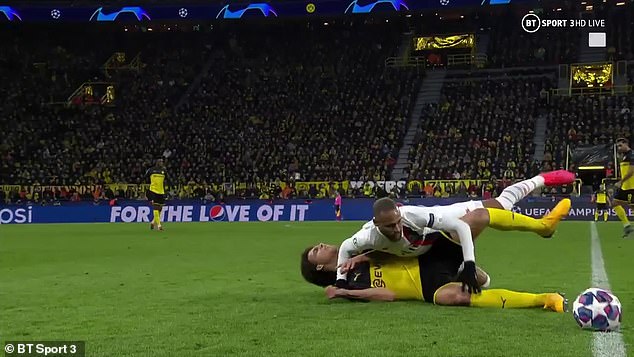 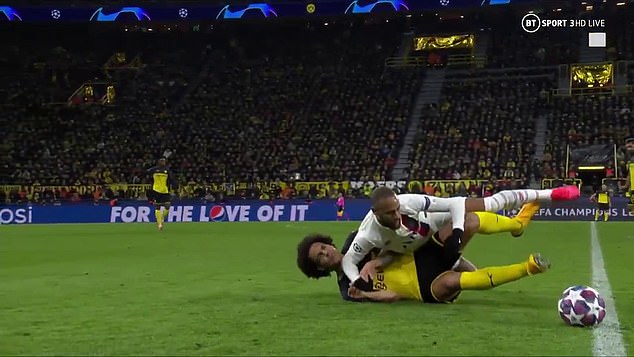 But as Witsel fell to the turf, Neymar collapsed on top of him and then proceeded to shove an elbow into the face of his opponent.

Witsel wriggled around on the floor in pain as Neymar got up to plead his innocence before Spanish referee Antonio Miguel Mateu Lahoz showed the Brazilian a yellow card.

Former Liverpool midfielder and Dortmund new boy Emre Can ran over to the fourth official to suggest Neymar had thrown an elbow but his protests were in vein as Neymar continued.

To add insult to injury, the former Barcelona forward went on to score a potentially vital away goal for the Ligue 1 side, despite Dortmund claiming a 2-1 win thanks to a brace from sensation Erling Haaland. 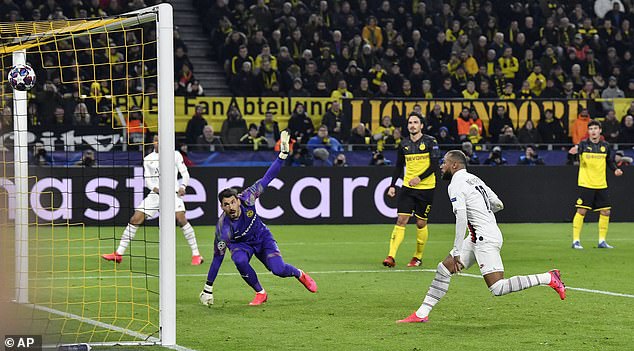 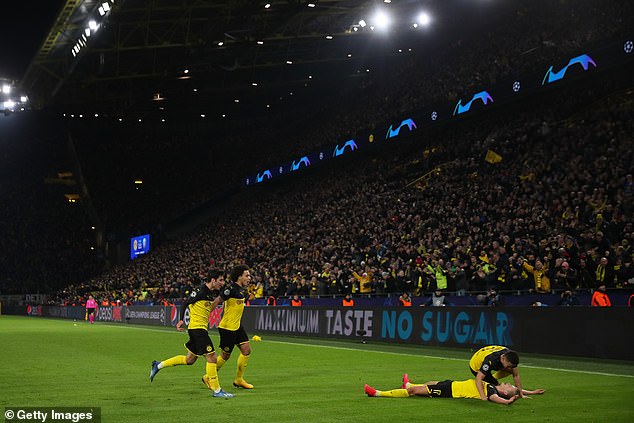 Haaland lies on the floor, delighted after scoring a sensational second goal to seal victory

Haaland stabbed in a rebound in the 69th minute to give Dortmund the lead before Neymar equalised shortly after when he tapped home Kylian Mbappe’s cross.

But Haaland netted again just two minutes later when American teenager Gio Reyna fed him the ball on a quick counter and the striker smashed a powerful shot into the top corner from distance.

PSG now need a win in the second leg on March 11 to avoid being eliminated in the last-16 for four seasons in a row.

For Dortmund that will be ‘a hard game but we’re a good team and we just have to keep going,’ Haaland said.