Paris Saint-Germain are reportedly set to make a move for Bayern Munich’s David Alaba with Thiago Silva expected to leave as a free agent this summer.

PSG’s sporting director Leonardo confirmed that the Brazilian will be leaving the Ligue 1 side once this season’s Champions League campaign concludes.

And Austria international Alaba, who has been converted from a left-back to central defence by Bayern boss Hansi Flick this season, appears to top the list.

Alaba has just 12 months remaining on his own deal at Bayern and is free to sign a new contract with another club in six months and then leave for free next summer.

But PSG do not want to wait for the 27-year-old and have made their interest known to the defender, according to Sky Sports.

Spain was believed to be Alaba’s preferred destination, but PSG are now looking to strike.

Alaba’s versatility works in his favour, with Thomas Meunier and Layvin Kurzawa also set to depart the Parc des Princes he could provide cover in full-back areas. 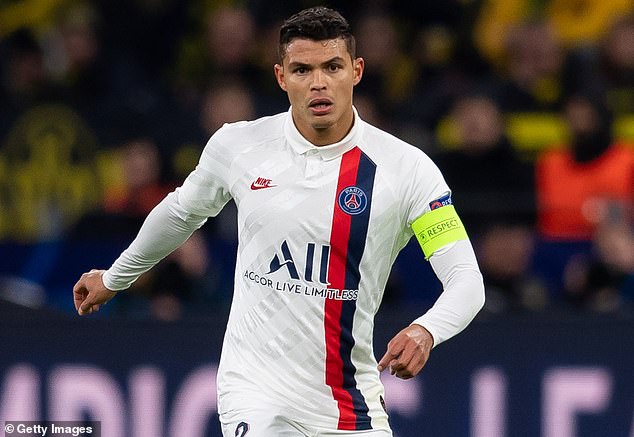 PSG are seeking a replacement for outgoing centre-back Thiago Silva, who is leaving on a free 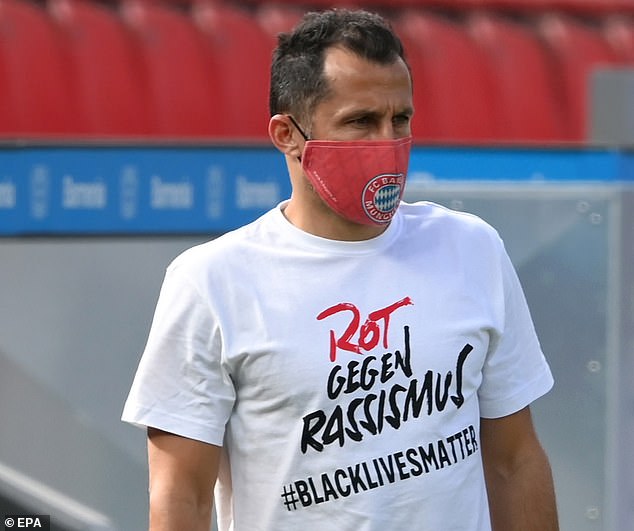 Bayern, though, have no interest in losing Alaba, but may be forced to concede defeat if he tries to force through a move with his contract up in 2021.

Bayern sporting director Hasan Salihamidzic made clear his desire to see Alaba stay put at the weekend, saying: ‘We are very happy with how David has developed this season. He makes the defense boss and has become a personality.

‘We have already had a few conversations and will continue to talk to each other, but at the moment we are all concentrating on the sporting side.

‘Everything in its time – we will try everything and I think all parties know what they have in common. David knows what he has at Bayern and vice versa, of course.’