Triple killer, rapist and armed robber John Ernest Cribb – described as an ‘end-of-the-line psychopath’ – has been found dead in jail.

Cribb was pronounced dead about 10.30am on Wednesday after he was found unresponsive at Goulburn Correctional Centre. He was 67.

The psychopath kidnapped Valda Connell, 39, and her children Sally, 10, and Damien 4, from their Baulkham Hills home, in Sydney’s north-west, on August 11, 1978.

He drove the three more than 300km to Elands, on the mid north coast, where he stopped at a picnic ground near Ellenborough Falls. 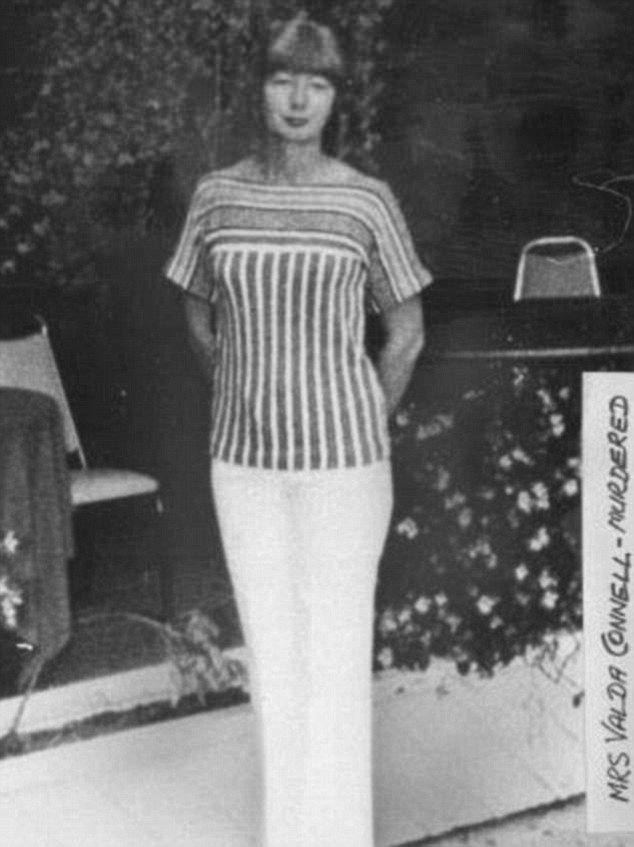 Valda Connell was kidnapped, raped and murdered by psychopath John Cribb in August 1978 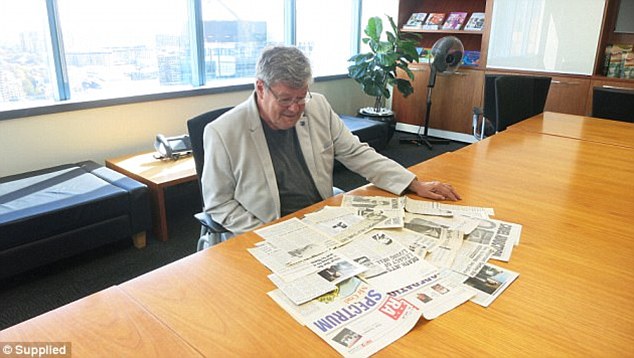 Criminal psychologist Tim Watson-Munro has interviewed more than 30,000 ‘persons of interest’ in his distinguished career

There he raped Mrs Connell in front of the children, tied them all up and stabbed each to death. He put the bodies in the boot of the car and dumped it at Swansea, near Newcastle.

Cribb was captured after a 10-hour siege in which he held a woman at knife-point inside her home at Islington, inner-city Newcastle.

While on remand Cribb was transferred to Morisset hospital for the criminally insane, from where he escaped with another armed robber and rapist, William John Munday.

The pair travelled to Sydney and kidnapped two 17-year-old schoolgirls who they held in a Bondi hotel for two days and repeatedly raped.

Forensic psychologist Tim Watson-Munro has assessed some of Australia’s most notorious criminals and said Cribb was the worst of the lot.

‘He was universally loathed by the crooks and the screws,’ Mr Watson-Munro wrote in his book Dancing with Demons. 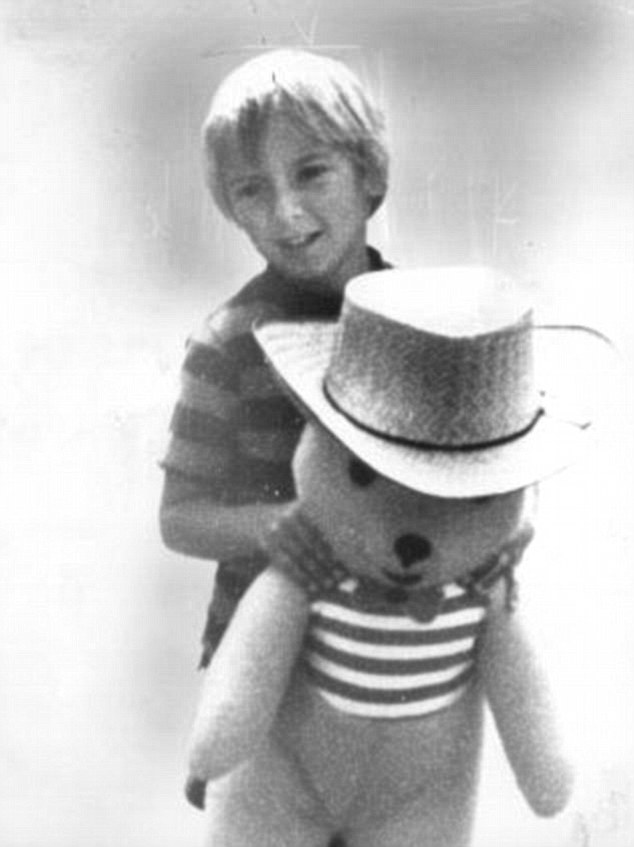 Damien Connell, 4, was murdered along with his mother Valda and sister Sally by ‘end-of-the-line psychopath’ John Cribb 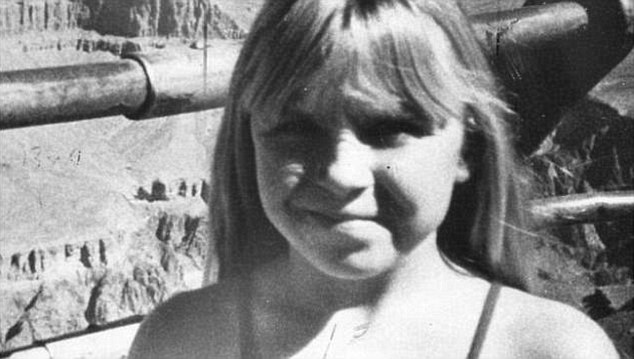 Sally Connell, 10, was murdered along with her brother Damien and mother Valda by John Cribb in August 1978

‘His crimes breached all the codes. It was a real-life horror story.’

Mr Watson-Munro described Cribb as one of the few genuinely evil men he has met.

‘When I worked at Parramatta Gaol, I was surrounded by end-of-the-line psychopaths,’ he wrote. ‘Johnny Cribb was one of them.

‘Convicted of three counts of murder, three counts of kidnapping, as well as false imprisonment and a raft of other serious crimes, his tale of evil still chills my spine.

‘He was kept in solitary confinement as the authorities recognised that he would last mere minutes if he was released into the mainstream prison community.’

While serving three life sentences for murder Cribb was befriended by a nun at Parramatta Gaol.

Mr Watson-Munro revealed the nun wrote a lurid letter to Cribb in which she said she would perform oral sex on him ‘until your eyes pop out’ during a scheduled contact visit. 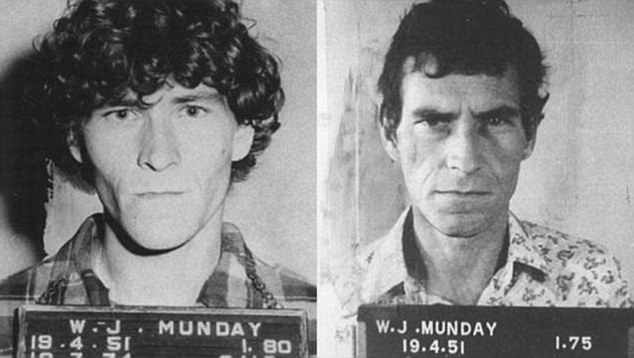 ‘As a final demonstration of the power of evil, Cribb was befriended by a nun,’ Mr Watson-Munro wrote.

‘She had felt sorry for him and with the liberal exchange of letters allowed at the time, she fell under his satanic spell.’

Prison officials decided to let the visit go ahead and burst in while the nun was performing the sex act.

‘Cribb was banned from future contact visits and God only knows what happened to the nun,’ Mr Watson-Munro wrote.

In 1993 Cribb unsuccessfully sought a non-parole period for his life sentences. He had claimed to be reformed and has been supported by priests, psychiatrists and psychologists.

Mr Watson-Munro had no doubt where Cribb belonged.

‘I firmly believe that some of the men and women I have assessed are purely evil. They were born that way and they have no redeeming features. They deserve to be in jail and, in my view, should never be released.’

The Corrective Services Investigation Unit, which is part of the New South Wales Police Force, is investigating and will prepare a report on the death.

All deaths in custody are referred to the NSW Coroner.

Dancing with Demons by Tim Watson-Munro is published by Pan Macmillan and available now. RRP $34.99. 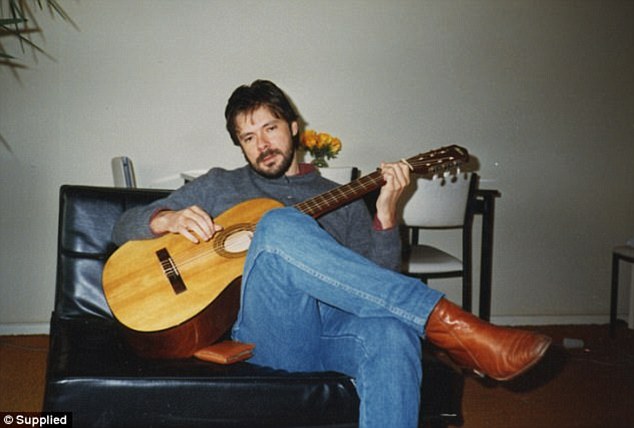