PT charges $30k for access to Australia’s most exclusive gym

The owner of Australia’s most exclusive gym has revealed why his rich and famous clients are happy to fork out more than $30,000 for a yearly membership – and why they train harder than your average fitness fanatic.

Chris Wilson, 33, who earned his stripes as a personal trainer working with the Welsh rugby team, now caters to Western Australia’s wealthiest people.

The new dad charges $579 per week for his platinum membership option and says his gym’s carpark is almost exclusively filled with Porsches and Range Rovers.

Chris Wilson, the owner of one of Australia’s most exclusive gyms has revealed why the his rich and famous clients are happy to fork out over $30,000 for a yearly membership 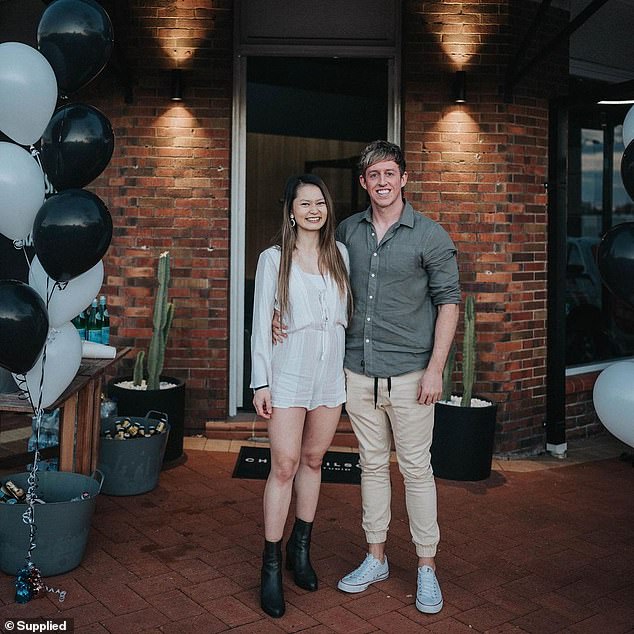 The new dad, pictured here with his partner Rosanna Susanto, teamed up with local businesses including Rosanna’s yoga studio 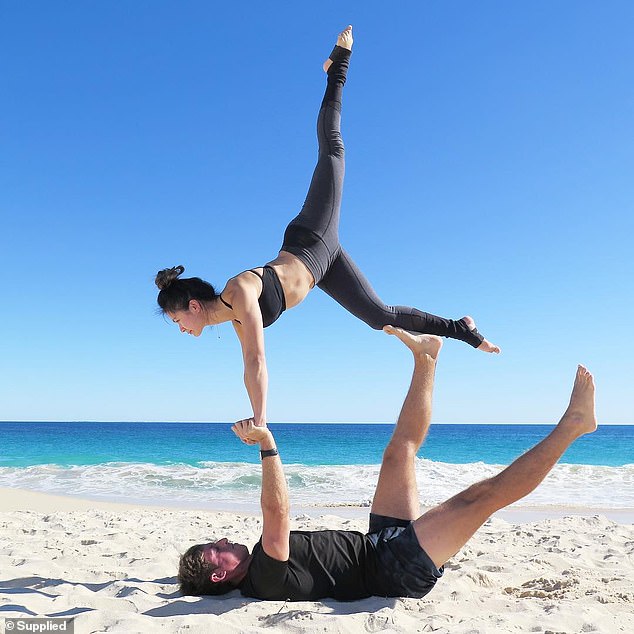 For $30k a year Chris’ clients get access to both studios, so they can work on strength and cardio as well as flexibility and mindfulness

The Chris Wilson Fitness Studio is so exclusive only 50 memberships are offered at one time, ensuring the nine trainers get plenty of time to help clients reach their fitness goals.

The gym has been open for just six months but Chris told FEMAIL he already has seven-day-a-week clients and a strong fitness community – especially within the platinum membership group.

‘We find they are very disciplined people, they have tight schedules and are always on time and ready to go,’ he said.

These top-tier clients rarely waste time or play with their phones instead of working out, Chris explained.

‘We train with all of them at least three or four times a week and they get in and get it done because they know that’s their only 45-minute slot to exercise that day.’ 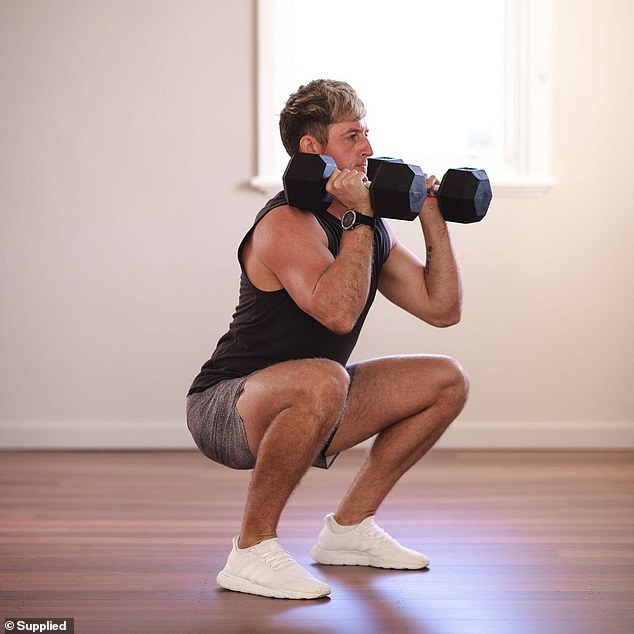 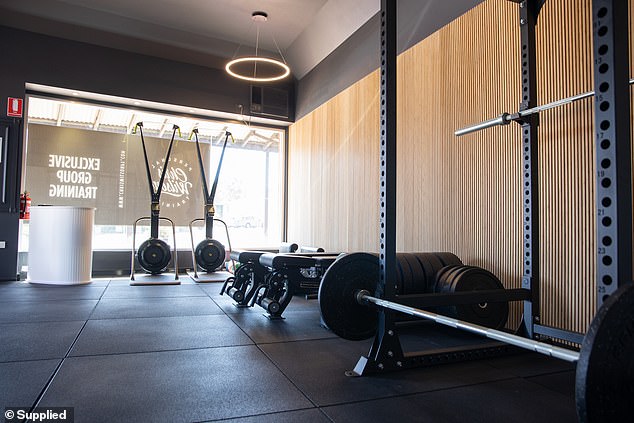 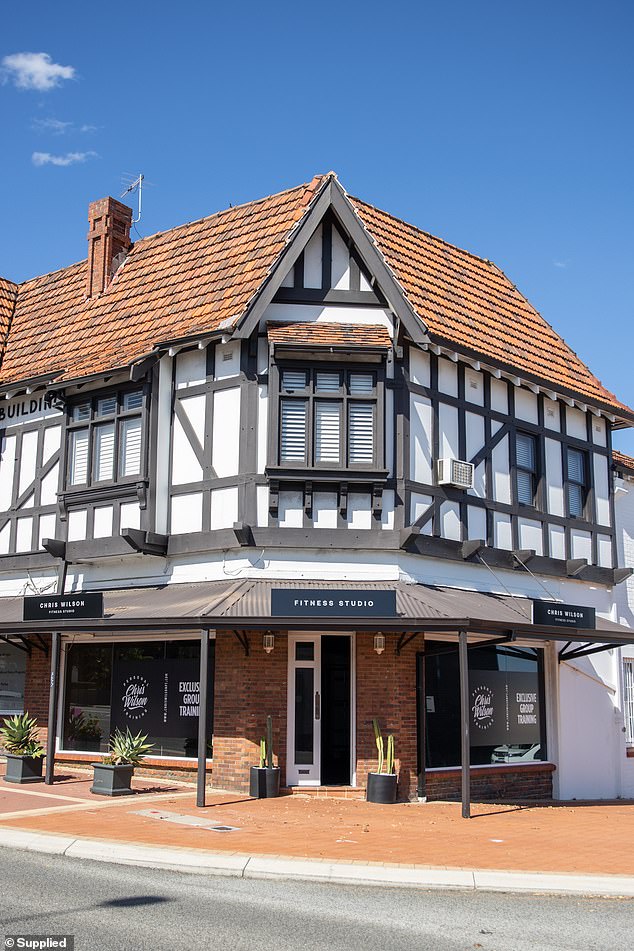 ‘A lot of their PAs control their schedules so we see them at the same time each day.’

Chris can’t reveal the names of his clientele but says they include prominent Perth businesspeople, mining bosses, hoteliers and their wives.

‘We cater for a lot of western suburb wives here,’ he said.

‘When I brought out the package I was worried people wouldn’t want to spend that much,’ he admitted. 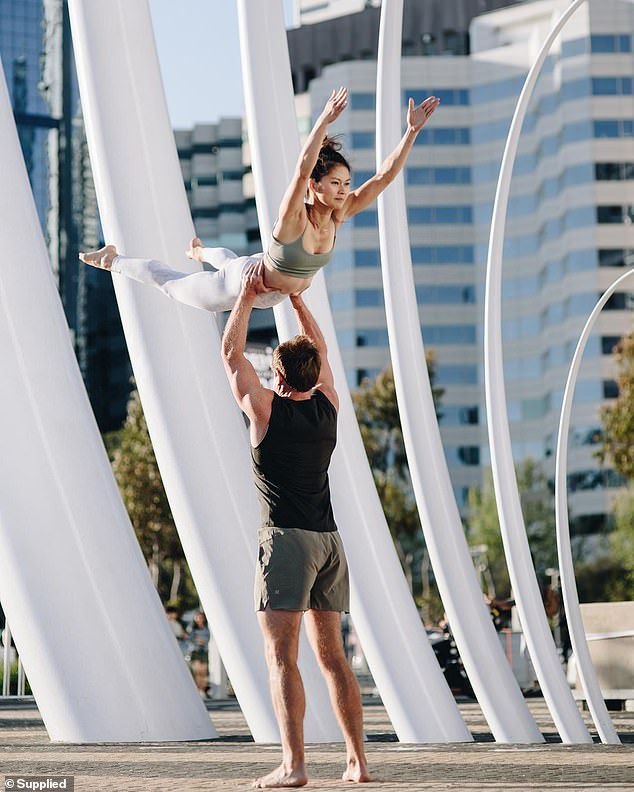 ‘But it has been really popular, and it is good value because there are so many incentives with other local businesses, it is an all-inclusive approach to wellness.’

The membership includes dinners at well-known restaurants, massages and even discounts on morning coffee.

Chris is opening a boxing-style gym next month, which will also have a cap of 50 members – and platinum members will get access to both centres. 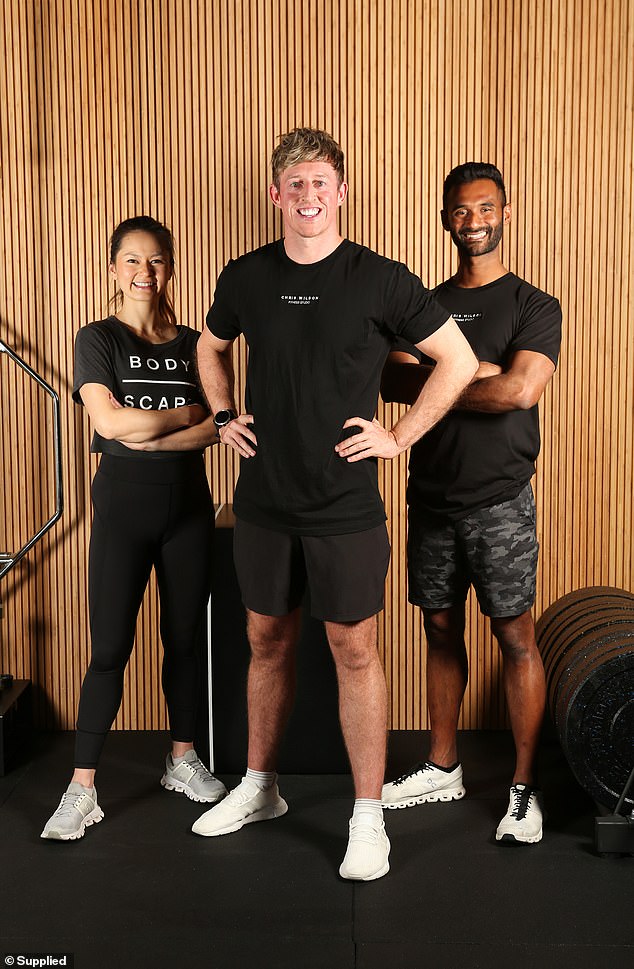 Luke AJ, one of the trainers at the Chris Wilson Fitness Studio, put together the following workout to help his clients get party season ready.

The workout is a taste of the programs Chris and his team can put together:

5-Minute AMRAP (As Many Rounds As Possible)

Squat then Reverse Lunge (one lunge each leg is one rep) 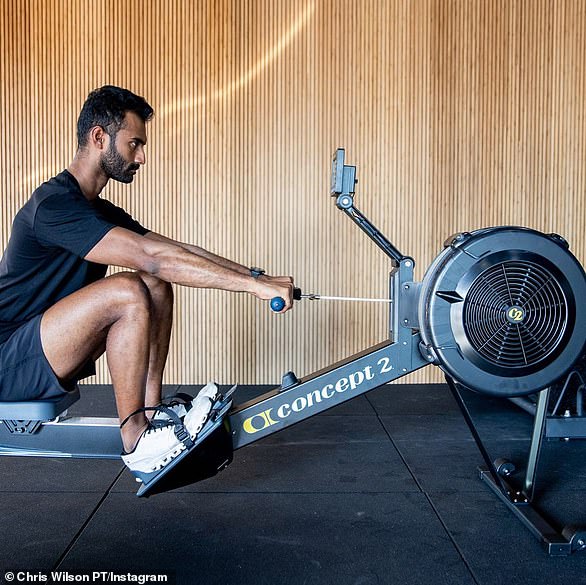 ‘We make sure to offer all of the extra quality touches, like cool towels, helping them stretch properly and impeccable presentation.’

The gym is always incredibly well organised, with Chris even lining the weights up perfectly after every use.

But one feature of the immaculate gym may shock regular trainers.

‘We don’t have any mirrors here,’ he laughed.

Chris believes his staff should be able to help instruct his clients if their form is not right. 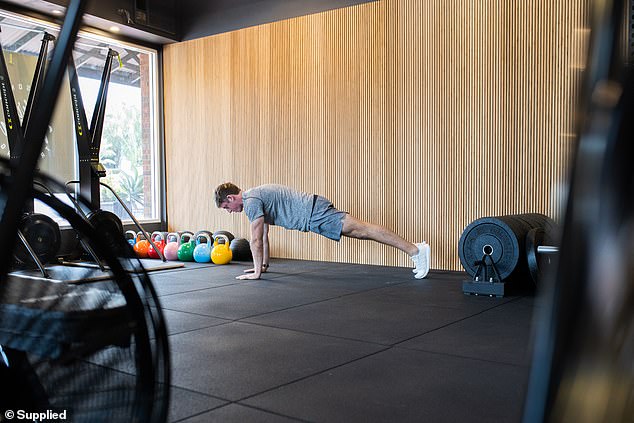 And thinks mirrors can also distract people from working out properly.

While the platinum membership has been popular Chris’ gym also offers silver and gold options which are $100 and $49 per week respectively.

But they don’t include any personal training sessions and offer limited access to the gym and partnered yoga studio.

When Chris first came to Australia in 2012 he had $50 in his pocket and was crashing on friends’ floors.

He had planned to backpack around the country but fell in love with it instead.

‘I called my mum and told her I was never going to come home,’ he said.

He is now a citizen and has just become a father for the first time. 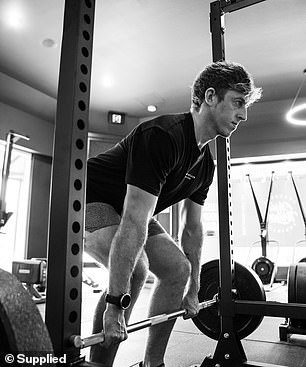 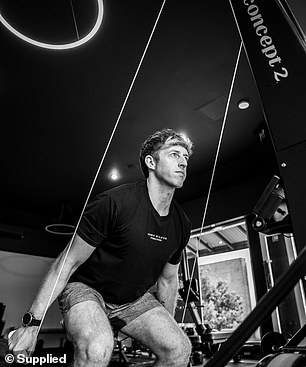 When he arrived in 2012, with just $50 in his pocket, he never would have believed he would be charging $30k per year for gym access and training

He says he is humbled by his success.

‘If you had told me I would be charging this much for a membership back then I wouldn’t have believed it, but now I am starting to think I should charge more,’ he said.

He has even upgraded his car to suit his new lifestyle.

‘I used to rock up to train these guys in my Suzuki Swift, which must have looked funny because I am over six foot tall, I have a Jeep now,’ he said. 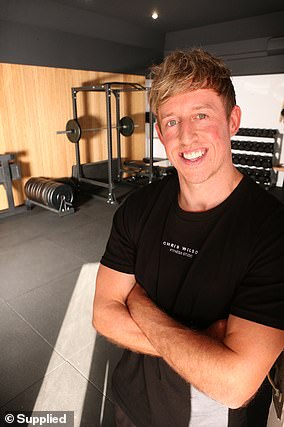 2 – Keep hydrated, this is so important but too often I see people who don’t even bring a water bottle to the gym with them. Being well hydrated helps to combat fatigue, lactic acid build up and enhance your performance.

3 –  Working out with a friend can help keep you both motivated – but you have to pick carefully and make sure you are actually feeling motivated by them.

4 – Focus on your workout. It is only 45 minutes of your day so you should be present. Put your phone down and just think about the task at hand.

Admitting it still looks tiny parked next to the rows of high-end vehicles outside his studio.

Chris says he is continuously shocked by how much Australian’s love to exercise.

‘Here in Perth there are always people running early in the morning or using the outside gyms, you would never get any of that in the UK,’ he said.

Chris had a ticket back to the UK via Asia and Europe all those years ago but is happy with his choice to stay in Australia to continue his career in his very own gym.