Public urinals could be a thing of the past in a post-Covid society as industry leaders recommend men use stalls when they return to work.

The British Toilet Associations is advising councils and companies on how to keep washrooms clean and safe as lockdown restrictions are eased.

But one of the most substantial proposed changes is the elimination of separate toilets for men and women.

Instead, one-way gender neutral facilities could see men and women queuing at one door and exiting on the other side with individual cubicles in between.

Mr Martin said he is calling on the Government to invest in revolutionising the nation’s washrooms as a matter of ‘public health’.

He said: ‘Toilets have a massive commercial effect on an area, which is why they are one of the first things you plan in any new shopping centre.

‘It’s going to cost a lot of money, but if we want to get back outdoors, to socialise, to go to parks and beaches, then the Government has to step in.

‘We want to bring back life to this country, and toilets are a vital part of that,’ he told The Sunday Times.

The proposed changes come as a senior government advisor said ministers should force councils to reopen public toilets on Monday. 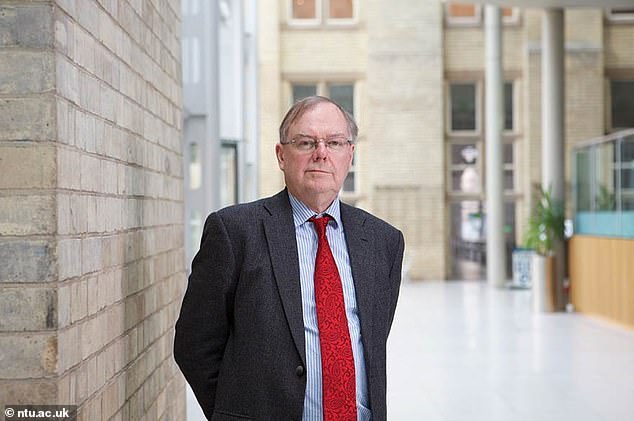 Professor Dingwall, who sits on the New and Emerging Respiratory Virus Threats Advisory Group, said the risk outdoors was ‘minimal’ and people did not need to be so anxious

Professor Robert Dingwall, who sits on the New and Emerging Respiratory Virus Threats Advisory Group said the government should stop ‘terrorising’ those who visit public spaces.

2m rule may be relaxed

The two-metre rule could be reduced in the near future, officials revealed yesterday.

Public Health England said the advice to stand 6ft 6in from others was under frequent review.

The rule is among the strictest in the world, with most countries insisting on 1.5m or less.

Managers of pubs and restaurants say two metres makes many businesses unviable. Professor Yvonne Doyle, of PHE, said: ‘We are aware of the international differences and I am sure this will be the subject of continued investigation as to whether that can be reduced further.’

From June 1, anyone informed they might be a virus carrier will have to isolate for 14 days under the ‘test and trace’ scheme.

The sociologist at Nottingham Trent University said said the risk outdoors was ‘minimal’ and people did not need to be so anxious.

Professor Dingwall, told the Telegraph: ‘The Government needs to be more proactive and order councils to open lavatories and car parks.’

‘The ”stay away” messages coming from a lot of these areas (seaside resorts and beauty spots) has fed back to the public who are wondering what they can do.

‘I can see a lot of people thinking, ”is this worth it?”. Then there are the general levels of fear and anxiety.

‘People are worried they won’t be safe despite growing evidence that has not been well communicated that there is minimal risk.

‘The Government has been terrorising the population, instilling a state of terror.’

Earlier this week it was revealed that Britons do not want to go back into work because they fear the lockdown is being eased too quickly.

The Daily Mail survey by JL Partners showed 53 per cent of people felt the government was acting too swiftly in lifting lockdown restrictions.

Most ‘non-essential’ shops and other businesses will be allowed to reopen on June 1, with thousands expected to return to work.