The 26-year-old Latin urban artist set a new milestone mark on the website as a lead artist, collaborator or featured artist.

Ozuna has appeared in seven videos that have been at least 1 billion times, surpassing Bieber’s previous mark of four.

His most successful video was a collaboration on ‘Criminal’ with fellow urban singer Natti Natasha which has notched 1,739,001,918 views after the video debuted on August 18, 2017.

Puerto Rican reggaeton star Ozuna has topped Justin Bieber for most videos as a lead artist, collaborator or featured artist that have topped 1 billion views on YouTube 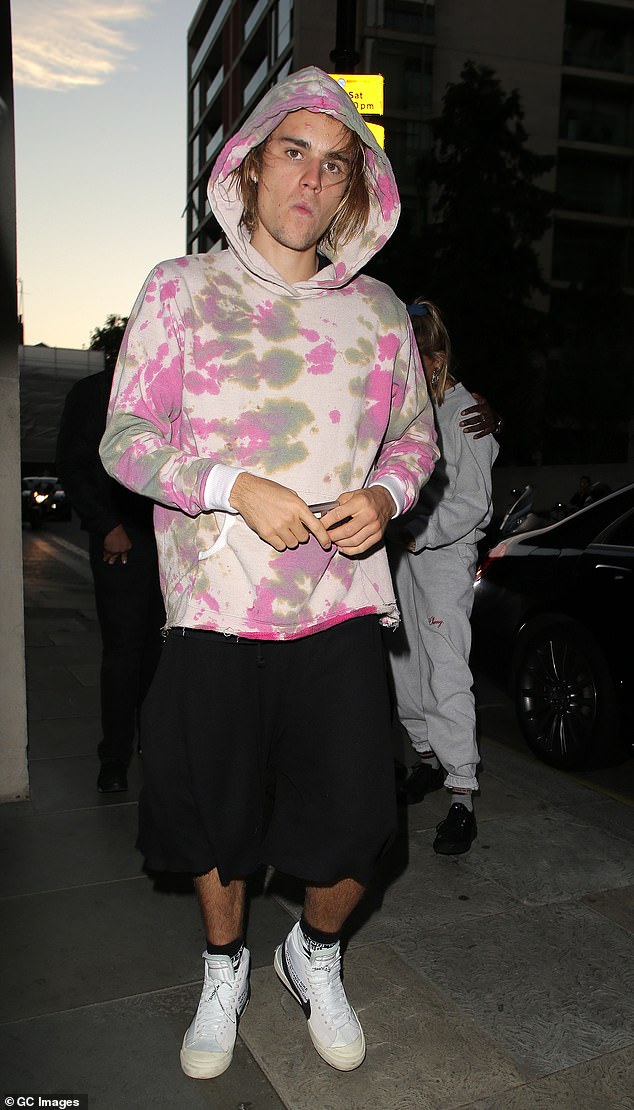 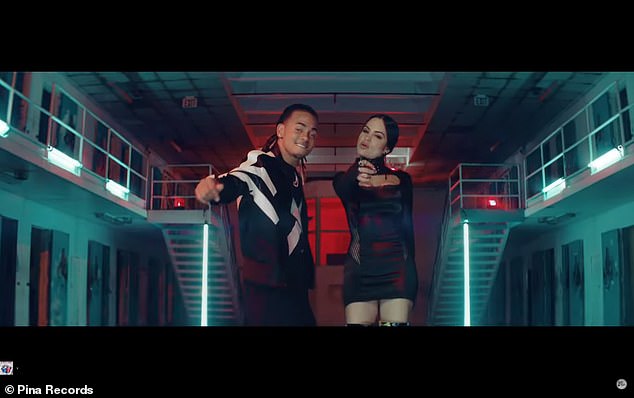 Ozuna collaborated along with fellow reggaeton singer Natti Natasha on ‘Criminal’. The song’s video is the most successful to date in the Puerto Rican artist’s career with 1,739,001,918 views on the video-sharing site

Since becoming a household name all over Latin America in 2014, Ozuna found a way to immerse himself in the American mainstream scene with collaborations featuring rapper Cardi B, Selena Gomez and DJ Snake in their hit Taki Taki.

Ozuna has also definitely benefited from the wave Latin music rode in 2018 after surpassing country music and EDM in consumption, becoming the fifth-biggest genre in the United States.

The chart-breaking news comes at a time married father-of-two was embroiled in a scandal.

Ozuna broke his silence in late January and announced that he was extorted by slain gay trap star Kevin Fret who threatened to release an explicit video of the star.

The video jumps to scenes of two to three other men engaging in sexual acts. 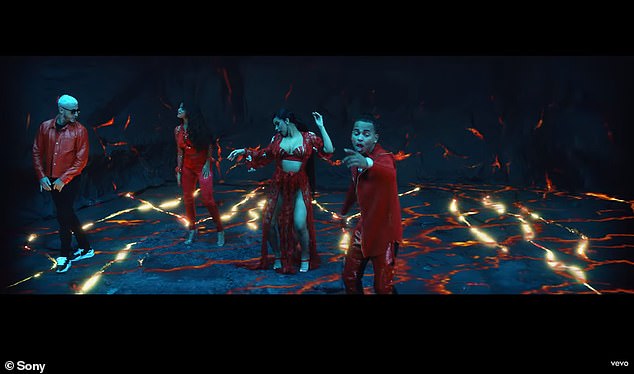 Ozuna (pictured right)  has immersed himself into the American music scene and recently got together with DJ Snake, Selena Gomez and Cardi B (pictured from left to right) on the hit theme ‘Taki Taki’