Sydneysiders are well and truly celebrating the end of lockdown as they flock to the Royal Randwick Racecourse for The Everest – the city’s first major event in months.

Australia’s richest race will be allowed to host a maximum of 10,000 guests on Saturday after NSW Premier Dominic Perrottet approved an exemption for the bigger crowd to attend the $15million event.

For many it was finally an excuse to dress up after being stuck at home for four months with men rolling through the gates in their best suits and women donning an array of coloured dresses and headpieces.

One major difference from previous years is the latest fashion accessory of the face mask, with punters required to wear face coverings while indoors. 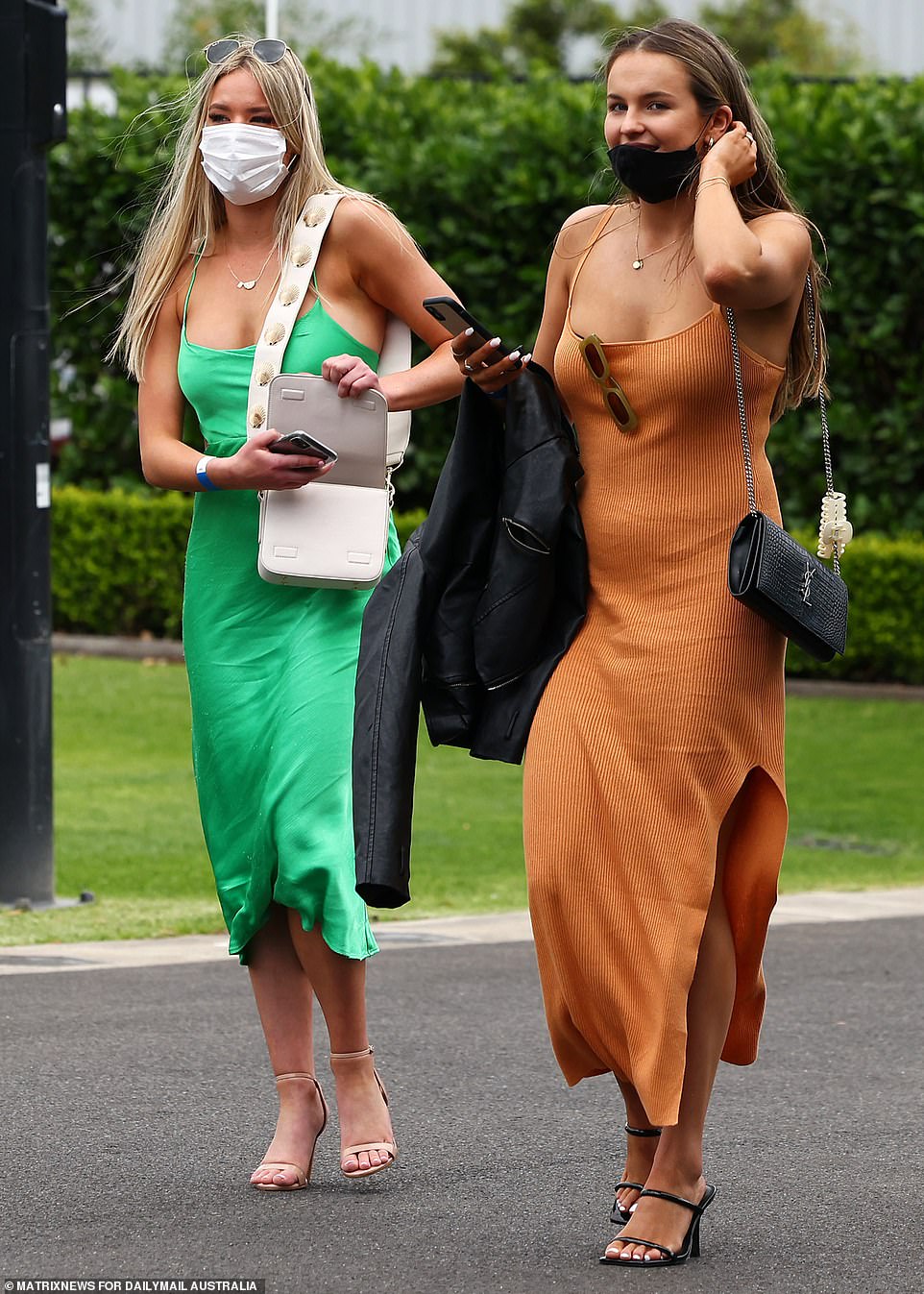 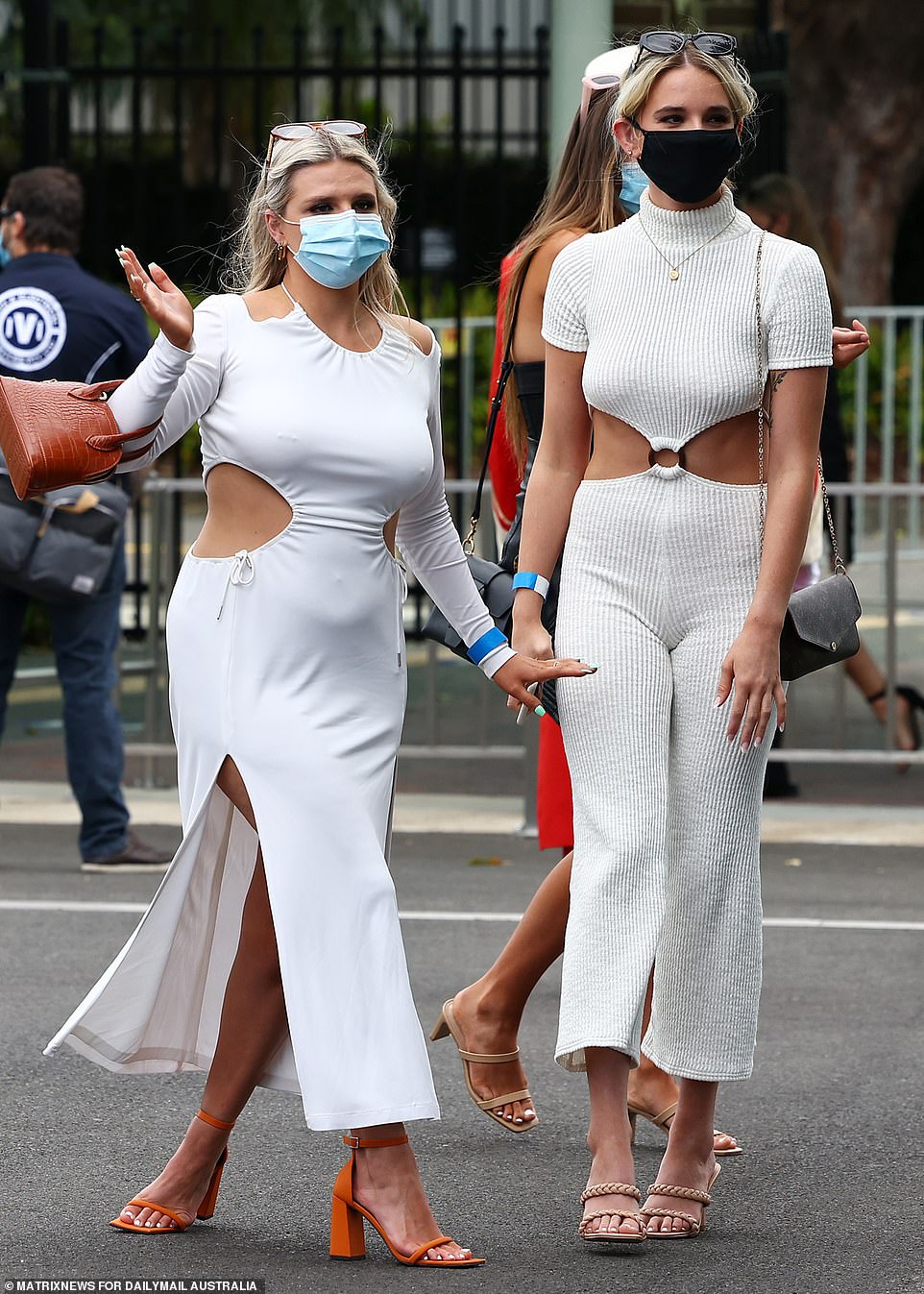 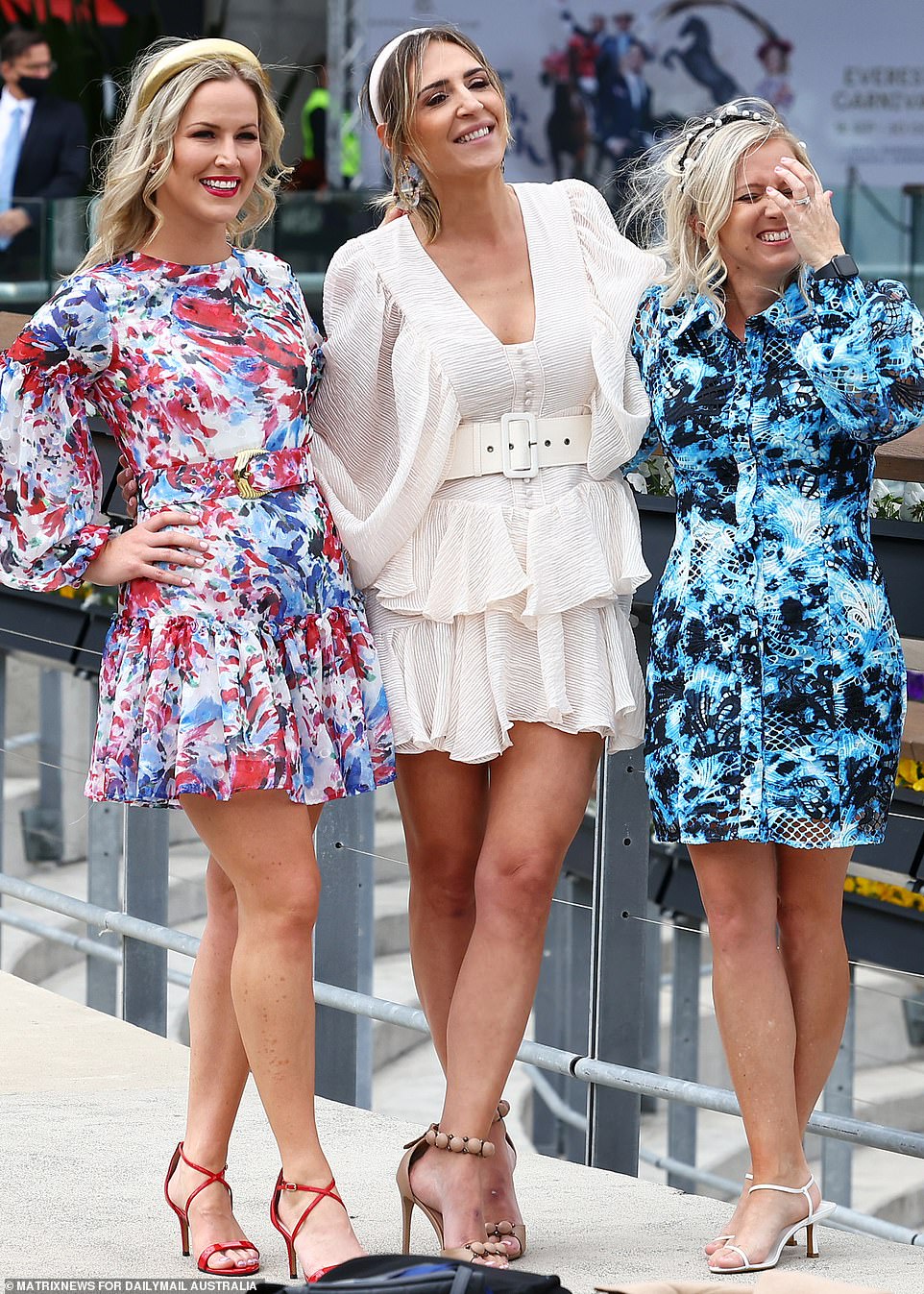 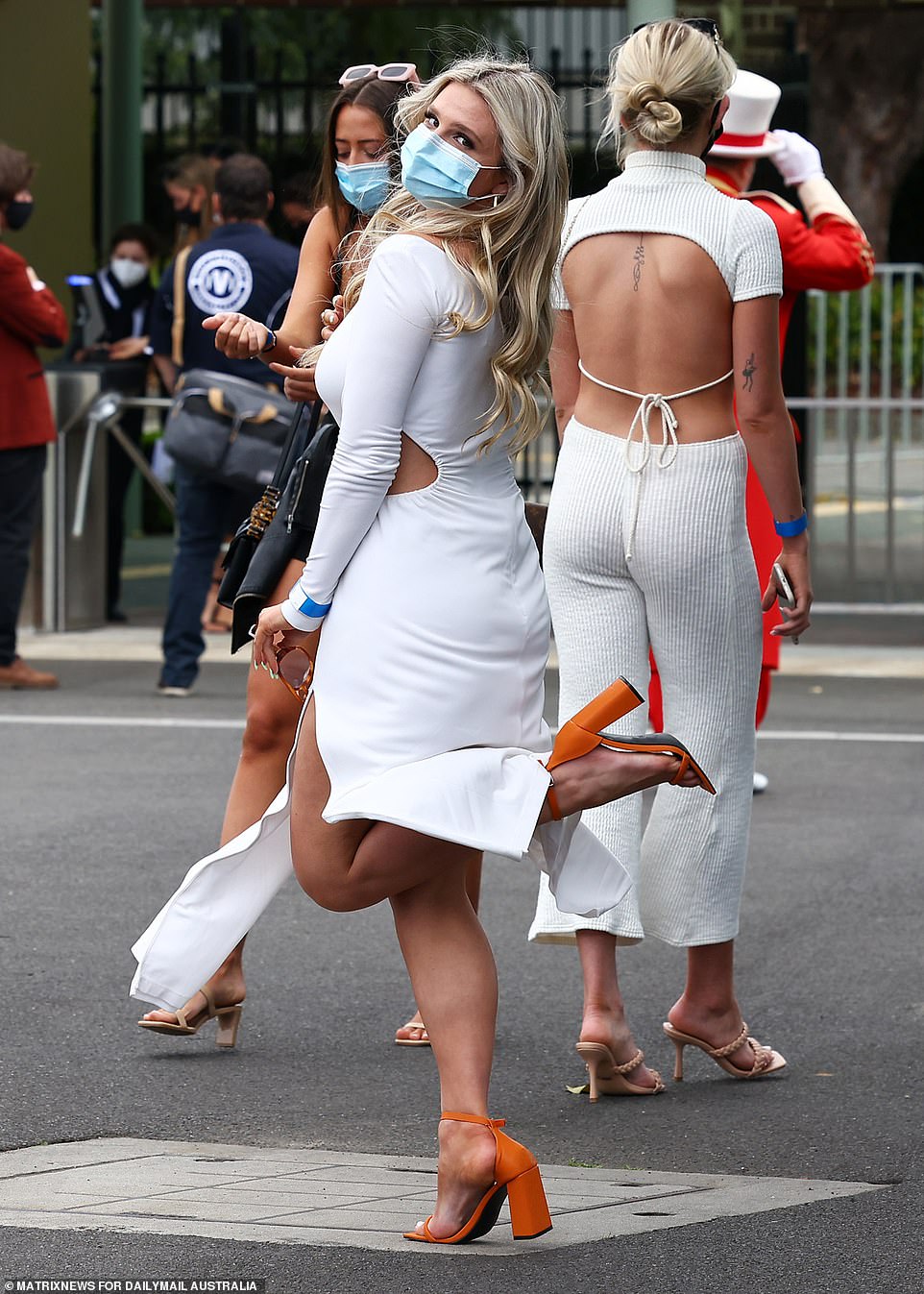 Some 10,000 punters are expected to attend The Everest – the country’s richest horse race – on Saturday 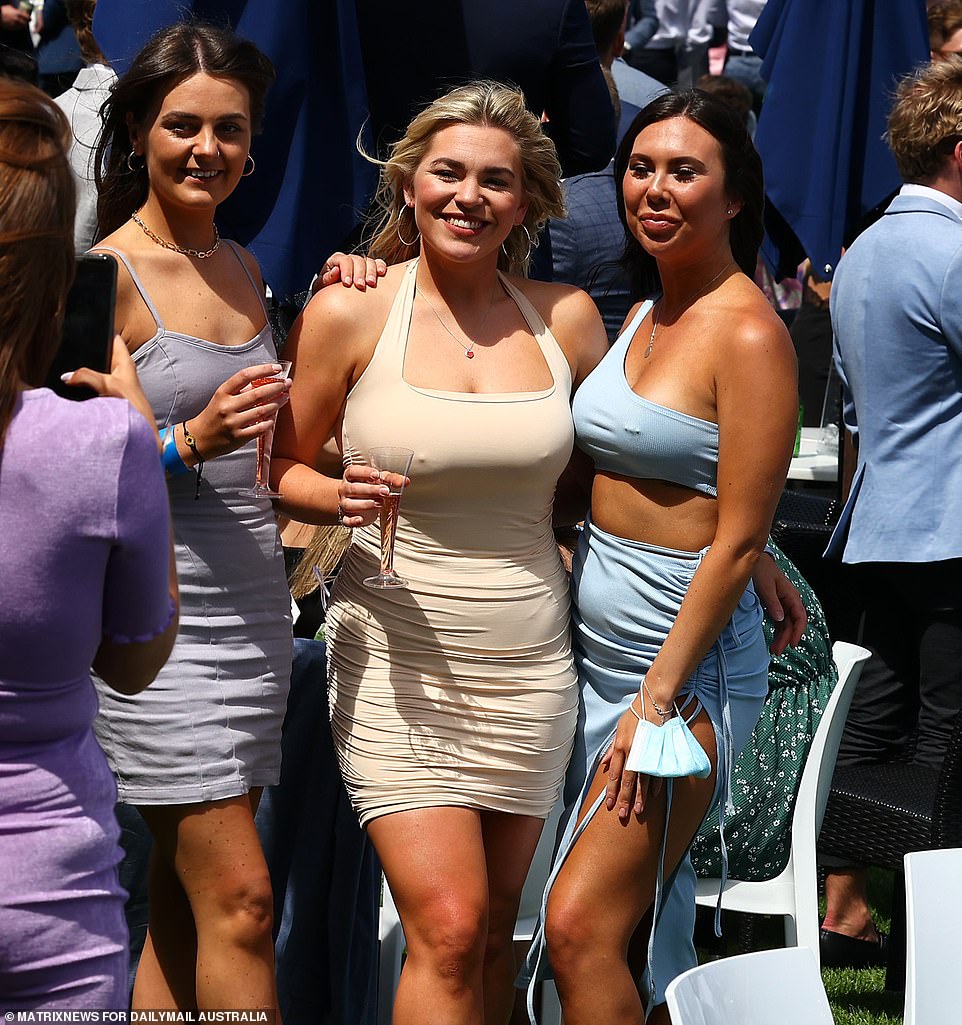 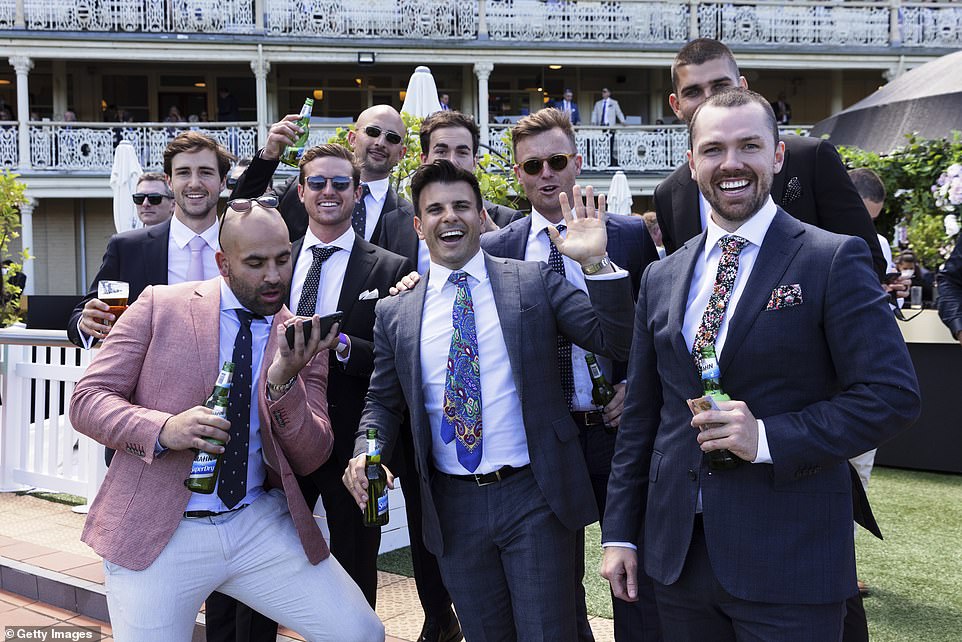 All racegoers will need to show proof of vaccination on entry and under the Australian Turf Club’s Covid-safe protocols, guests will be restricted to one every four square metres.

Rapid antigen testing will be set up for trainers and jockeys when they arrive on the course while the owners of the horses will not be allowed to visit the raceday stalls.

Racing NSW and the Australian Turf Club argued that because the event is mainly outdoors – where the virus is less likely to spread – it should be given the go-ahead.

The massive crowd will be a welcome sight for organisers after they were forced drastically scale back numbers at the event in 2020.

Saturday’s event however got off to a tragic start with the announcement Cox Plate winner Sir Dragonet had been euthanised following a track work injury just a week before the champion horse was set to defend its crown. 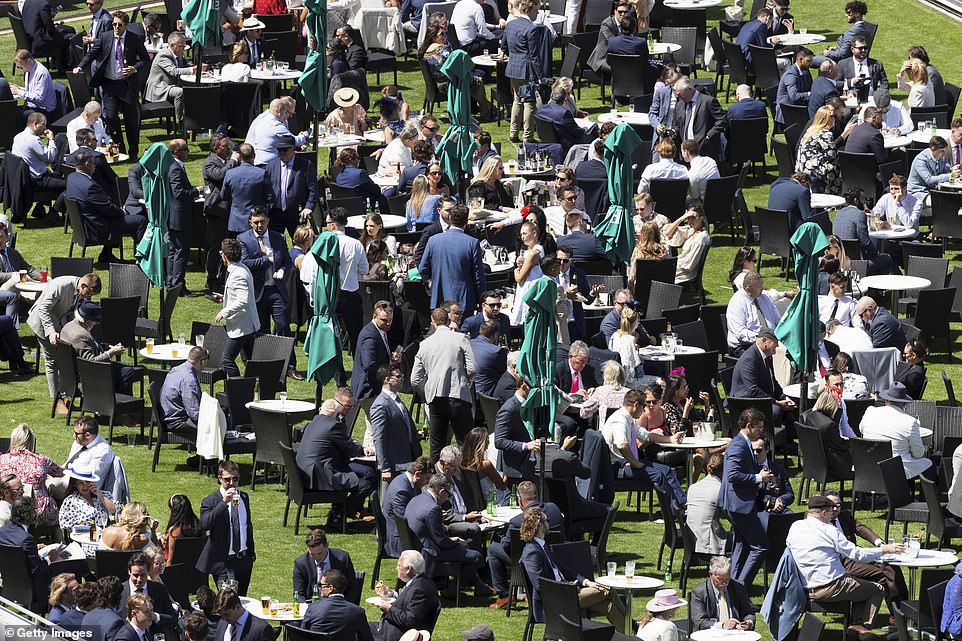 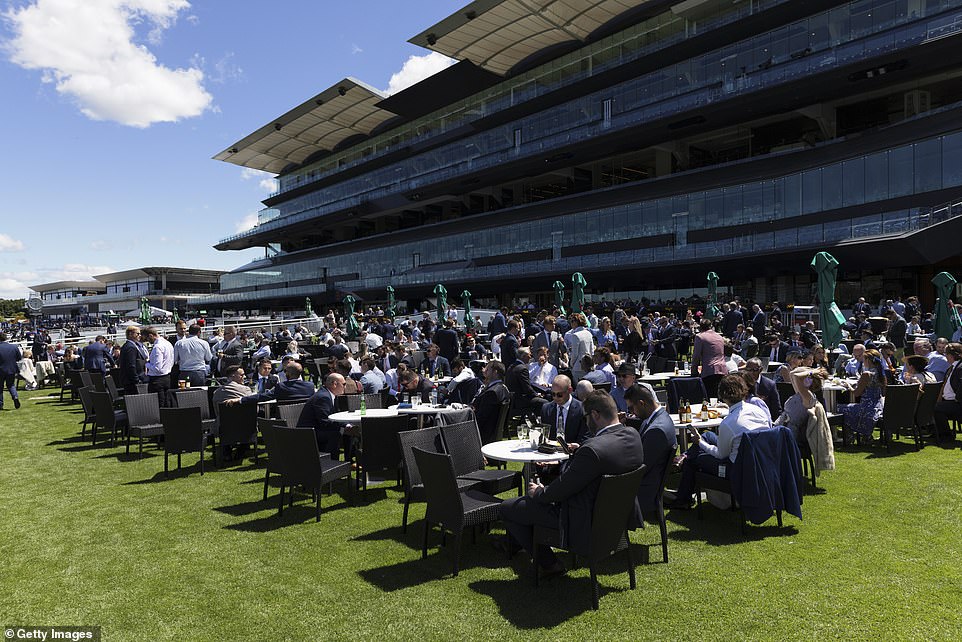 Tables have been set up on the green to seat some of the 10,000 spectators and follow Covid-safe protocols at the Everest 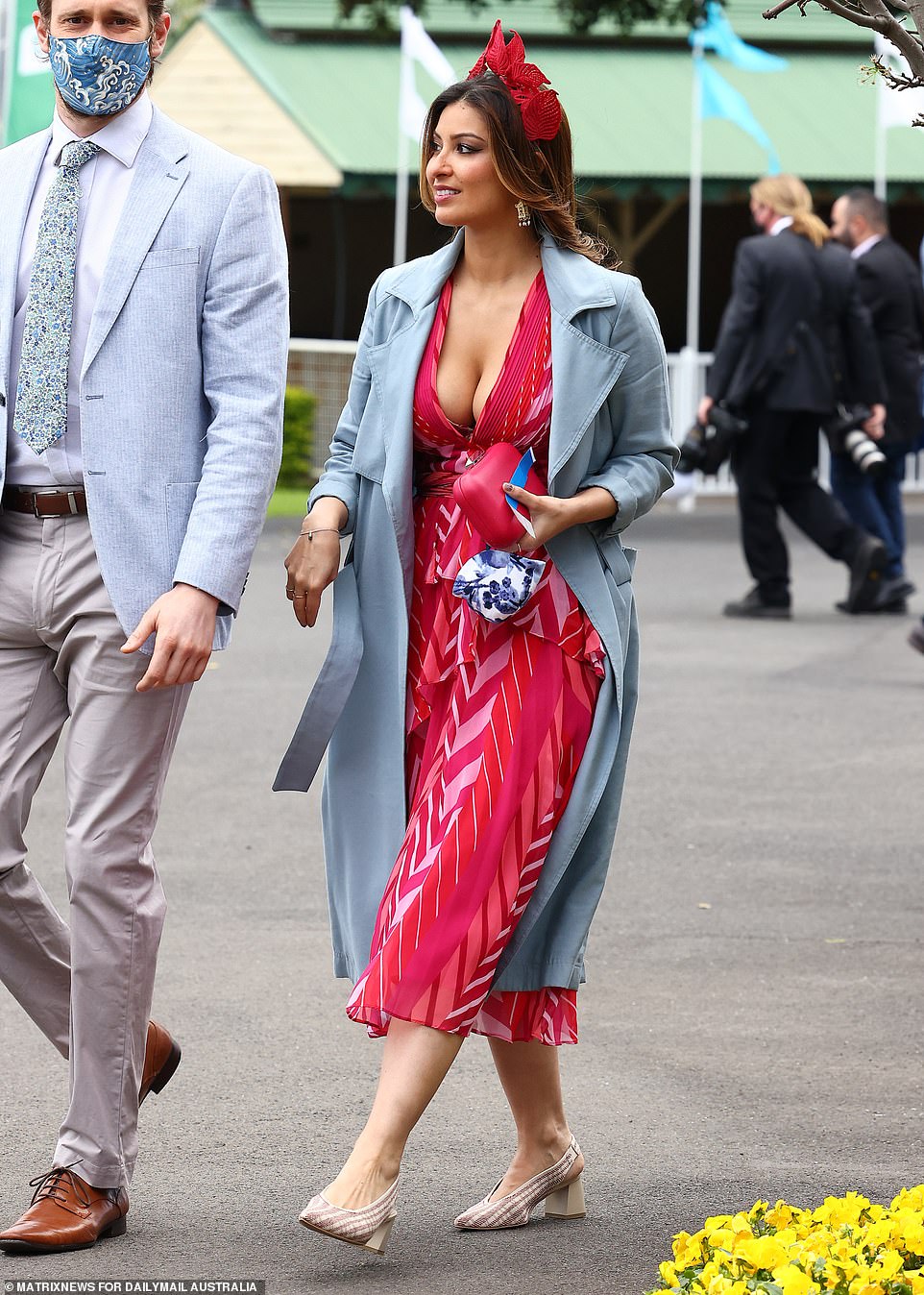 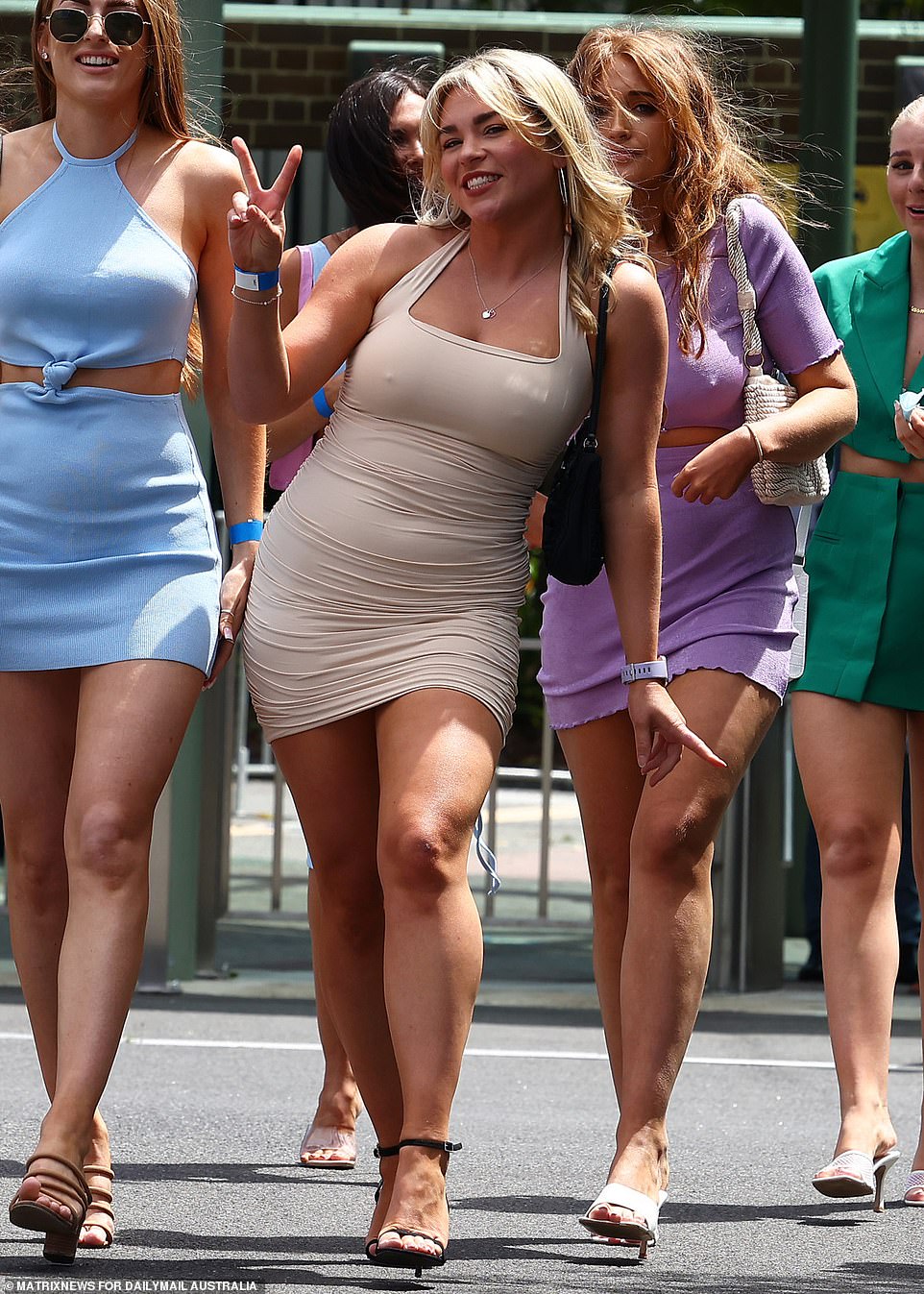 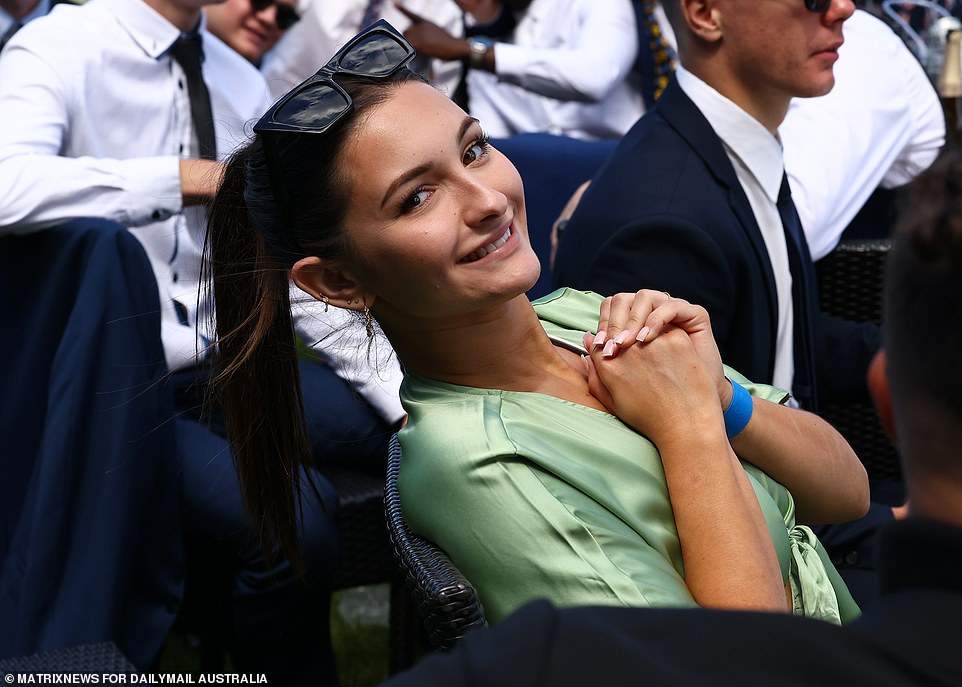 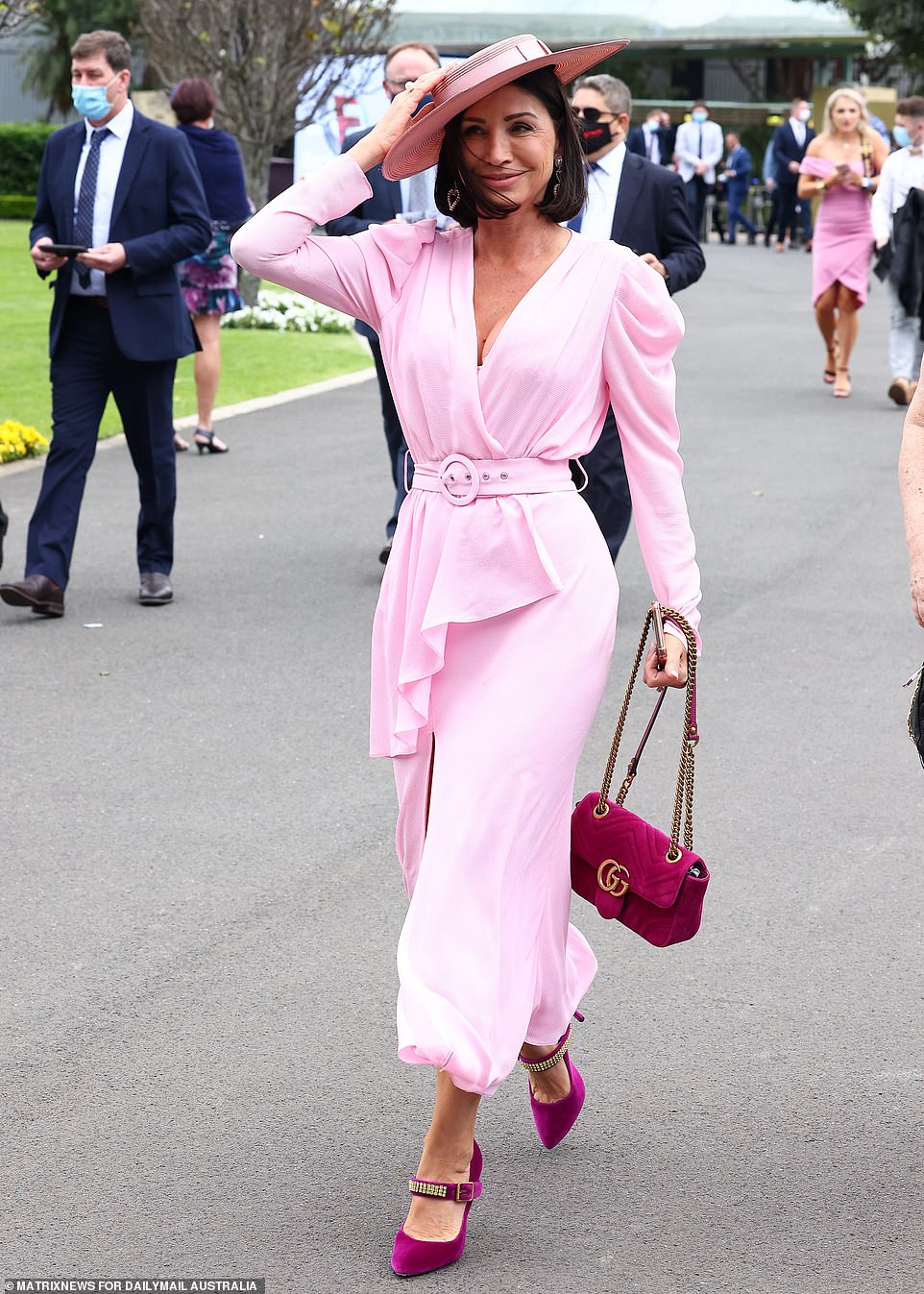 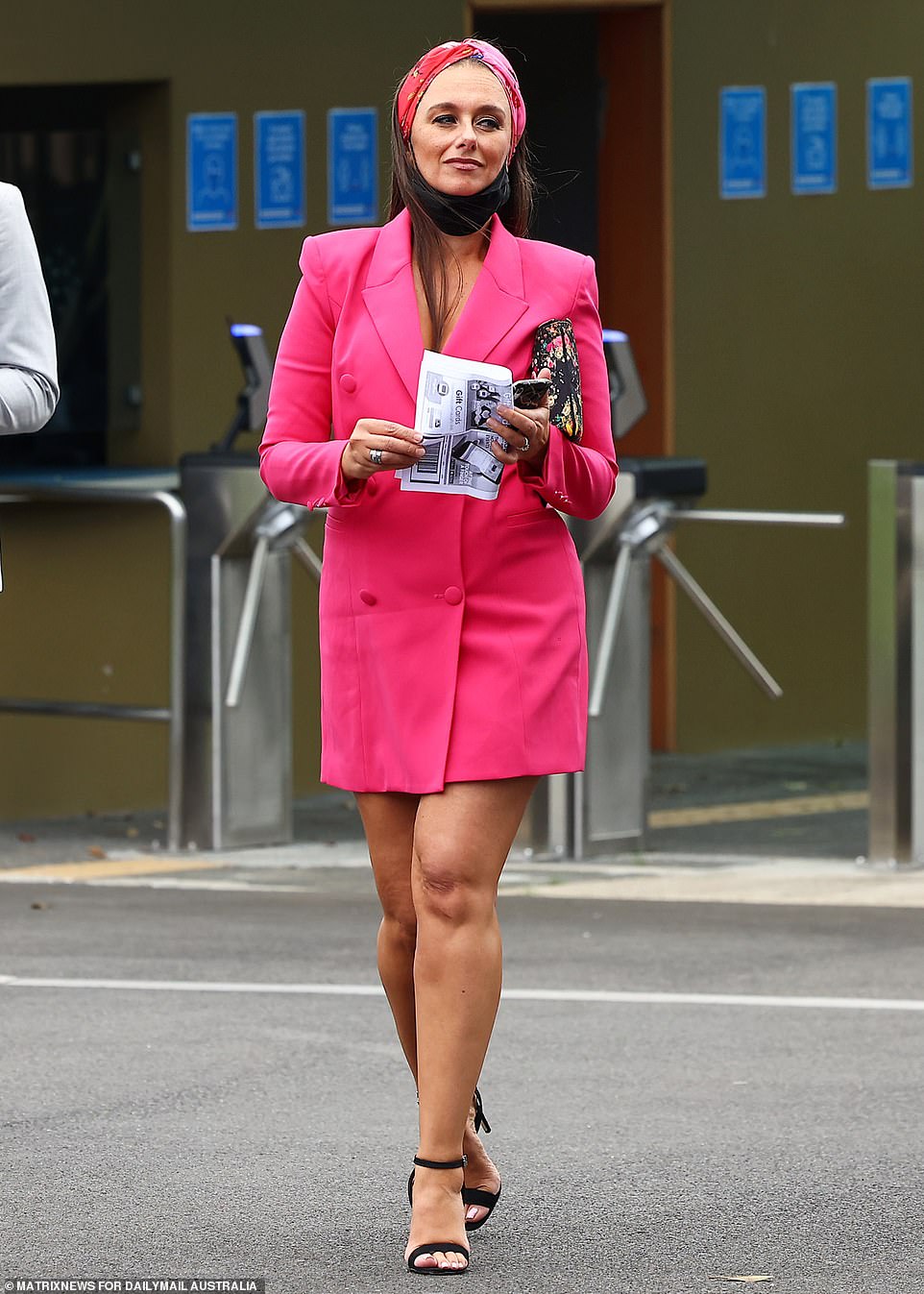 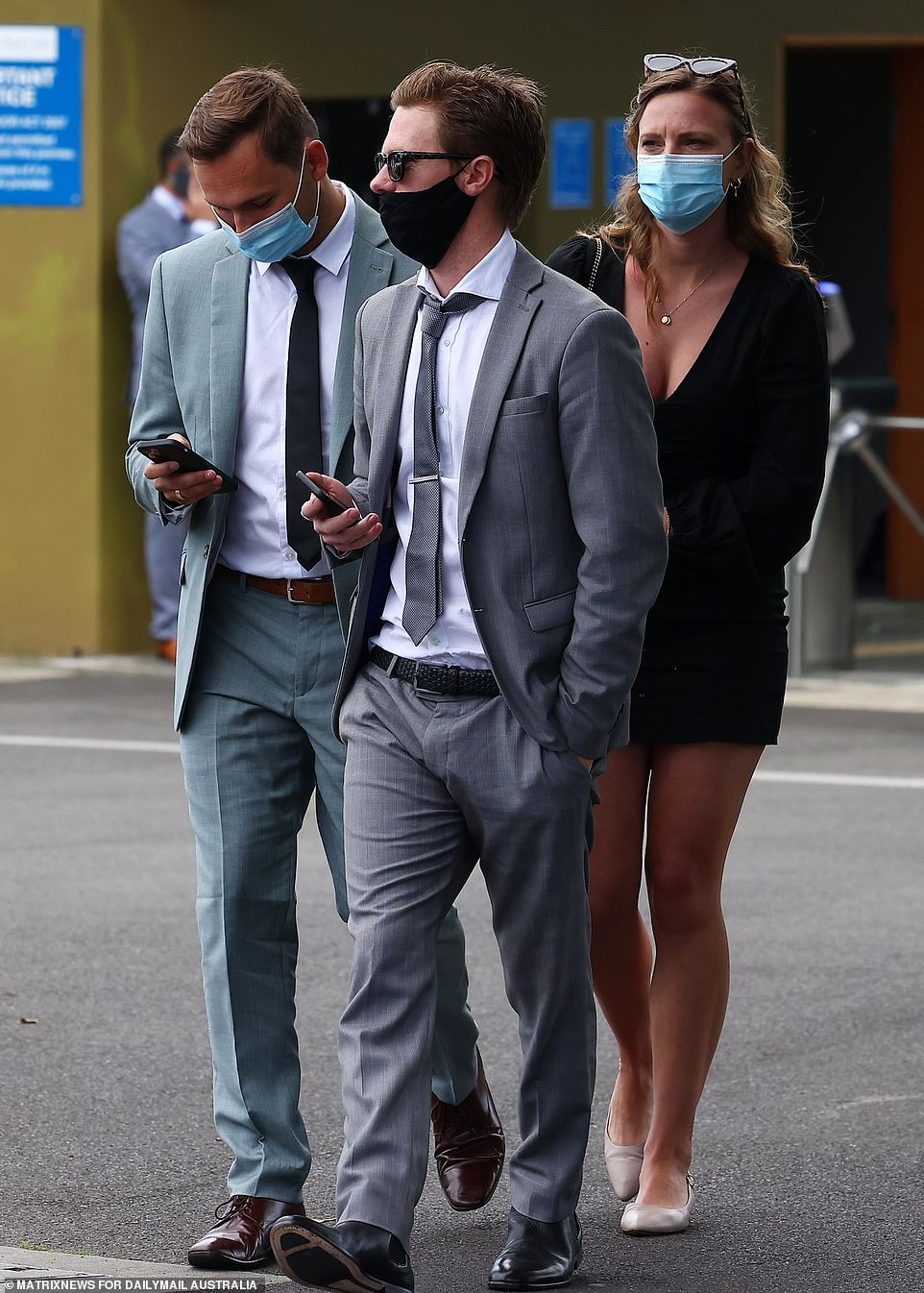 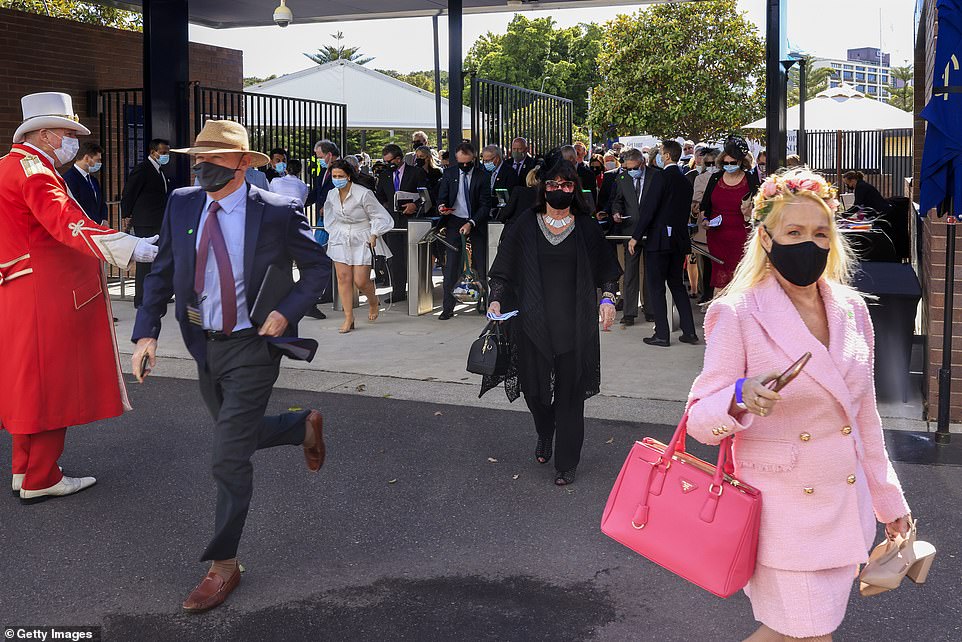 The racecourse will welcome in 10,000 punters on Saturday after NSW Premier Dominic Perrottet approved a higher attendance for the event 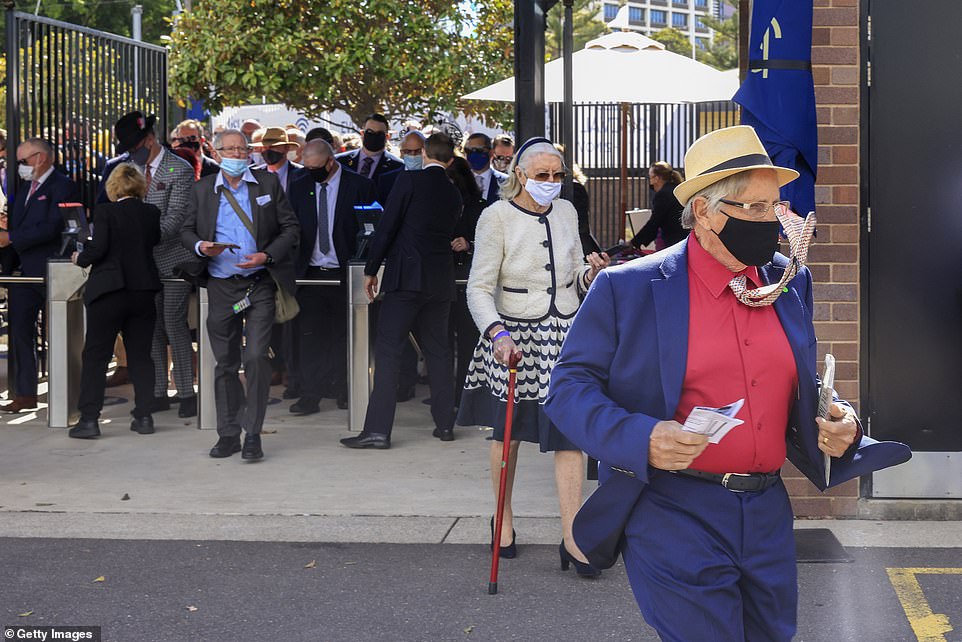 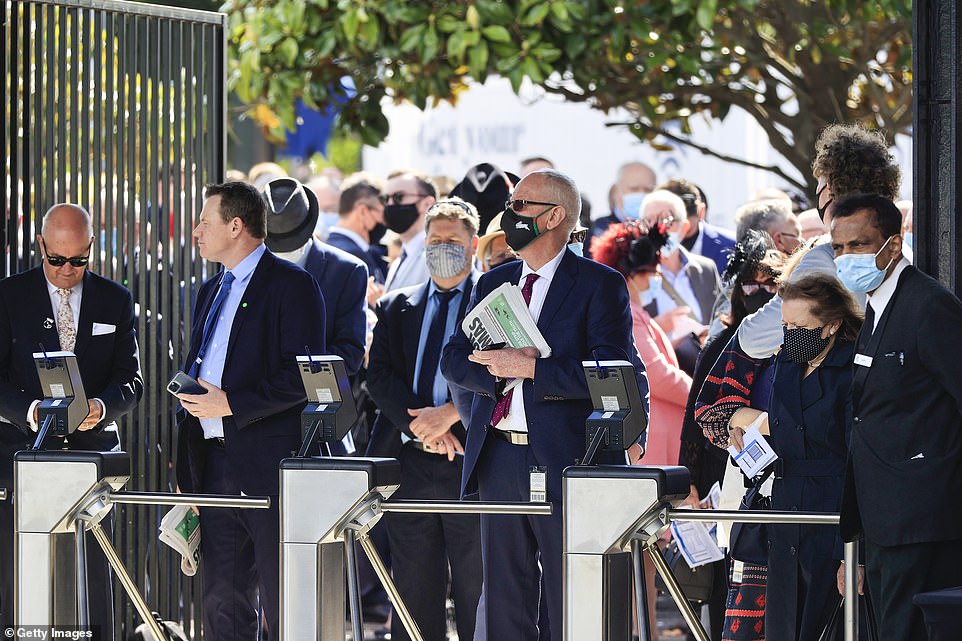 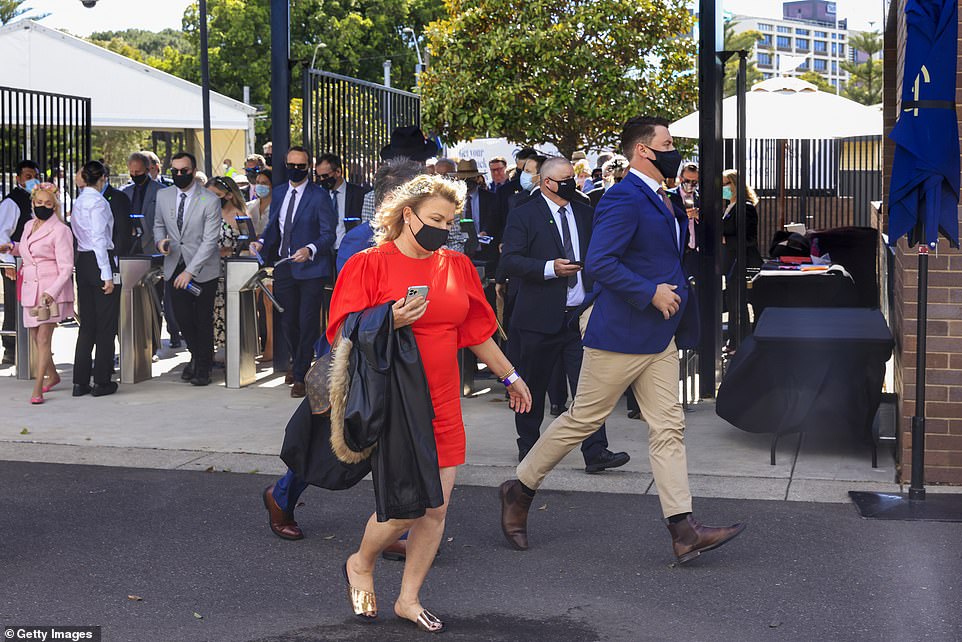 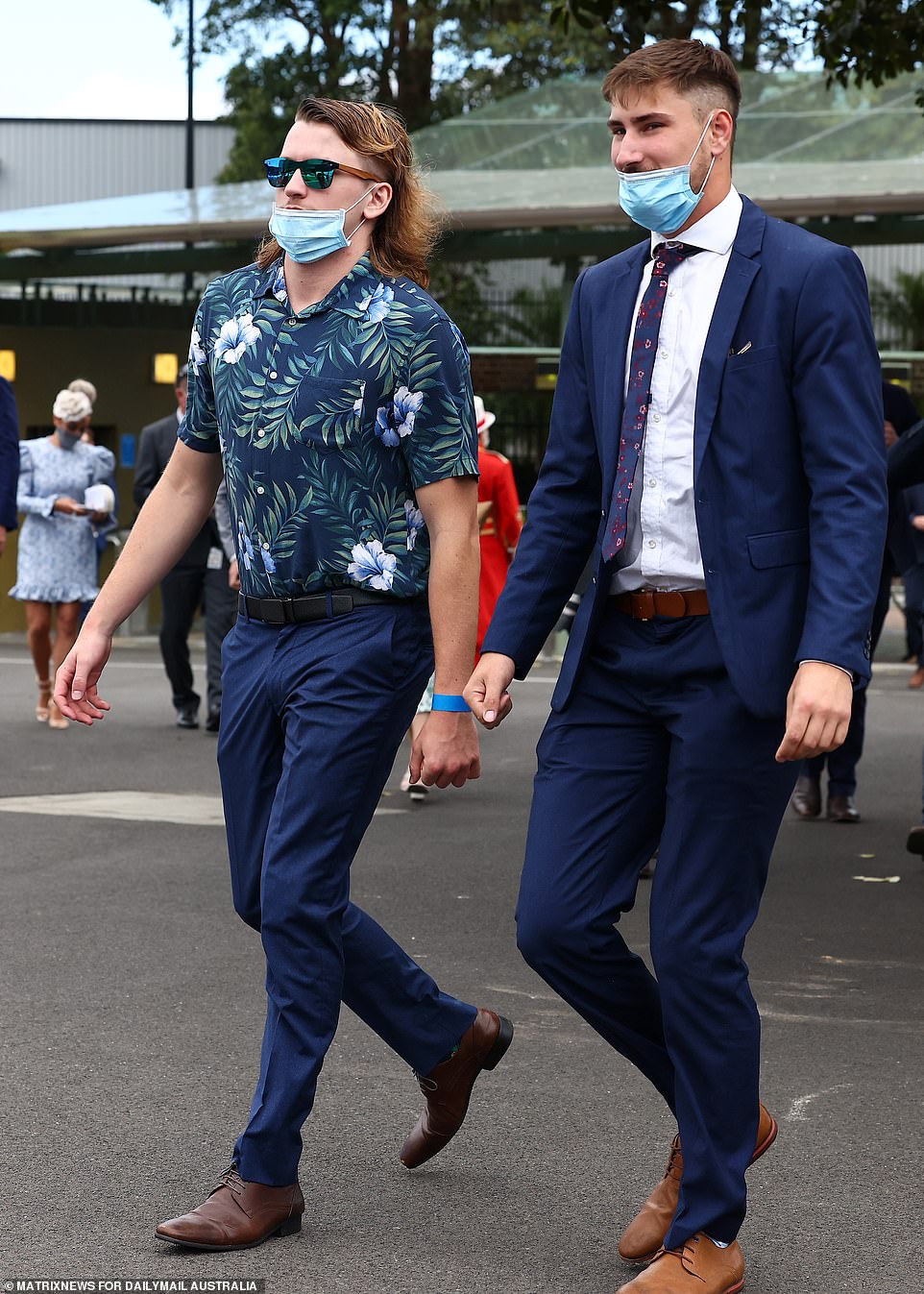 The stallion broke down 800m into its gallop during an early morning warm-up run at Moonee Valley on Saturday, just hours before The Everest was due to kick off.

‘It is with great sadness to report that Cox Plate champion Sir Dragonet has been euthanised after tragically breaking down in a track gallop this morning,’ the Moonee Valley Racing Club confirmed in a statement.

Co-trainer Ciaron Maher was at Moonee Valley as Sir Dragonet was one of 18 horses scheduled to go through their paces ahead of the Cox Plate carnival.

The horse reportedly faltered 800m into his gallop.

‘We’re heartbroken to announce that Sir Dragonet has broken down during a piece of work at Moonee Valley this morning and was euthanised on course,’ Ciaron Maher Racing said in a statement.

‘In the year that the Dragon has been in our care, he has won our hearts with his exploits both on and off the track.’

This year marks the fifth year running for The Everest with Nature Strip tipped as the favourite for the main event which will kick off at 4.15pm.

Sydney copped 10mm of rain on Thursday night which could leave the racetrack soften than usual.

A dozen horses will face off for the starter, with the winner pocketing an eye watering $6.2million in prize money while second place will take home $2.3million. 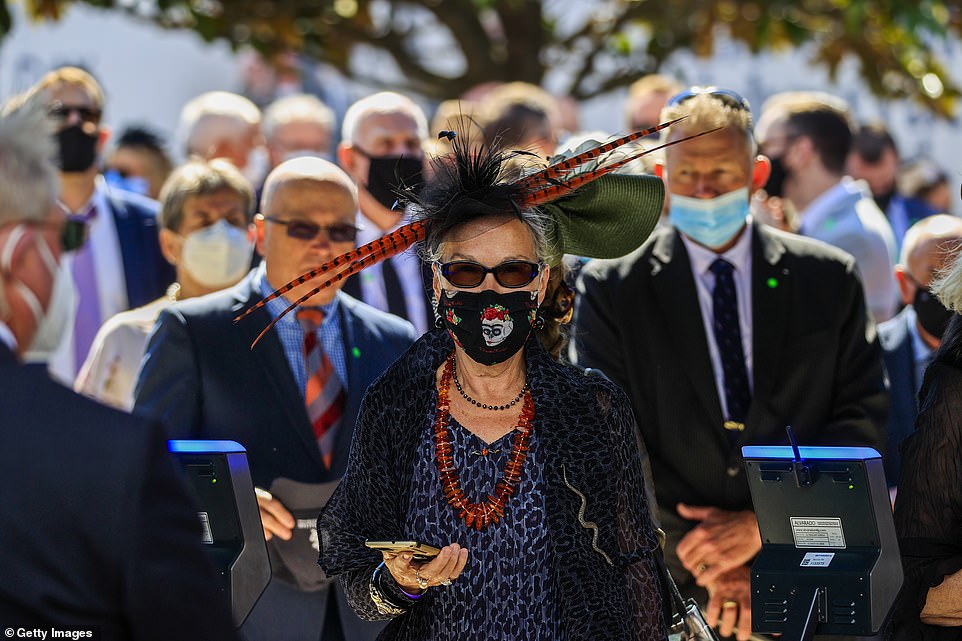 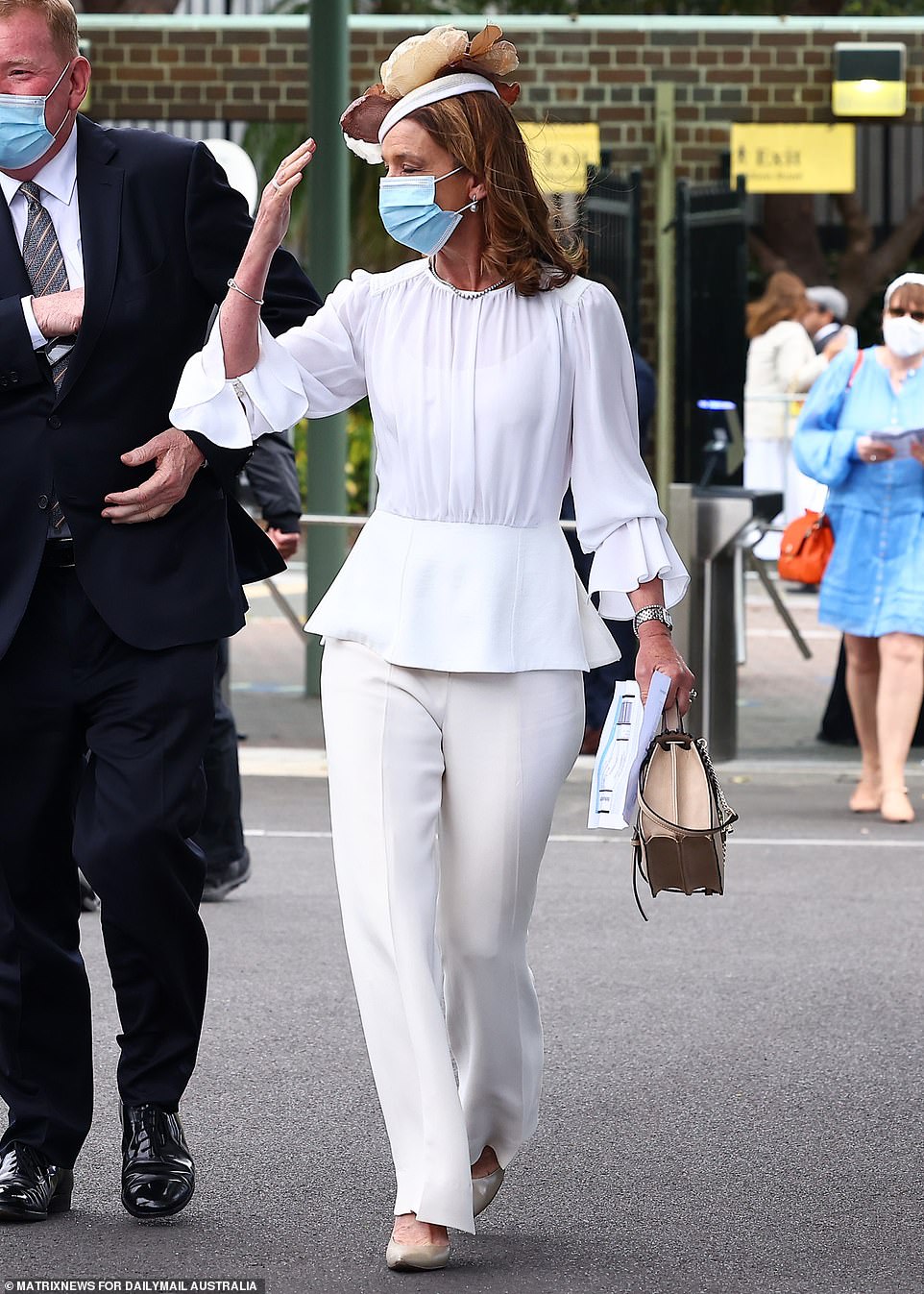 A racegoer chooses a classy all white ensemble as she attends The Everest at Royal Randwick, in Sydney, on Saturday 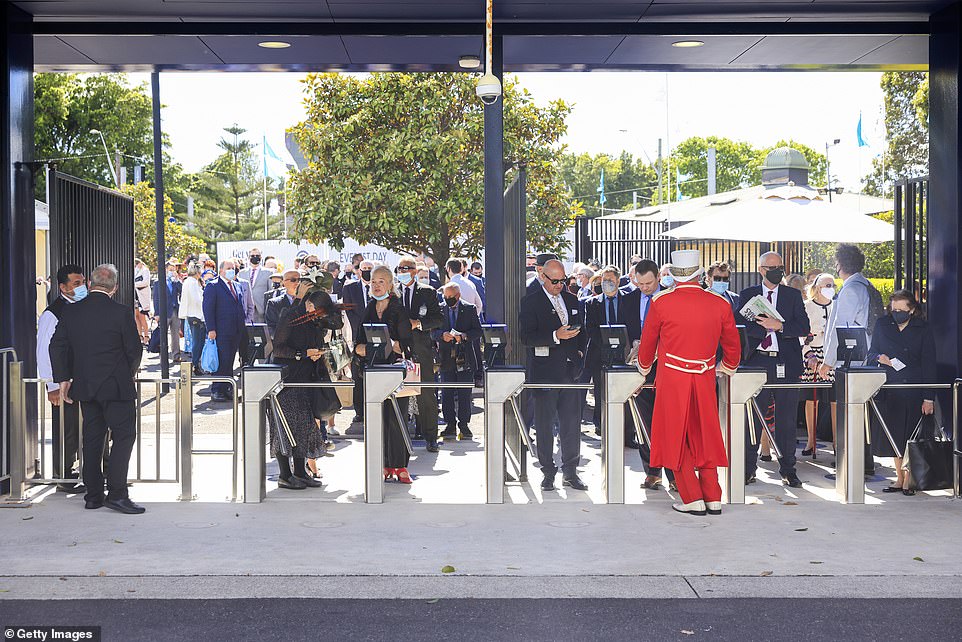 Major events are capped at 5,000 people under current Covid rules but 10,000 have been given the tick of approval to attend The Everest 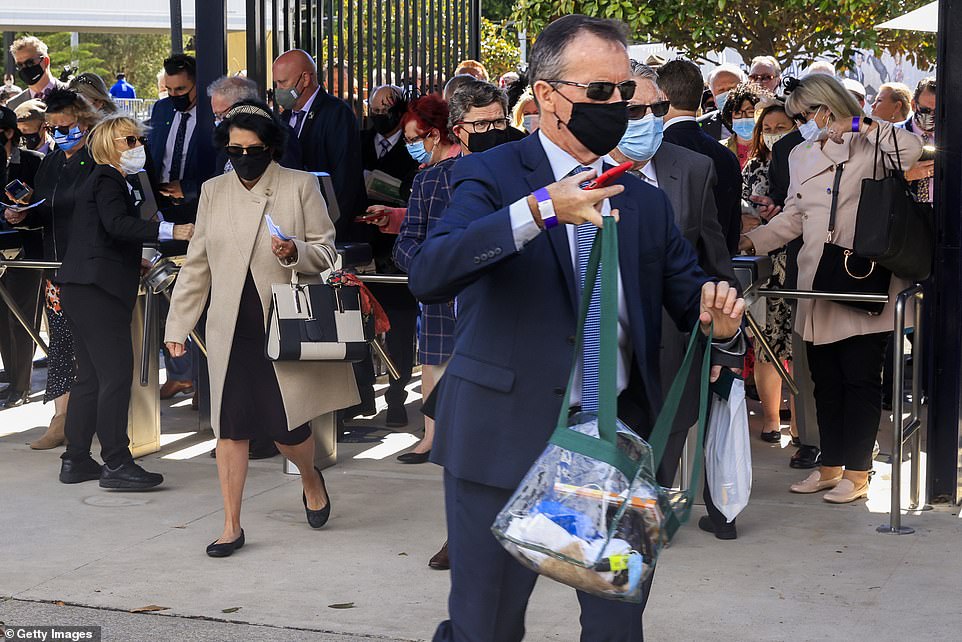 The main event will start at 4.15pm on Saturday afternoon with Nature Strip tipped as the favourite 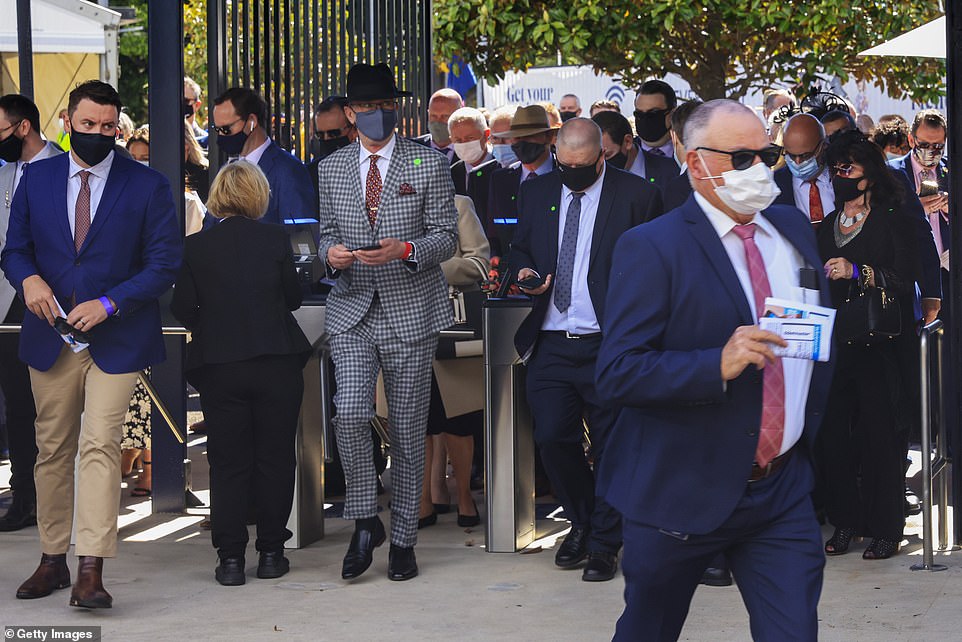 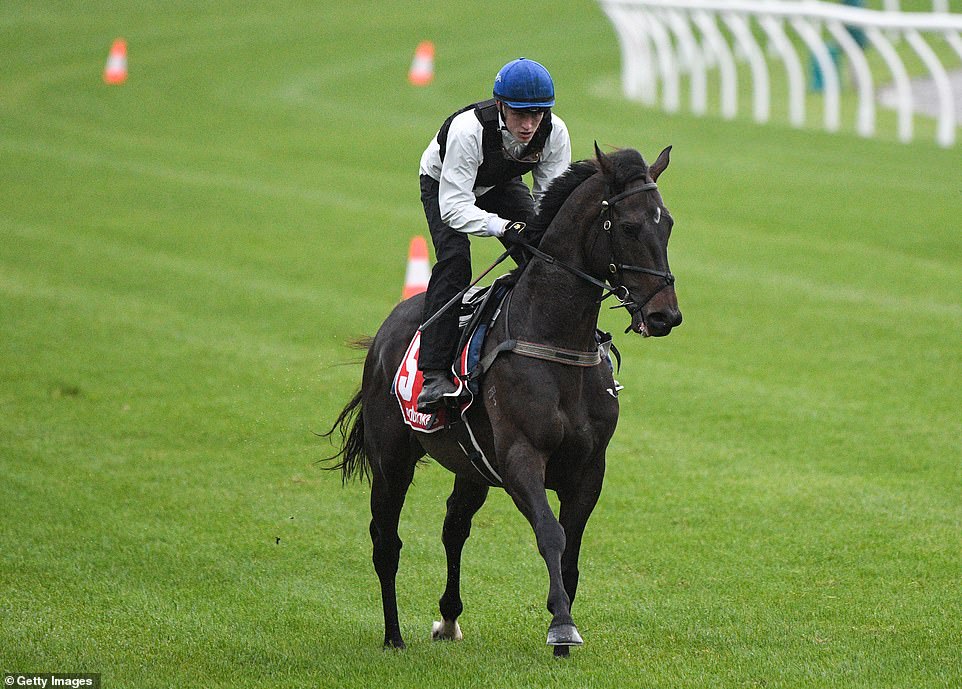