A ten-month-old French Bulldog puppy has died after a United Airlines flight attendant allegedly told the dog’s owner to put it in the overhead compartment.

The owner had boarded United Flight 1284, from Houston’s George Bush Intercontinental Airport to New York, on Monday, with her puppy in its carrier.

But fellow passenger, June Lara, who sat behind the owner on the flight, told Chron.com that a member of the flight crew had told the dog owner to put it in the overhead container.

‘The flight attendants of flight UA1284 felt that the innocent animal was better off crammed inside the overhead container without air and water,’ he wrote on Facebook.

‘They INSISTED that the puppy be locked up for three hours without any kind of airflow. They assured the safety of the family’s pet so wearily, the mother agreed.’

Lara said that when the plane eventually landed three hours later and the owner, who was with her two young children, opened the overheard luggage, the dog was dead.

‘There was no sound as we landed and opened his kennel,’ he wrote. ‘I held her baby as the mother attempted to resuscitate their 10 month old puppy. I cried with them three minutes later as she sobbed over his lifeless body. My heart broke with theirs as I realized he was gone.’ 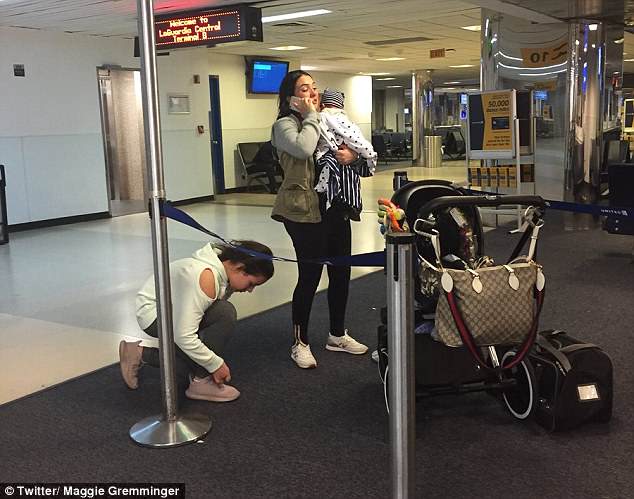 The distressed dog owner, who was with her daughter, 8, and her toddler after the incident puts a call in for help after her puppy died 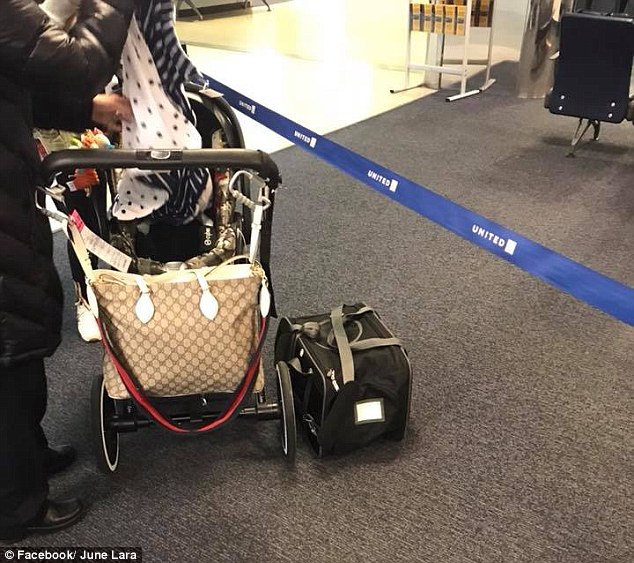 The owner had brought her puppy in a carrier, according to United rules, but should have been placed under her seat

‘This poor family paid $125 for their pet to be murdered in front of them. There is no excuse for the pain this family is suffering.’

Fellow passenger, MaggieGremminger, who also witnessed the incident, said she was ‘disgusted and traumatized’ by the incident.

‘How could a trained flight attendant instruct a passenger to place her dog in that bin. It was her job to understand the plane and it’s rules/limitations.’

United Airlines say they are now investigating the animal’s death and have apologized for the ‘accident.’

They confirmed the puppy, which can cost upwards of $1,000, should never have been placed in the overhead bins.

‘This was a tragic accident that should never have occurred, as pets should never be placed in the overhead bin,’ United stated.

‘We assume full responsibility for this tragedy and express our deepest condolences to the family and are committed to supporting them. We are thoroughly investigating what occurred to prevent this from ever happening again.’

The airline’s policy states that all animals traveling inside the cabin should be in a carrier and ‘fit completely under the seat in front of the customer and remain there at all times.’

In April last year, Simon, an oversized rabbit, died while traveling on a United flight between London and Chicago. 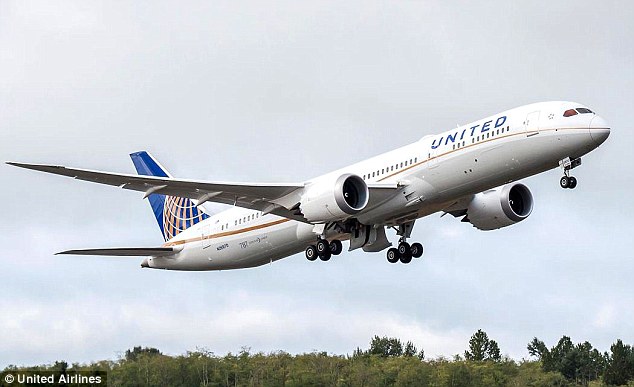