Puppy that ingested an opioid is saved with antidote

A puppy that collapsed after ingesting some sort of opioid in Massachusetts has survived after being given an overdose reversal drug more often administered to humans.

Peter Thibault was walking his three-month-old yellow Labrador named Zoey in Andover, Massachusetts, last week when she picked up a pack of cigarettes on the ground and soon passed out, he told The Eagle-Tribune.

He carried her home and when she got worse took her to Bulger Veterinary Hospital.

‘She just collapsed,’ Thibault told the Eagle-Tribune. ‘I had no idea what the issue was. She was just lying there. I picked her up took, her home and laid her on floor. It seemed she was getting progressively worse, her eyes were rolling back and her tongue was hanging out of her mouth.’

After hearing that Zoey had picked up a cigarette box on the street, a veterinarian administered several doses of naloxone, a drug used to reverse the effects of opioids on humans.

Zoey was in the emergency room for over 12 hours, as dogs need to receive several naloxone doses to survive an overdose. 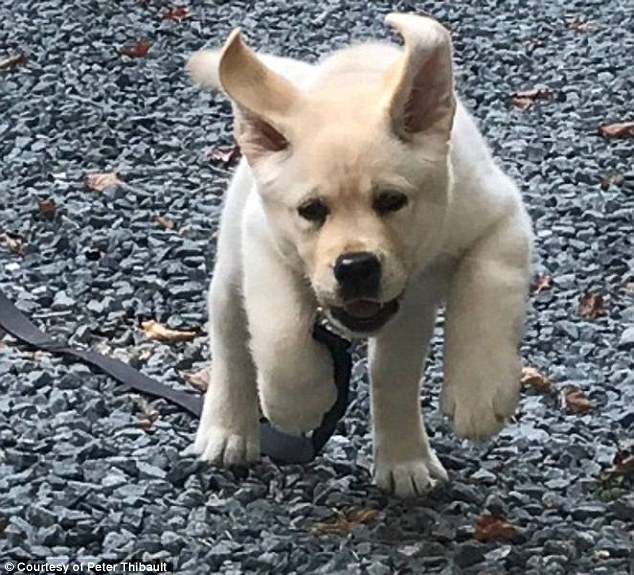 Zoey’s owner, Peter Thibault, took her to the emergency room after she seemed to get worse 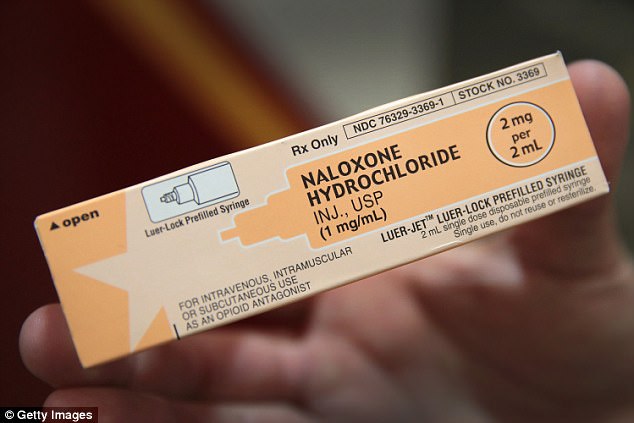 Zoey was saved after a veterinarian administered several doses of naloxone, a drug used to reverse the effects of opioids on humans

Krista Vernaleken, a medical doctor at Bulger, thinks Zoey ingested fentanyl because heroin would have likely taken longer to leave her system and would have required more naloxone.

She said it’s not the first time they have treated a dog for an opioid overdose at Bulger- there have been two or three cases of pets ingesting opioids over the past year, something that serves as a reminder of the gravity of the current opioid crisis.

More than 2,000 people died in Massachusetts in 2016 from opioid overdoses, according to the Department of Public Health.

‘I don’t think people are aware that this is a dangerous thing their pets could get into,’ Vernaleken told The Eagle Tribune. 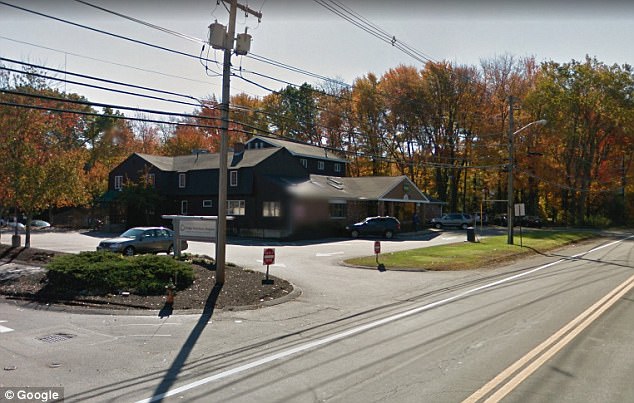 Krista Vernaleken, a medical doctor at Bulger Veterinary Hospital (pictured) ,said it’s not the first time they have treated a dog for an opioid overdose 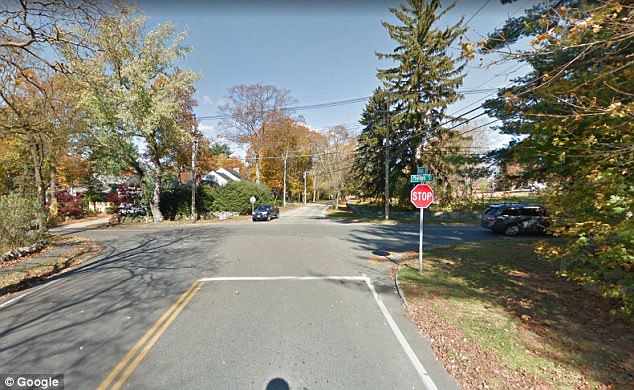 Thibault was worried about finding the drug near the bus stop his children go to to get to school at the intersection of Phillips and Abbott streets in Andover, Massachusetts (pictured)

‘I am especially concerned about these more potent drugs like fentanyl or heroin. They are more lethal. There could be dogs that pass away before they can be seen.’

But Zoey’s owner was more worried about finding the drug near the bus stop his children go to to get to school.

‘To know any one of those kids could have picked up this cigarette box right there on sidewalk and be exposed to this potentially lethal substance is just horrifying,’ he told the local news outlet.

‘It was tragic it happened to our dog, but we’re grateful it wasn’t one of our kids or our neighbors’ kids.’