A mother who suffocated her eight-week-old baby to death after poisoning his milk has been jailed for 14 years.

Judge Clive Lewis ordered she should serve a minimum of 14 years and nine months years before she could apply for parole.

The judge said Turtle suffered from a personality disorder which reduced her culpability.

As there was no premeditation, he was not sure she intended to kill her son but to cause him serious bodily harm.

James was vulnerable and she had breached her position of trust as a mother, Judge Lewis told the court.

She told the court that what Turtle had done was unforgiveable.

Mrs Hughes also said she ‘blamed’ herself ‘for so many different reasons’.

Turtle had denied murder, three charges of ill-treatment and two charges of administering James with her own anti-depression medication in his milk.

But on Tuesday, on day seven of her trial, she admitted all offences and told how she heard voices in her head telling her that she was a bad mother and did not deserve the baby. 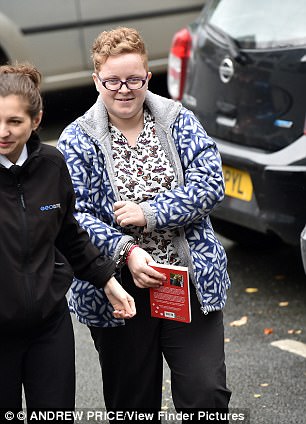 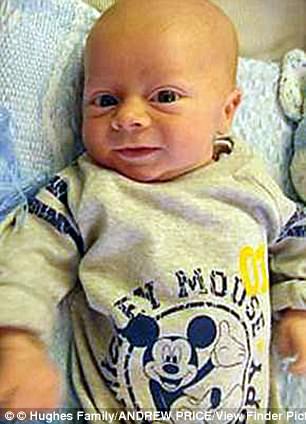 Turtle (left, arriving at court chained to a guard earlier in her trial) admitted murdering her son James (right), after changing her plea, at Mold Crown Court

Turtle also received six months for cruelty and 12 months for administering a noxious substance, to be served concurrently.

In an emotional statement, James’ family spoke of their heartache.

It read: ‘On 13th June 2016 we sadly lost James. We all miss him more than words can say and our lives will never be the same again.

‘As a family we have all been to hell and back through the initial loss of James, to the build-up of going to court and finally today now that justice has been served.

‘We were all so scared about giving evidence in court, not because we had anything to hide, but just having to face the emotionally challenging prospect of seeing the person who murdered our son.

‘She had the opportunity to prevent this additional torment, but she failed to do so.

‘As a family we are all still suffering every day and we all feel in our own different way despair at what has happened.

‘We will continue to support each other in every possible way that we can. Ian Hughes (left), the father of James and former partner of Turtle, and Kathleen Hughes (right), grandmother of James, are pictured outside Mold Crown Court in North Wales today

‘We have received lots of messages of support from members of the community and all sides of James’ family for which we are truly grateful, but as a family we now need some time to continue to grieve.

‘We would like to thank North Wales Police for all their hard work and the compassion that they have shown us.

‘James will always be our little angel.’

North Wales police praised James’ family for their ‘dignity’ during the trauma of the courtcase.

DCI Andy Williams said: ‘We extend our sincerest condolences to baby James’ family. This has been a very difficult and traumatic case for officers to deal with, but today justice has been done.

‘We have supported the family at every stage of the investigation and we admire the dignity they have shown throughout.

‘North Wales Police has been working with the North Wales Safeguarding Children’s Board which will now look to complete a Child Practice Review.’ 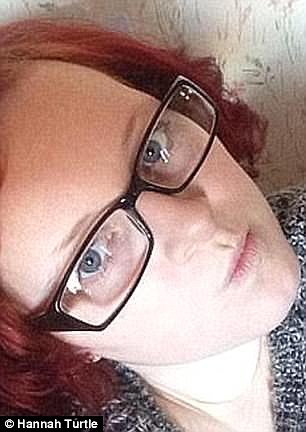 Turtle (pictured) sat in the dock at the court today with her head bowed, crying quietly

In May 2016, she put her hand over nose and mouth and stopped him breathing despite him struggling against her.

Previously, the trial was delayed when Turtle was said to be feeling unwell.

Half a day was lost when she had apparently self harmed after buying a razor at the prison shop. She was said to have caused herself superficial injuries.

The court previously heard that Turtle had said: ‘I wish I had never done it. I know I need help.’

Turtle sat in the dock today with her head bowed, crying quietly. She is expected to be sentenced on Thursday.

The judge said he had read reports from forensic psychiatrists instructed by the prosecution and defence – and he would be able to take those reports into account.

Gordon Cole QC, defending, said the jury had not heard the psychiatric evidence but said there was relevant material available which would go to mitigation.

Infanticide was no longer an issue, but post-natal depression was, he said.

While she had no mental illness it was agreed that she suffered from a personality disorder.

During the trial, prosecuting barrister David Elias QC told the jury that after putting forward different versions of events, she accepted that she had caused his death but did not mean to do it.

Turtle accepted that she stopped him breathing on three occasions within a ten-day period. It was the third episode which led to his death.

On May 31, 2016, she deliberately pinched his nose so that he was unable to breathe and he turned blue. Paramedics were called, he received hospital treatment and he was discharged back to his family, apparently in good health.

But the following day, on June 3, when alone with her son, she deliberately suffocated him again when he became floppy. He was resuscitated, he suffered a fit on the way to hospital, and doctors could find no medical reason for his condition. 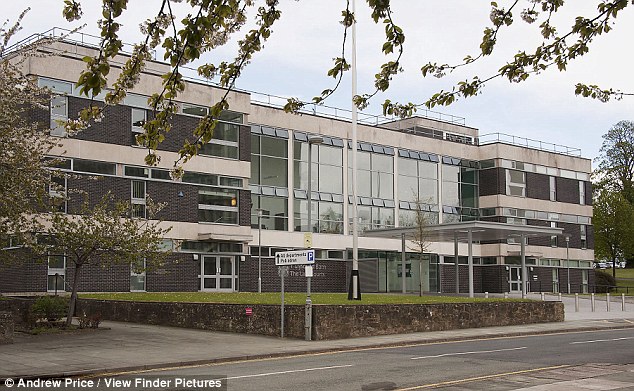 James returned home on June 6 but three days later the prosecution say she murdered him. Mr Elias said that she put her hand over nose and mouth and stopped him breathing despite the fact that he was struggling against her.

He was flailing his arms about and it went on for between five to ten minutes, he said.

She sat with his life-less body for several minutes, went to check on her mother-in-law, went to the toilet and, on her return to her room, pretended that she had just found him.

James did not recover from the last episode. He suffered brain damage from a devastating lack of oxygen and blood, and died in hospital on June 13 aged 58 days.

Turtle initially denied being responsible but then told a social worker and repeated it to a nurse that she had killed him.

She said she needed help and had heard voices telling her that she did not deserve James. ‘I wish I had never done it. I know I need help,’ she said.

The jury was told that when refused permission to go to the funeral she made false allegations against her partner Mr Hughes.

But in a later letter to the police she admitted that she was responsible. Turtle had denied murder, three charges of ill-treatment and two of administering poison.