One of Vladimir Putin’s most loyal anti-Western cheerleaders was accused today of sexual harassment as the #Me Too movement reached the gates of the Kremlin.

Women journalists complained that they had been abused by powerful 50-year-old Leonid Slutsky, who heads the Russian parliament’s international affairs committee.

One anonymous woman reporter covering politics complained that he had put his palm on her crotch.

Another without naming herself said that ‘he would only come to the studio if I had dinner with him’.

Women journalists complained that they had been abused by powerful 50-year-old Leonid Slutsky (pictured). Slutsky has angrily denied the allegations

When he arrived at her studio ‘he tried to kiss me on the lips and touch my buttocks’, she alleged.

Slutsky has angrily denied the allegations and won the support of his ultranationalist party in insisting that the charges are untrue.

Confronted by Dozhd (Rain) TV which first aired the women’s claims, he said bluntly: ‘Never. I’m not like that.’

Slutsky – known for his pithy anti-Western quotes – told the online channel that he had spoken to all journalists working in the Russian parliament — and none had admitted to making the claims against him.

He threatened the channel with a lawsuit.

The accusations against the prominent Bentley-owning politician were aired by Dozhd presenter Yelizaveta Antonova who admitted she had never herself faced unwanted advances from Slutsky. 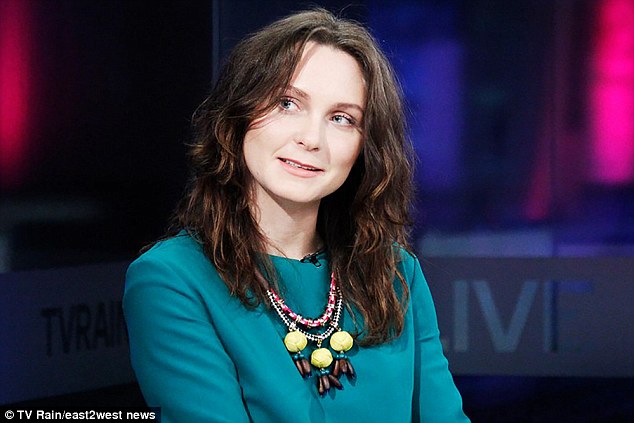 The accusations against the politician were aired by Dozhd presenter Yelizaveta Antonova (pictured), who admitted she had never herself faced unwanted advances from Slutsky

Antonova described complaints she claimed to have received from her colleagues, saying that all asked to remain anonymous because they feared for their jobs.

None of the women has complained to the police yet, said the channel.

One woman journalist from the parliamentary pool said said she had approached Slutsky for a comment on a topical matter.

‘I haven’t communicated with him since and have been avoiding him.’

She regarded his alleged actions and other comments he made to her as harassment, she said. 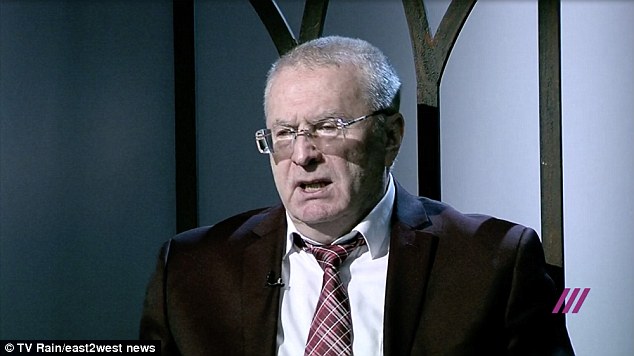 LDPR presidential candidate Vladimir Zhirinovsky (above) said on TV: ‘This is the first time I’ve heard this’

Another journalist claimed harassment by the politician but said she did not complain because she feared she would be barred from working at parliament.

Popular newspaper Komsomolskaya Pravda has said that Slutsky ‘prefers smart blonds but has no time for a private life’.

He had been married and has an adult daughter, but is now divorced, it was reported.

LDPR presidential candidate Vladimir Zhirinovsky said on TV: ‘This is the first time I’ve heard this. 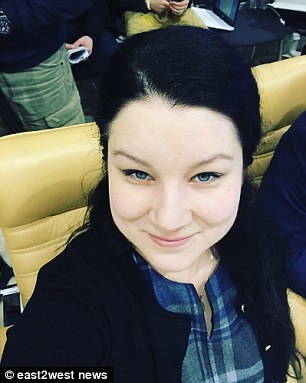 While the alleged behaviour may not be ‘good’, he claimed in rambling comments that Slutsky, an ex-banker, may have had a ‘motive’, in trying to get the women to ‘take an interview from him’.

Then he added: ‘I remember that in junior high school we pulled the girls’ pigtails so they turned and looked.

‘There was no other way for us.’

Zhironovky’s son, Igor Lebevev, parliamentary vice speaker, said the allegations against the politician were ‘a gross violation of ethics’ and an insult.

He vowed to seek to deprive the women journalists of their accreditation to parliament, a move that would stop them from working.

Supporters of the women said that complaints against Slutsky, a graduate of the prestigious Moscow State Institute of International Relations, were made at least two years ago.

But parliamentary journalist Yekaterina Vinokurova wrote: ‘Wow, it seems #metoo is starting in this country.’

Meanwhile one Twitter user said: ‘It turns out that we have our own Harvey Weinstein in the State Duma (parliament).’