Putin plans to ‘mobilize another 2 million including 300,000 women’

Putin will ‘mobilize another 2 million including 300,000 women’ and ‘impose martial law in Moscow’ but may use crackdown to ‘bow out in favor of handpicked successor’

Speculation is swirling in Russia that Vladimir Putin will soon demand a massive new mobilization drive in a desperate effort to halt calamitous defeats to Ukraine. This comes despite Ukrainian President Volodymyr Zelensky warning Moscow that it must withdraw from all occupied territories if there is to be any lasting resolution to the war. 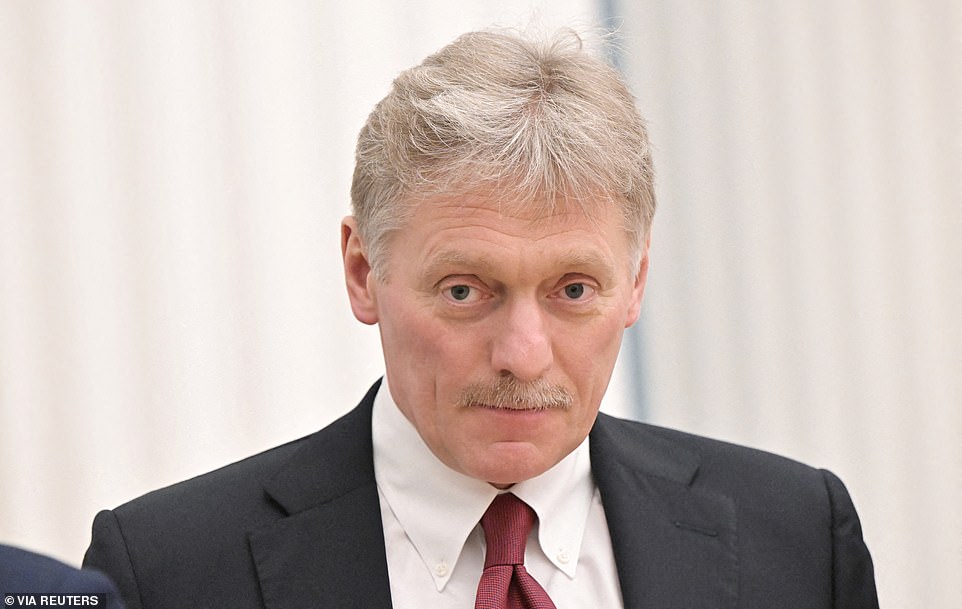 It’s also been predicted that such a move could be a diversion tactic for Putin to step down and hand over power, with the leader reportedly suffering ill health in recent months. Today, Putin’s spokesman Dmitry Peskov (pictured) denied the Kremlin warmonger would make an imminent announcement. ‘Media information about Putin’s address, which allegedly will announce the “mobilization of the country” is not true,’ said Dmitry Peskov. 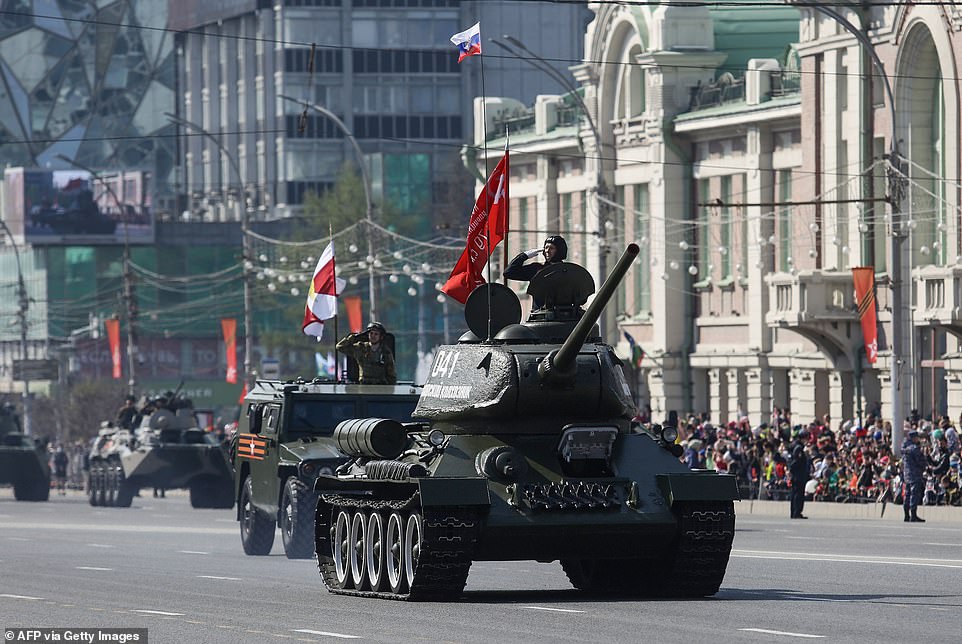 Yet such denials are only fueling speculation that a move to go beyond the 300,000-plus already conscripted is not far away. This is in part because Putin has failed to sign the necessary decree to end the first wave of mobilization. One version is that he could draft up to two million — including 300,000 women — in an attempt to turn the war into a national crusade. The move is likely to be coupled with martial law in key cities, including Moscow, say Russian sources. Such a scenario might act as political cover enabling him to hand over power in the event of worsening health, say some observers convinced he is terminally ill — despite regular recent appearances, including foreign travel to Armenia. 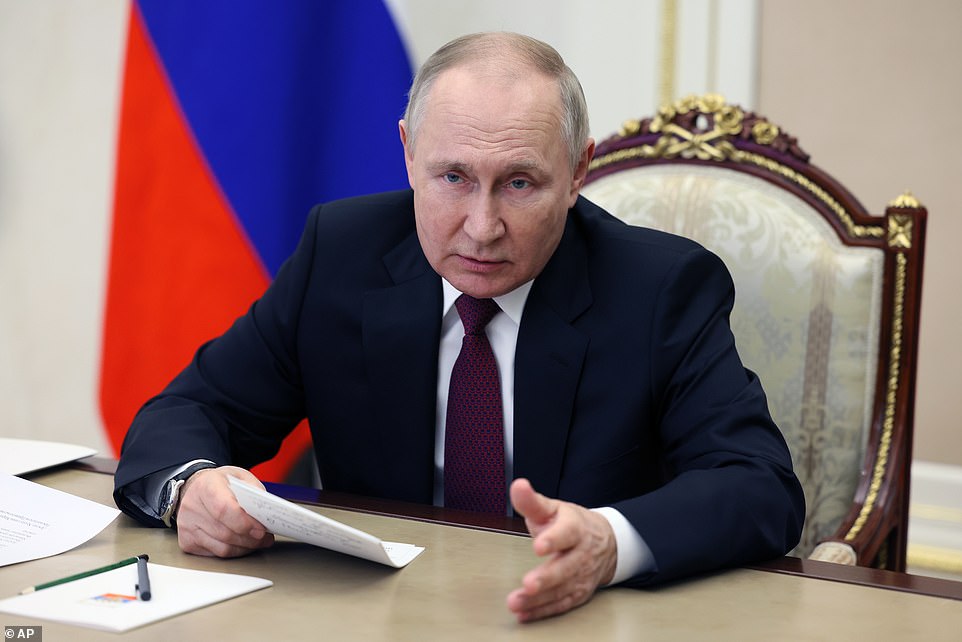 Rumors suggest Sergei Kiriyenko, 60, his authoritarian deputy chief of staff and an ex-PM, could replace Putin, while others focus on Dmitry Patrushev, agriculture minister, and son of the president’s hardline chief security apparatchik Nikolay Patrushev, who would be power behind the new ruler. ‘Putin considers it ‘sufficient’ to call up another two million people, of which about 300,000 are women,’ alleged General SVR Telegram channel which expects this to be triggered in January. ‘A large number of victims among those mobilized, according to the president, will only rally Russian society and strengthen the current regime, and regardless of whether the result will be victory or defeat.’ 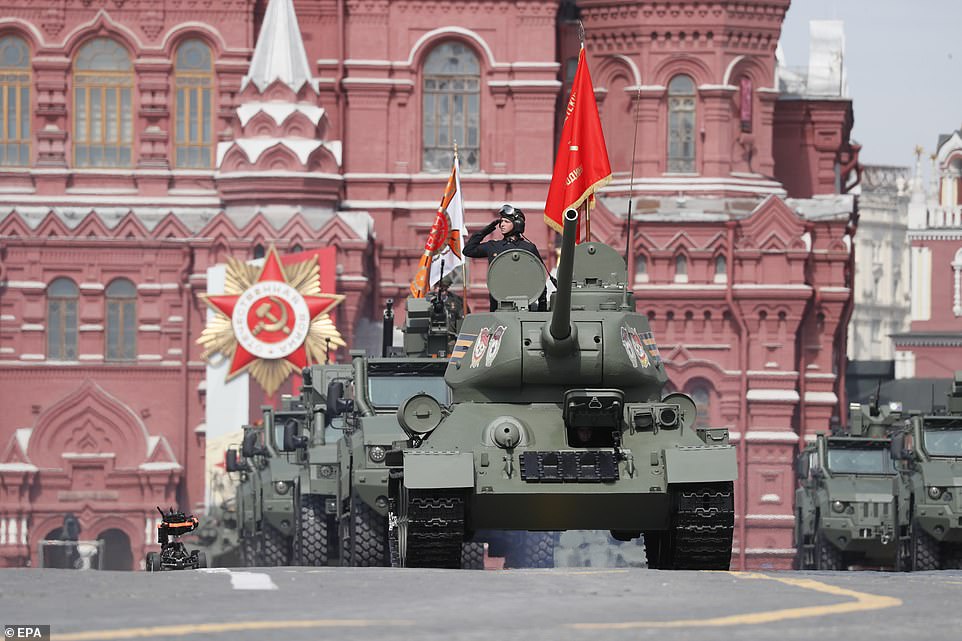 Putin-watcher Valery Solovey, former professor at Moscow’s prestigious Institute of International Relations, said: ‘The intention [is] to mobilize not 300,000, 400,000, or 500,000 but, with luck, up to two million people, including 300,000 women after the New Year celebrations. Moreover, it is planned to conduct mobilization at the same time as introducing martial law.’ He warned: ‘It is supposed to extend the martial law either to the entire Russia or to a significant part of its territory including the Russian capitals — the cities of Moscow and St Petersburg.’ Many might be mobilized to work in factories supporting the war effort, according to the expert. ‘You can be sent to work strengthening the defense capability of the country,’ he said. 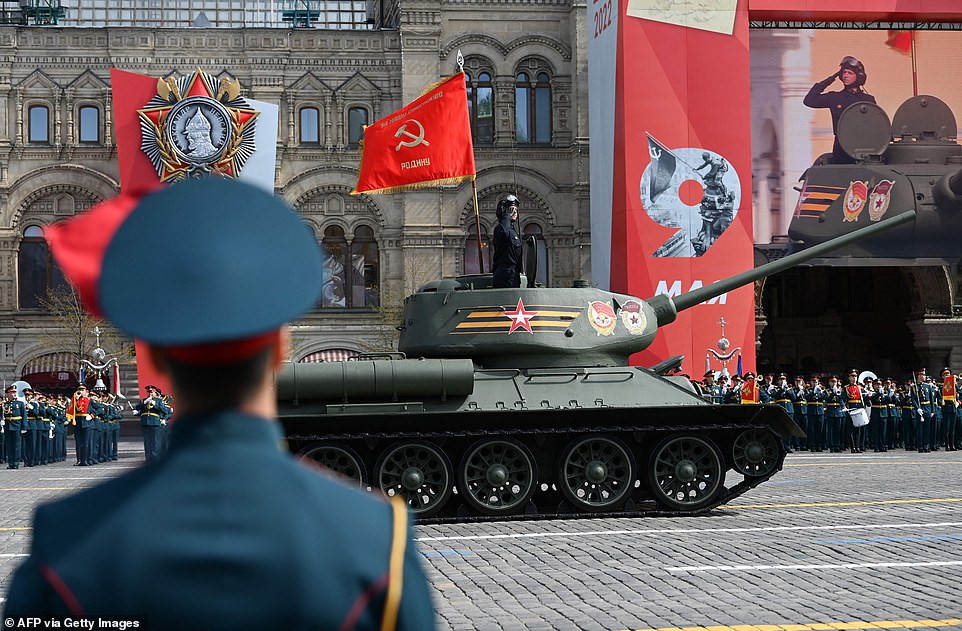 Companies could also be taken over by the state or put in the hands of pro-war Kremlin cronies, with Solovey saying: ‘There is an opportunity for this to be done under martial law.’ Solovey is convinced Putin will go in the next 13 months, due to his spreading cancer. ‘He will most certainly leave before 2024,’ he forecast. ‘It is even possible he will announce his departure before the New Year, but this depends on his state of his health.’ The Putin expert also pointed out how former leader Boris Yeltsin suddenly left, announcing on the eve of the new millennium that he was handing over to virtually unknown ex-KGB agent Vladimir Putin. ‘If on the morning of 31 December 1999 you were told that he would retire by the evening, would you believe it or not? No-one would have believed it.’ 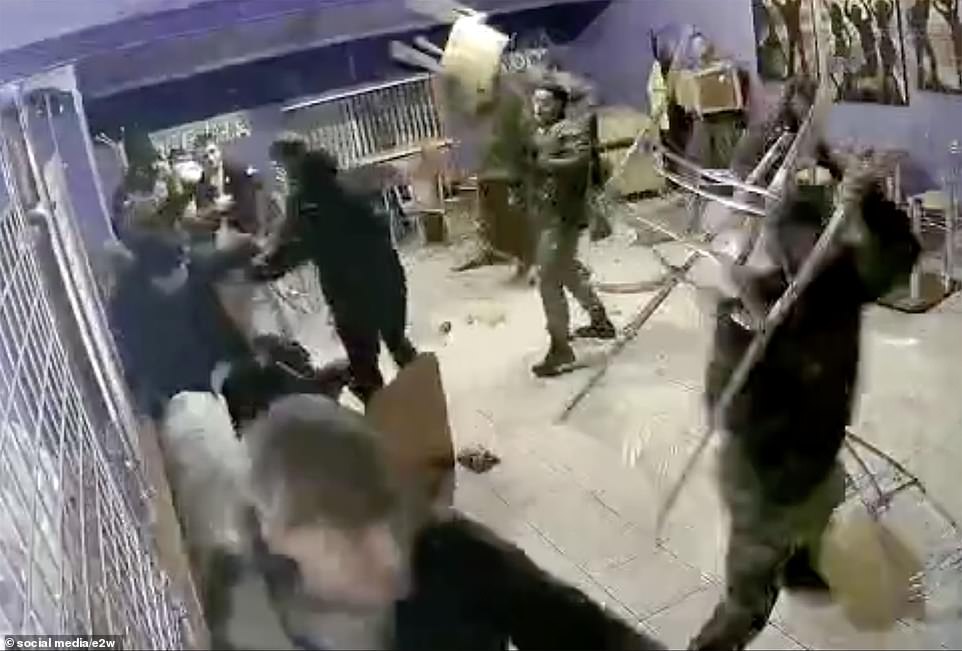 Meanwhile, it’s believed that any new conscription drive would be beset by a lack of military training facilities for the first wave, announced by Putin in September. Many men were thrown into the frontline unprepared, triggering claims of Putin using them as cannon fodder. Earlier this week, men mobilized by Vladimir Putin to Ukraine prepared for war by brawling in a Russian nightclub (pictured). Shocking footage showed a fight in Yurga, Kemerovo region on a night out from a training camp ahead of the men being sent to Ukraine. 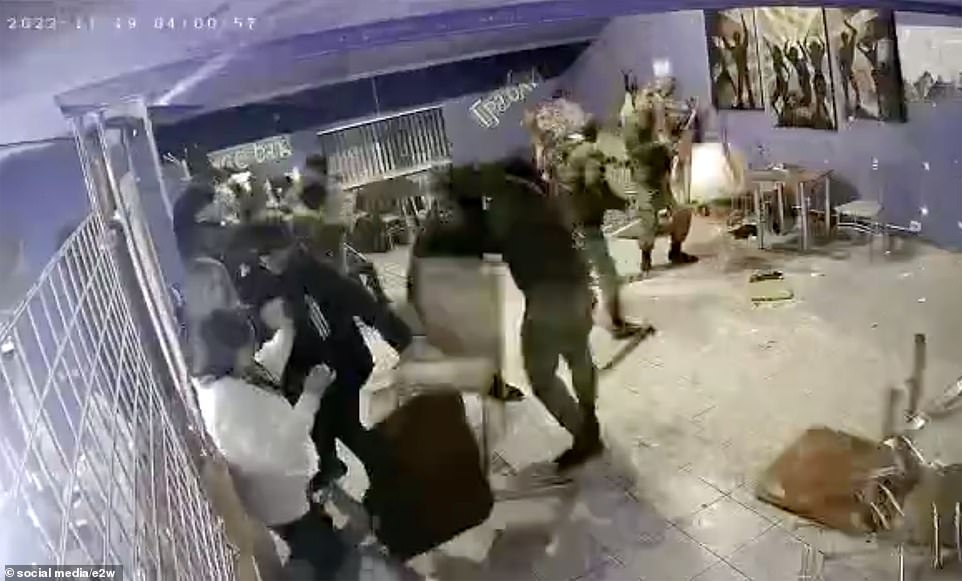 The uniformed conscripts are seen battling with civilians in the latest example of ill-discipline in Putin’s ranks. The club was laid waste as the soldiers battled one another ahead of reaching Ukraine. Speaking to the Financial Times, Ukrainian President Zelensky said Putin’s forces must be removed from all Ukrainian land for there to be any hope of the war concluding. ‘We must return all lands,’ Mr Zelensky said, ‘because I believe that the battlefield is the way when there is no diplomacy. If you can’t get your land back entirely, the war is simply frozen. It’s a question of time before it resumes.’ 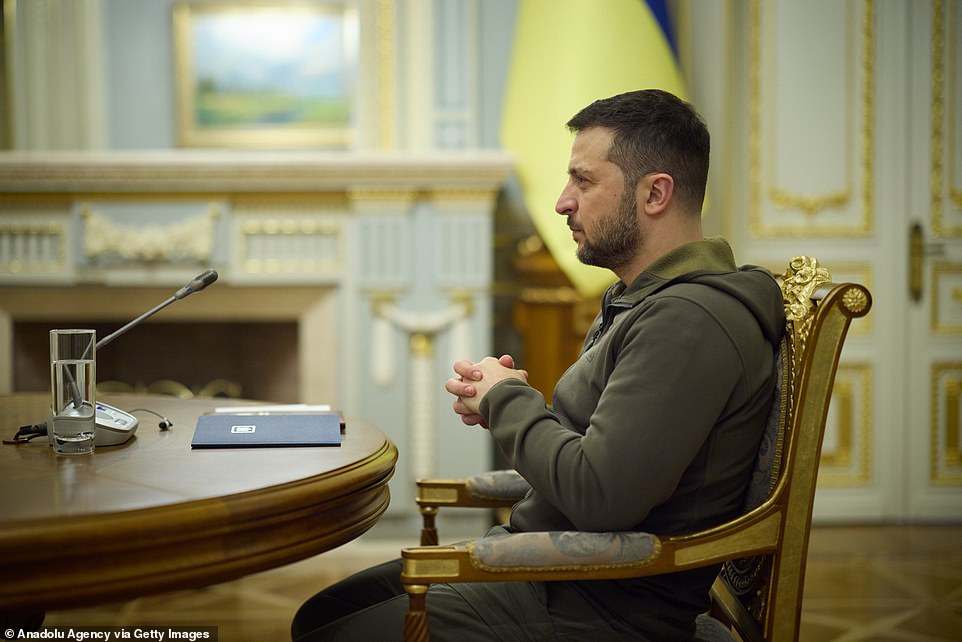 The Ukrainian leader’s comments came following increased fears from Western allies that the war could escalate — particularly if Ukraine made any attempt to take back Crimea, the region illegally captured by Russia in the 2014 annexation. The West fears that if Ukraine sought to take back Crimea, Putin could match his threats and use nuclear weapons. Zelensky admitted that Crimea’s fate had been of increased concern to the international community, but said ‘if someone is ready to offer us a way regarding the de-occupation of Crimea by non-military means, I will only be in favor.’ 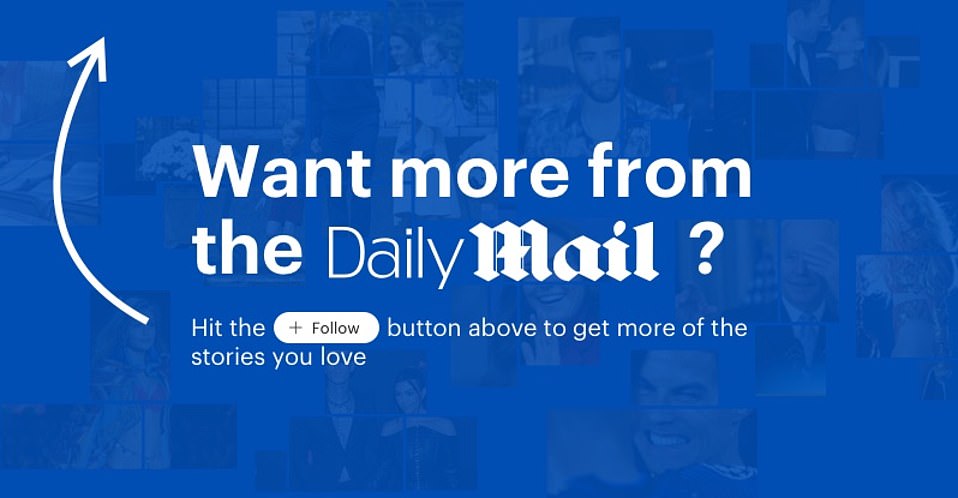