Russia today revealed chilling new footage of its ‘meteorite’ hypersonic missile Avangard being readied for combat in yet another nuclear threat to the West.

Footage shows the weapon – which is delivered to targets at 27 times the speed of sound – being installed in an underground launch silo in the Orenburg region, southwest Russia, near the Kazakhstan border.

The missile with a hypersonic glide vehicle is fired outside the earth’s atmosphere before striking any target in the world in less than 30 minutes, claims Moscow.

Like other Russian hypersonic missile systems, Vladimir Putin claims the West has no means to stop it. 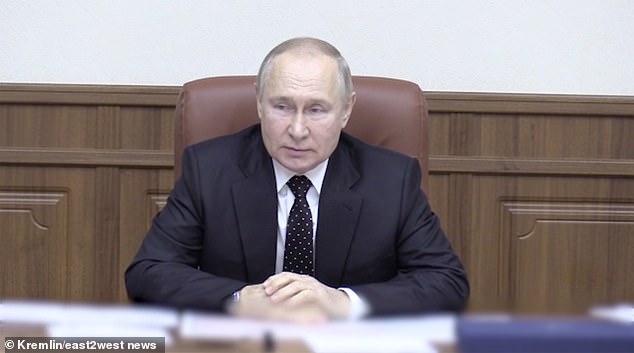 Putin, pictured this week, has previously claimed the Avangard strikes ‘like a meteorite’ and is ‘invincible’ – unstoppable by any defence system

Today’s emplacement of the 20,000mph (32,187kmh) Avangard beast follows three consecutive days in which Putin has showcased the deployment of new Yars nuclear missiles in Kaluga and Tver regions.

The Kremlin revealed Putin had spent all of Friday with his military commanders in discussions over the war in Ukraine.

The day saw the unleashing of dozens of missiles on Ukraine – many of which were successfully shot down by Kyiv’s air defences.

Putin demanded ideas from his commanders including General Sergei ‘Armageddon’ Surovikin – who is in overall command of the Russian offensive.

The president was accompanied by both defence minister Sergei Shoigu and chief of the general staff Valery Gerasimov, both of whom are rumoured to be sidelined in the war. 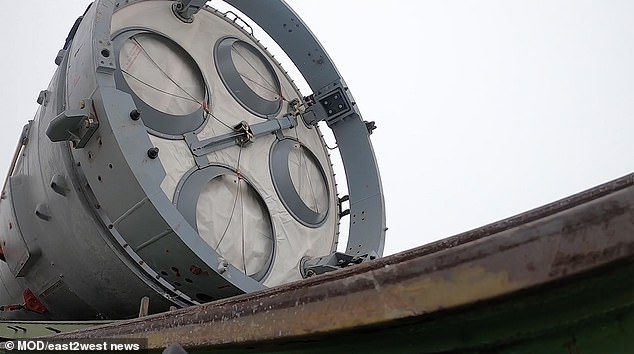 Footage shows the weapon – which is delivered to targets at 27 times the speed of sound – being installed in an underground launch silo in the Orenburg region, southwest Russia, near the Kazakhstan border 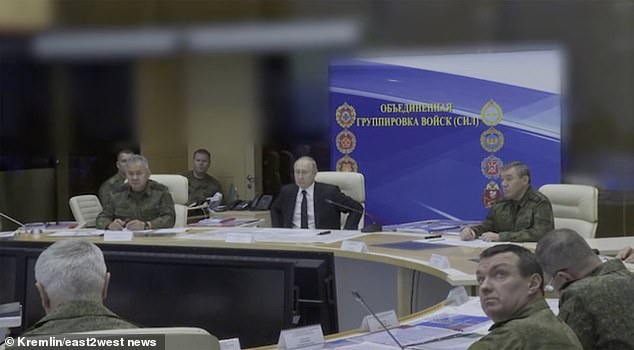 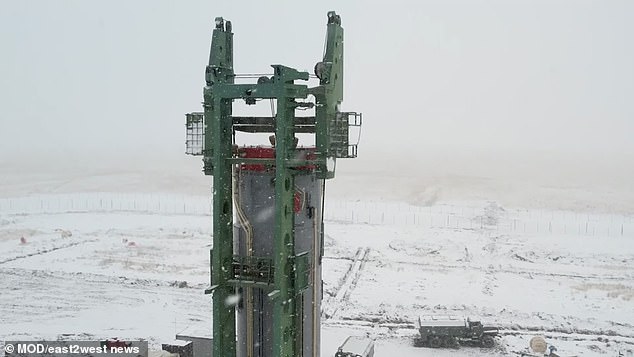 Putin said: ‘Comrade officers, we will hear from the commanders in each operational area today, and I would like to hear your suggestions on our immediate and medium–term actions.’

It is the first time in ten months Putin – who has yet to visit the frontline, unlike Volodymyr Zelensky – has shown close involvement in his high command.

It is the first known visit by Putin to the joint headquarters of the troops.

His visit comes amid new questions over his health with reports both that he is running short of missiles – and that he is preparing a New Year offensive to once again seek to grab Kyiv.

Putin has previously claimed the Avangard strikes ‘like a meteorite’ and is ‘invincible’ – unstoppable by any defence system. 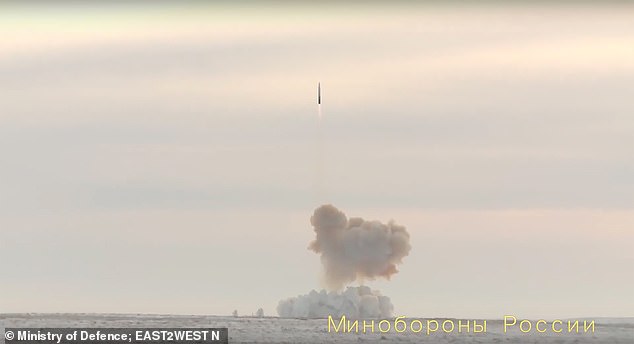 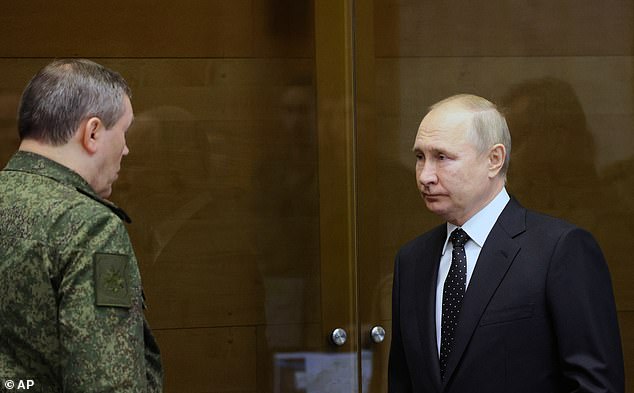 Putin speaks with Chief of the General Staff Valery Gerasimov (left) on Friday, who is rumoured to be sidelined in the war

He has boasted: ‘The Avangard is invulnerable to intercept by any existing and prospective missile defence means of the potential adversary.’

Pictures show its test launch in 2019.

He called it a ‘new type of strategic weapon’, first deployed in 2019.