Putin reveals fears that robots will one day ‘eat us’

Vladimir Putin has expressed his fears over artificial intelligence by asking Russia’s largest technology firm how long it will be until smart robots ‘eat us’.

The Russian president was speaking to Arkady Volozh, chief of internet firm Yandex, during a tour of the company’s Moscow headquarters.

Volozh was discussing the potential of AI when Putin caused surprise by asking when the technology will ‘eat us’.

The Russian president was speaking to Arkady Volozh, chief of internet firm Yandex, during a tour at the company’s Moscow headquarters. Pictured: Putin at the Kremlin yesterday during a meeting with leading businessmen

According to state-funded Russian broadcaster RT, the question baffled Volozh.

He replied: ‘I hope never.’

After a pause, he then explained that other machines are ‘better than humans’ in certain areas, giving the example of an excavator being better at digging than a person with a shovel.

He added: ‘But we don’t get eaten by excavators.’

Putin, however, was unimpressed. He interjected, saying simply: ‘They don’t think.’

At the beginning of this month, Putin said that AI is ‘the future, not only for Russia, but for all humankind’.

But he also said that alongside its ‘colossal opportunities’ are ‘threats that are difficult to predict’. 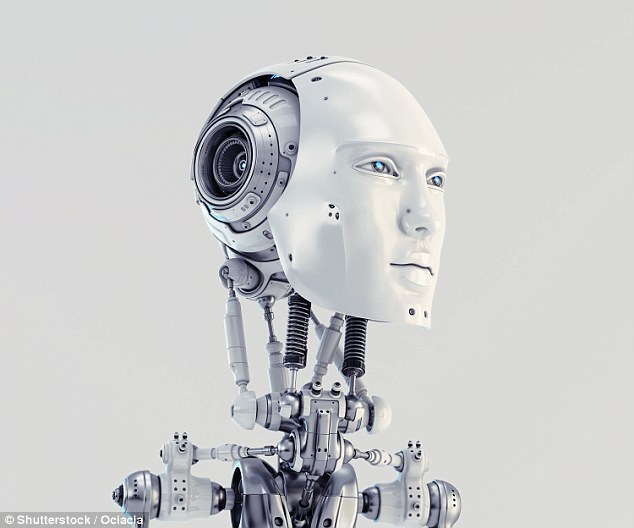 At the beginning of this month, Putin said that AI is ‘the future, not only for Russia, but for all humankind’

He added: ‘Whoever becomes the leader in this sphere will become the ruler of the world.’

The president also promised to share any ‘know-how’ that Russia acquires in the field to avoid conflict over the technology.

But in expressing his concern about the future of AI, he joins Tesla founder Elon Musk, who is strongly in favour of regulating its development.

The South African billionaire worries that robots could one day take up arms against humans, a view recently challenged by Facebook founder Mark Zuckerberg, who remains ‘optimistic’ about the future of AI.