Russian FSB agents and armed soldiers have prowled a Ukrainian orphanage to abduct children and send then to Moscow, chilling CCTV footage shows.

Ukrainian intelligence claims a staggering 13,000 orphans as young as toddlers have been kidnapped and shipped to Russia where they are indoctrinated with pro-Kremlin propaganda about the war.

Volodymyr Sahaidak is the director of an orphanage near Kherson, an area previously under Russian control before a stunning Ukrainian fightback forced a withdrawal.

He decided to hide the 52 orphans under his care when he knew Putin’s thugs were advancing, sending them to local families who took them in despite the risk of being arrested or shot.

Russian FSB agents and armed soldiers have prowled a Ukrainian orphanage to abduct children and send then to Moscow, chilling CCTV footage shows

CCTV footage at the orphanage then shows the Russian agents and fighters armed with rifles arriving to find it completely empty, and instead raided its files and computers hoping to find information on where they were hiding.

Mr Sahaidak told Sky News: ‘We saw Russian propagandists saying that they need to take the orphans to give them to military schools, indoctrinate them and let them fight for Russia.

‘It was the scariest thing so we started hiding children because we understood they would take them.’

Local families took in as many as four orphans each to keep them safe during the Russian occupation, and they were never found by the invading forces.

‘It seemed that if I did not hide my children they would simply be taken away from me,’ Mr Sahaidak said.

Ukrainian intelligence claims a staggering 13,000 orphans as young as toddlers have been kidnapped and shipped to Russia 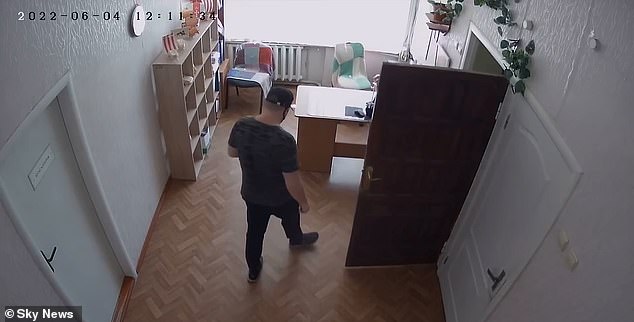 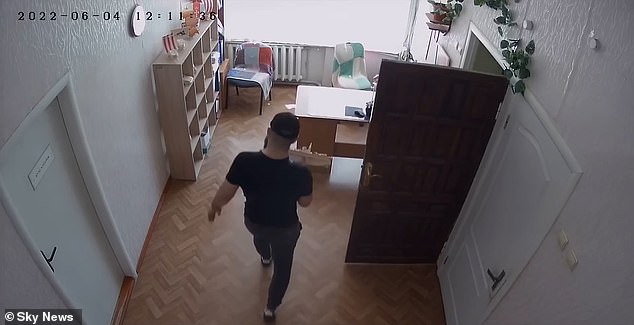 Local families took in as many as four orphans each to keep them safe during the Russian occupation, and they were never found by the invading forces 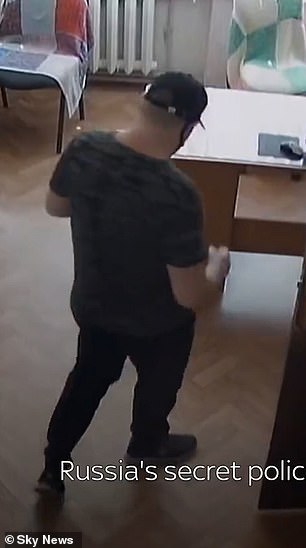 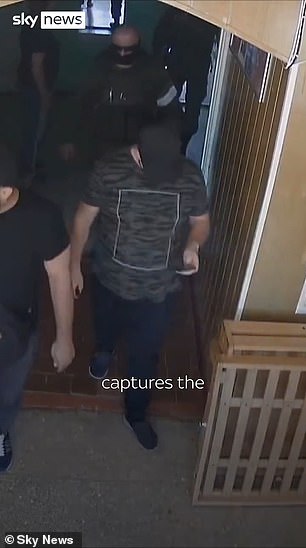 But with the orphanage now in Russian territory, Vladimir Putin’s troops instead sent 15 children captured from other parts of Ukraine there, before taking them to Russia when they were forced into their humiliating retreat.

One teacher at the orphanage, Oxana, said the terrified children were put in military vehicles by soldiers with machine guns.

Natalya Kadyrova, who lives by another orphanage in Kherson, said she saw children as young as three wrenched from their place of sanctuary, despite the abduction of children being a grave violation of the rules of war.

The Ukrainian prosecutor’s office said 48 orphans aged three to five were taken from this Kherson orphanage and have opened an investigation involving their secret service.

Just hours after Putin launched his savage invasion in February, health staff at a children’s hospital in the south started secretly planning how to save the babies. 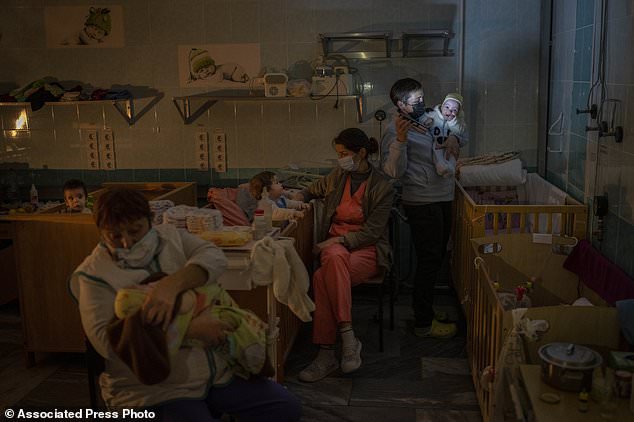 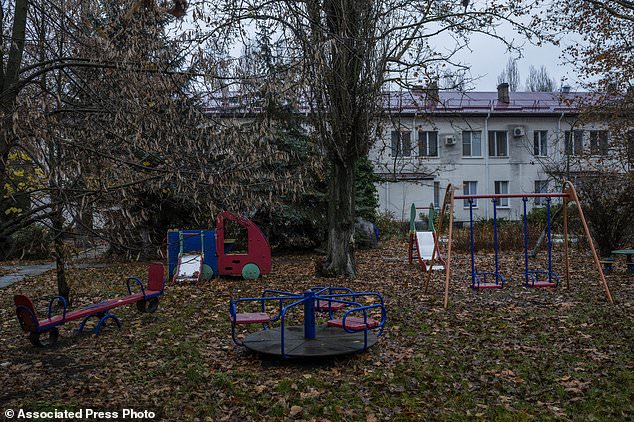 hroughout the war in Ukraine, Russian authorities have been accused of deporting Ukrainian children to Russia or Russian-held territories to raise them as their own

Carers at a children’s regional hospital in Kherson began fabricating orphans’ medical records to make it appear like they were too ill to move.

‘We deliberately wrote false information that the children were sick and could not be transported,’ said Dr. Olga Pilyarska, head of intensive care.

‘We were scared that (the Russians) would find out … (but) we decided that we would save the children at any cost.’

The  whereabouts of most of the abducted children is still unknown.

At the hospital in Kherson, staff invented diseases for 11 abandoned babies under their care, so they wouldn’t have to give them to the orphanage where they knew they’d be given Russian documents and potentially taken away.

One baby had ‘pulmonary bleeding’, another ‘uncontrollable convulsions’ and another needed ‘artificial ventilation,’ said Pilyarska of the fake records. 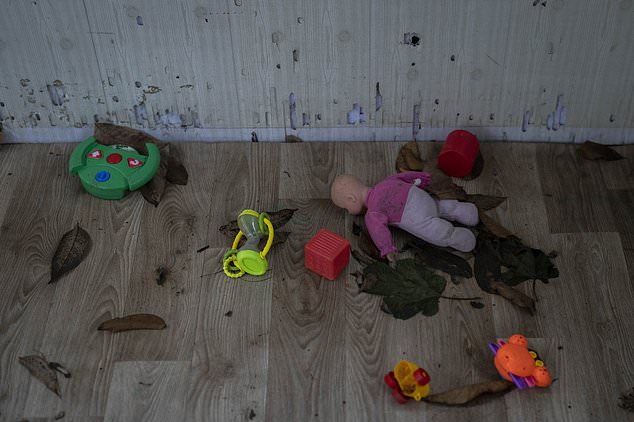 Earlier this year, it was reported that Russia is trying to give thousands of Ukrainian children to Russian families for foster care or adoption.

Officials deported Ukrainian children to Russia or Russian-held territories without consent, lied to them that they weren’t wanted by their parents, used them for propaganda, and given them Russian families and citizenship.

The Institute for the Study of War, a Washington-based think tank, says Russian officials are conducting a deliberate depopulation campaign in occupied parts of Ukraine and deporting children under the guise of medical rehabilitation schemes and adoption programmes.

Russian authorities have repeatedly said that moving children to Russia is intended to protect them from hostilities.

The Russian Foreign Ministry has rejected the claims that the country is seizing and deporting the children.

It claims the authorities are searching for relatives of parentless children left in Ukraine to find opportunities to send them home when possible.

Volodymyr Zelensky claimed in October that more than 1.6million of its citizens have been deported during the war, many stripped of all documents and then dispersed across Russia. ‘They are stealing people,’ he said.