As cryptocurrencies approach mainstream adoption and recognition, more and more people are searching for alternative and convenient ways to mine bitcoins. At present, there is plenty of bitcoin mining software or miners on the Internet. You can find suitable software for any hardware and any operating system. Let’s dive into how it works.

Bitcoin mining is the backbone of the bitcoin network with the following functions:

In general, bitcoin mining software collects a list of active transactions and then groups them together in a block. Next, it hashes it, which is the representative of the transactions. After that, the mining software converts this into a binary format – a block header, which references the previous blocks. This is called a chain. The further step is the change to the small piece of this block – a nonce. Then, the software tests if the block header hash is less than the target. The target is compressed and stored in each block in a field “bit.”

What is the best Python bitcoin software

There are lots of UI-based and command-based bitcoin miners. One of the most efficient implementations of bitcoin miners on Python is Pyminer. This is a ‘getwork’ CPU mining client for bitcoin.

How to code the simplest Bitcoin CPU miner

If you want to write your first bitcoin miner on Python, you need to have a computer, which can run a Python programming environment. As well, some basic knowledge of Python and the ability to run commands from a command-line program are a must-have. 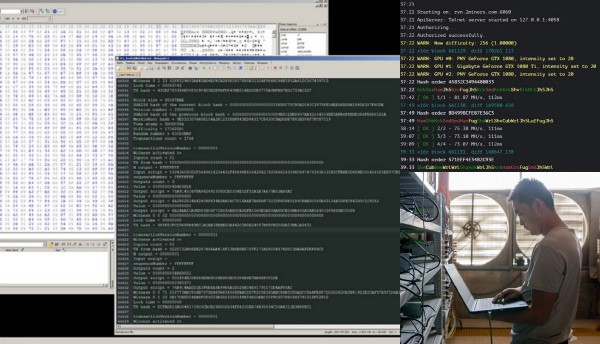 The simple bitcoin miner can be written on Python

So, here are the key steps of writing your Python bitcoin miner:

In this library you can find the functions, which have a simple interface, inputting and outputting in standard formats, and can be used individually. As well, this library supports binary, hex, and base58, and allows to execute and publish a transaction in a command line. 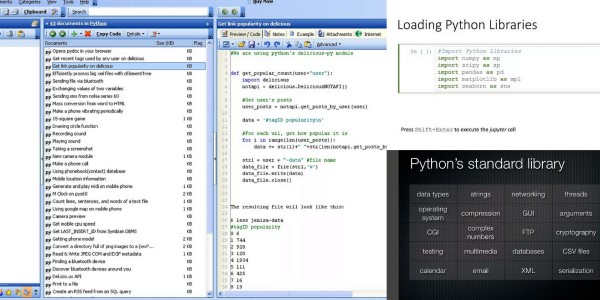 Python library will help to find the main miner’s functions

After you have installed Python, execute this command in the command line program to install the bitcoin Python library:

Open MS Word or Notepad, or any other text editor, and type this code to import the bitcoin library. After that, generate a private key using the function random_key.

from bitcoin import *my_private_key = random_key()print(my_private_key)Save it as a .py file and then open your command line program and run the above program like this.python <program location and name>

Pass the generated private key to the function privtopub.

Pass the generated public key to the function pubtoaddr.

Materials from the site https://bitcost.com/