A huge python was caught in southern China by a villager before it started to regurgitate two livestock.

Villagers filmed the moment on their mobile phones as the video shows the snake throwing up a dead chicken and a dead duck.

The python was captured then taken away by local forestry officials. 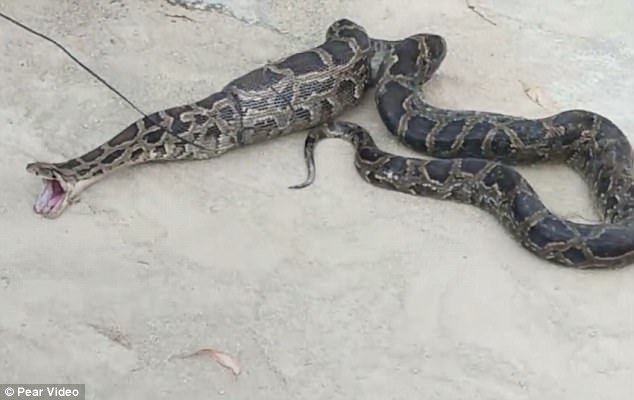 The villagers told Pear Video that they noticed their livestock missing on September 14 and later found a python hiding in a hut which they used to store their logs.

It’s reported that the python was found in Shanwei of Guangdong Province.

The python was caught with a thin rope around its body as it curled up.

Local forestry department officials were called upon scene to capture the reptile. 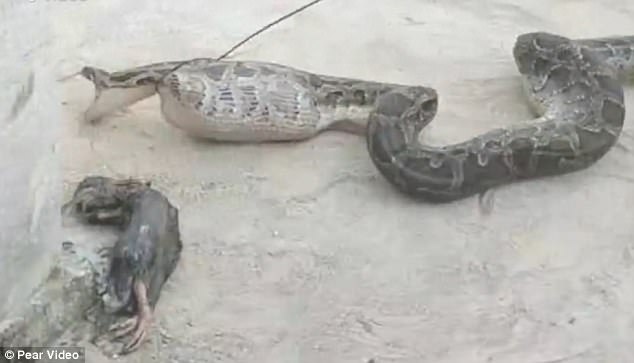 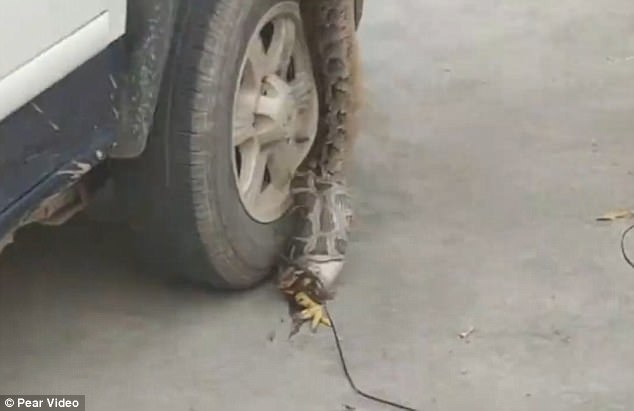 Soon the reptile started regurgitating and throwing up a dead duck.

Villagers were shocked as they saw their missing livestock, however the python appeared to have another livestock in its stomach.

A man then dragged the reptile up to a truck before it started to throw up a large chicken.

Forestry officials then took the python away.