A worker who was stood down after raising concerns about possible Covid-19 infection aboard an aircraft that had arrived from China has led to Qantas being charged with breaches of workplace safety law.

The incident occurred at the start of the pandemic in February last year when the employee, a health and safety representative, allegedly advised colleagues not to board and clean a plane that had arrived from Shanghai.

Qantas stood the employee down and said it was investigating the worker for possible breaches of its workplace policies, but a SafeWork NSW investigation into that action has now resulted in charges against the national carrier filed in the NSW District Court.

The charges were filed under a section of NSW’s Work Health and Safety Act that prevents an employer from discriminating against a worker who raises safety issues or is carrying out a workplace health and safety role.

‘The charges relate to [Qantas] standing down a worker who raised concerns about potential exposure of workers to COVID-19 whilst cleaning aircraft in early 2020, SafeWork NSW said in a statement to the Sydney Morning Herald.

‘As the matter is before the court, no further information can be provided at this time.’

After the employee’s standing down Qantas had claimed the worker’s actions were not justified and against the advice of health authorities.

On February 7 last year, Qantas informed the employee that he was being investigated for spreading misinformation and inciting unprotected industrial action.

But the following month, SafeWork NSW issued the airline with Improvement Notices to address an ‘inadequate system of work used to clean planes’.

The Improvement Notices stated that Qantas was at risk of exposing workers to an infectious disease. 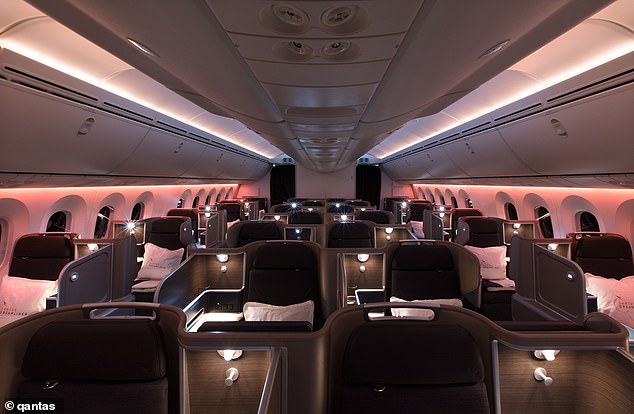 The employee who had been stood down subsequently lost his job with the airline in November 2020 as part of Qantas’ retrenchment of 2000 staff.

The campaign to have charges brought against Qantas had been fought by the Transport Workers Union (TWU.

‘If safety reps at Qantas can’t stand up to unsafe work practices, then no worker is safe. The TWU believes there is ample evidence to prove that Qantas engaged in discriminatory and prohibited behaviour, TWU NSW Branch Secretary Richard Olsen said earlier this year.

‘It is incomprehensible to the TWU that the Sydney worker was stood down due to his concerns for his co-workers.’