Qatar Airways’ business class suites have been named as the best cabin experience at a prestigious awards ceremony.

The Pax International Readership Awards 2019 honoured airlines from around the world with gongs handed out in categories including food service, amenity kits and catering.

Air Canada was named as having the best food service for a North American airline while American Airlines came top in the first class amenity kit ranking. 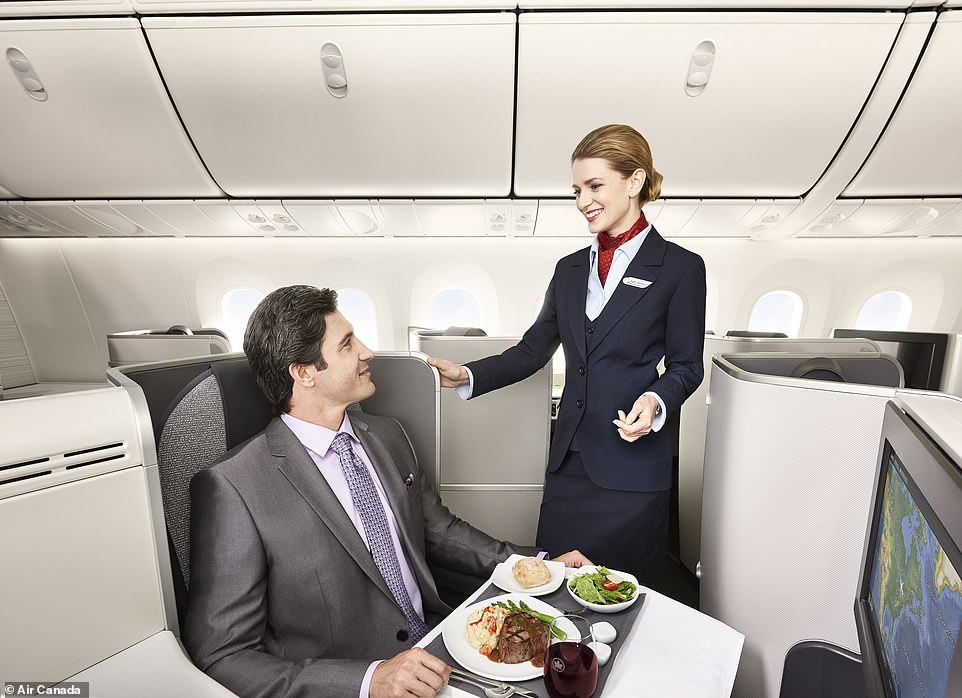 The award for the most outstanding food service on a North America-based airline was won by Air Canada, pictured 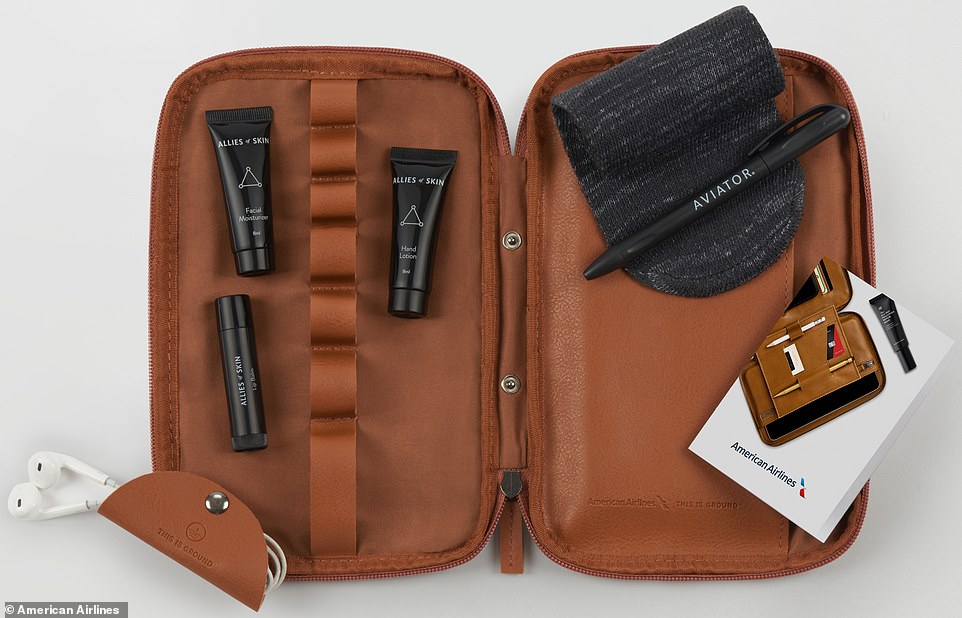 American Airlines won the award for the best amenity kits in first class in North America. Pictured is one of the kits

The awards were voted for by readers of Pax International, a publication that focuses on passenger services and in-flight interiors.

The publication’s title refers to the term used by airline workers to describe passengers.

More than 35 gongs were handed out to airlines and their suppliers at a ceremony in Hamburg on Wednesday.

The accolade for its business class was in recognition of the quality of its Q-suite cabin, which features the aviation industry’s first-ever double bed in business class as well as sliding panels that stow away, enabling colleagues, family members and friends travelling together to create their own private suite in the middle of the cabin. 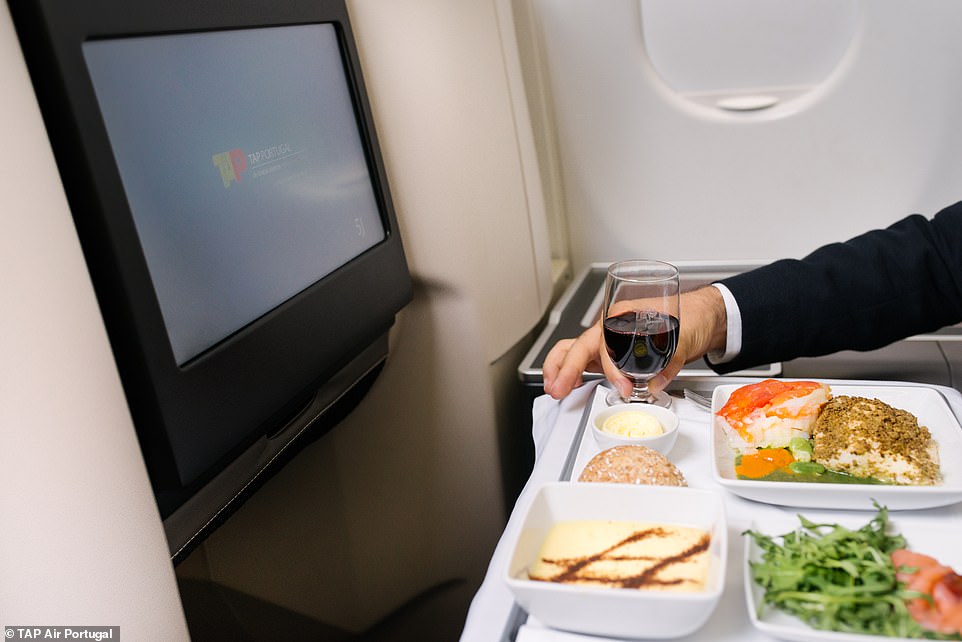 The European winner of the most outstanding food service was Tap Air Portugal. Pictured is the food service in business class

Qatar Airways’ group chief executive, His Excellency Mr Akbar Al Baker, said: ‘As an airline, one of our highest priorities is to provide our customers with an exceptional experience each and every time they fly.

‘We continually strive to innovate in order to create a memorable environment onboard – from our cabin interior, to our exquisite food and beverage service, to our extensive duty free offering.

‘We are very pleased that these awards recognise our efforts to pay attention to every detail.’

The European winner for most outstanding food service was Tap Air Portugal and the Asian winner was Thai Airways. 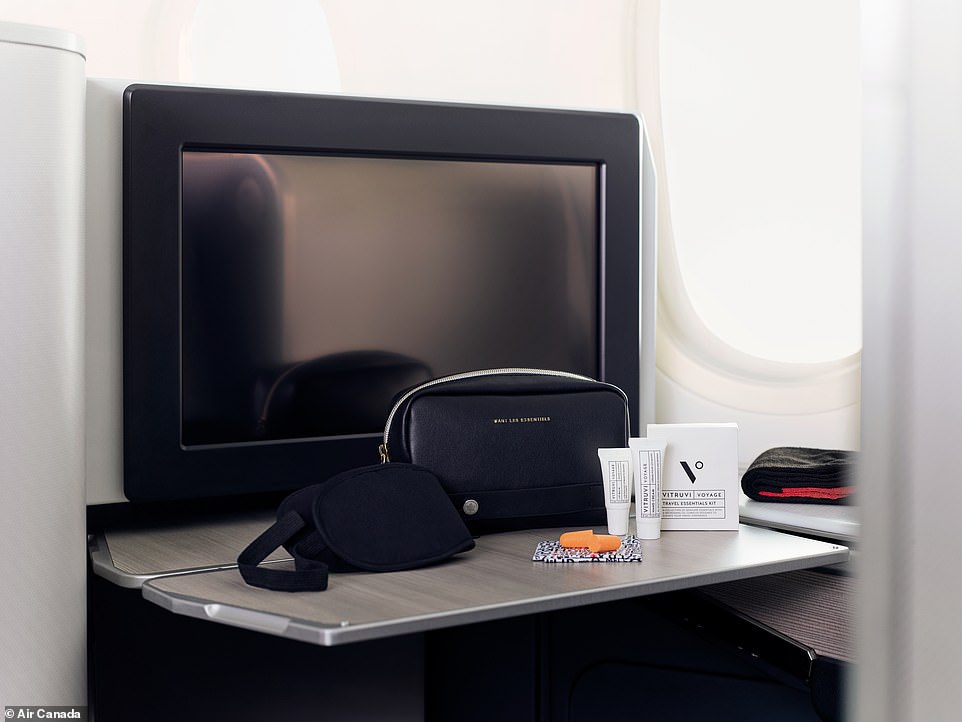 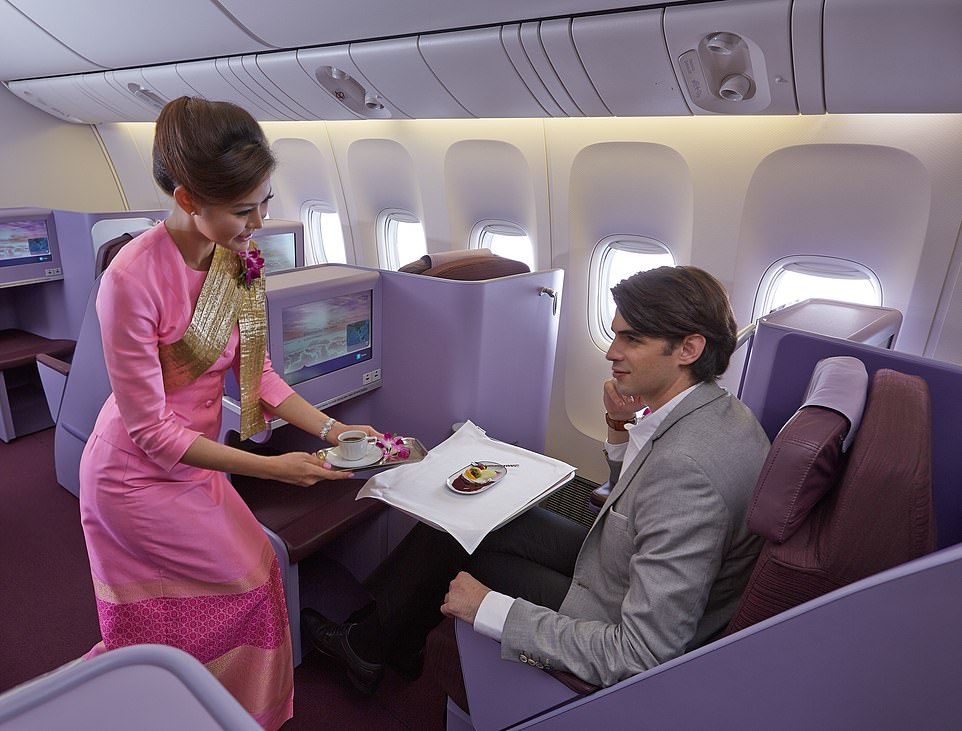 The award for the most outstanding food service for an Asian airline went to Thai Airways, pictured

Andrew Yiu, vice president of product at Air Canada, said: ‘We are honoured to have been awarded both the Outstanding Food Service in North America and Best Business Class Amenity Kit in the Americas awards at the Pax International Readership Awards.

‘On behalf of Air Canada, I would like to thank Pax International as well as its readers for these recognitions and awards. These accolades speak to our commitment to customer service excellence, delivered by our dedicated onboard team.’

The award for the best first class amenity kit in Europe went to German-based Lufthansa for its bag created in conjunction with Spiriant.

Aijaz Khan, publisher of Pax International and Pax Tech magazines, said: ‘With each year, our readership awards keep getting better and better.

‘The Pax International team and I would like to thank the industry at large for their continued support, as well as our readership for coming out in droves to vote. Congratulations to all of the deserving 2019 winners.’