EXCLUSIVE: Qatar officials tried to ban Budweiser from the American firm’s OWN hotel… following their last-minute U-turn on selling alcohol at stadiums and fan zones

Qatar officials tried to ban Budweiser from the American firm’s own hotel, the swanky W Hotel

Qatar officials not only banned Budweiser from stadiums – they also tried to boot it out of the American firm’s own hotel.

Sportsmail understands that, during tense crisis talks over booze sales at grounds, government figures in Doha refused to grant a licence to serve alcohol at the swanky W Hotel, which has been taken over by the US brewers for the duration of the tournament.

It left Bud execs, employees and VIP guests – who have travelled to the far east en masse – facing the embarrassing prospect of not being able to sink their own beverages in their own headquarters.

The stand-off added to an already-charged diplomatic incident, with the Qataris having performing a U-turn on an earlier understanding that beer would be available for sale at the tournament’s match venues.

Execs from FIFA’s commercial department are thought to have got involved and eventually managed to persuade the hosts to grant a licence, in the process stopping them from making a difficult situation even worse. 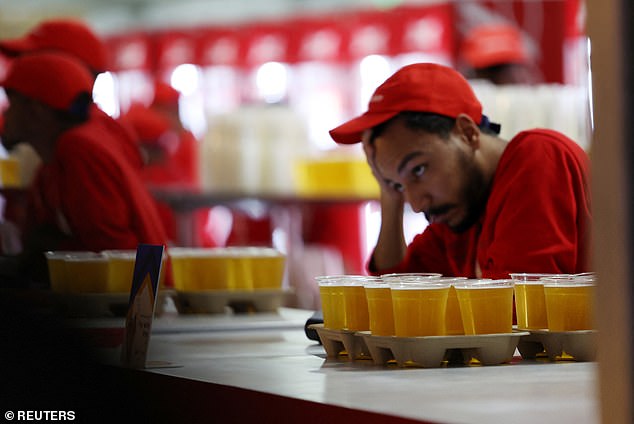 Anheuser-Busch InBev have a £63million contract with FIFA and are one of its elite sponsors.

Official fan guides had told supporters they would have access to Bud and soft drinks at matches and in some fan zones.

But, following reported intervention from Sheikh Jassim bin Hamad bin Khalifa al-Thani – the brother of Qatar’s ruling emir and the royal most active in the day-to-day planning of the tournament – it was announced that booze would only be available in £20,000-a-match executive suites.

It remains to be seen whether compensation will resolve the matter, or if it will end in legal action.

The sale of alcohol is subject to close control in what is a conservative Muslim nation. 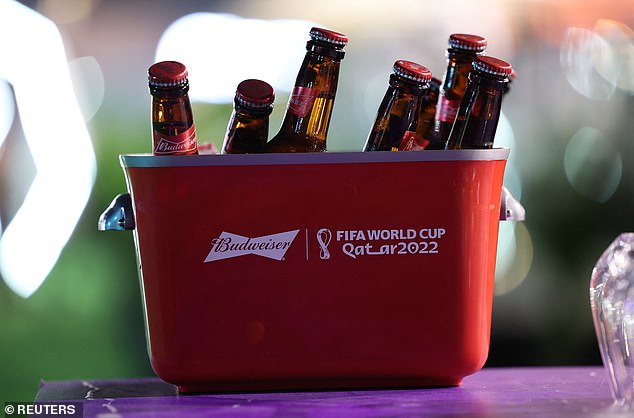 Budweiser is now only available at stadiums for those in £20,000-a-match executive suites