Who was Gordon Bennett?
Why do airplane blinds have to be up for landing and take-off?
And should the milk or the tea go in first?

Why are men’s buttons on the right and women’s on the left?

It’s a consequence of how affluent people used to dress. Women had a lady’s maid to help them, and placing their buttons on the left makes it easier for a right-handed person to use their dominant hand to guide each button in. Men dressed, and so the theory applies in reverse.

Why is it so difficult to swat a fly?

High-speed cameras show flies reacting to swats within one-tenth of a second. In that time, their brain, the size of a poppy seed, has hatched an escape plan, placed the fly’s legs in the best position to dart out of the way, and launched it into flight.

We can’t beat a fly through speed, but we might with a bit of cunning. A good tactic is not to swat where the fly is, but to anticipate where it might jump next. Or you could just let it buzz around in peace.

Funny You Should Ask by the QI Elves has answers to some quite interesting questions, including ‘what were the worst misprints in history?’

What were the worst misprints in history?

Perhaps the most sinful came from a 1631 edition of the Bible, in which the Seventh Commandment read: ‘Thou shalt commit adultery.’

In 1962, an error in the program code for Nasa’s unmanned spacecraft Mariner 1 meant that instead of flying close to Venus, it went straight for shipping lanes in the North Atlantic.

Nasa was forced to activate the self-destruct sequence less than five minutes after lift-off, which cost them more than £115million in today’s money.

Does the sun make a sound?

Yes. The noise produced by the nuclear reactions within this giant ball of hot gas is so deafeningly loud that it would cause physical injury if we could hear it. Fortunately, space is a vacuum — it’s completely empty — and sound can’t travel if there’s nothing for it to travel through.

Why do aircraft blinds have to be up on take-off and landing?

In AN emergency, the aircraft crew aims to evacuate planes in less than 90 seconds and they open the blinds so that everyone’s eyes can adjust to the natural light outside. Sudden changes in brightness are disorientating, but if your eyes have several minutes to adapt, you can see up to 1,000 times better. This also applies when it’s dark, which is why the lights are dimmed when taking off or landing at night.

Why does orange juice taste BAD after brushing teeth?

It makes liquids foam up, and you’ll also find it in hand soap and washing-up liquid.

Although great at making bubbles, this suppresses your ability to taste sweet things and dissolves a fatty coating on your tongue that usually limits the sensation of bitterness. 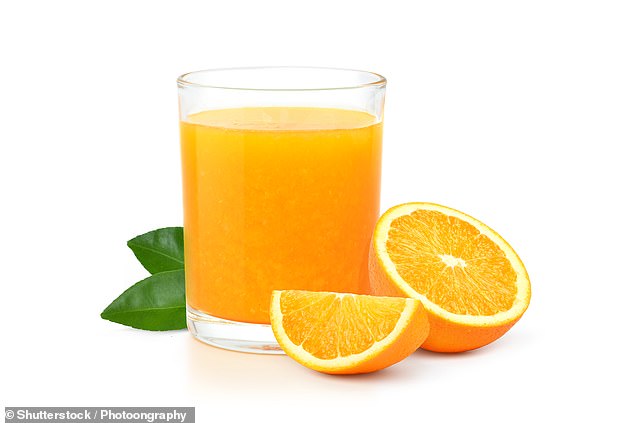 Orange juice tastes awful after brushing your teeth because  an ingredient in toothpaste makes you experience less of its sweet flavour, but more of its bitter citric acid

This means that when you reach for a glass of orange juice at breakfast, you experience less sweetness from the sugar but more of the bitter citric acid, creating the horrible flavour that is not the best way to start your day.

Why is there Essex, Wessex and Sussex, but no Nossex?

The ‘sex’ in Essex comes from the name of the Saxons who invaded Britain after the Romans left around 400AD. Essex was where the East Saxons settled, Sussex where the South Saxons lived, and Wessex (which covered much of the South Coast), where you could find the West Saxons.

There was no Nossex because the Saxons didn’t get far north, the Angles from Denmark having made their home up there.

Can animals give blood?

Yes. The Royal Veterinary College in London administers around 600 transfusions to pets every year. There are even pet blood banks your dog or cat can donate to.

For non-mammals, it’s a bit more complicated. Different fish have different types of blood, so you can’t give trout blood to a goldfish, for instance. Bird blood is interchangeable, so theoretically a robin could donate blood to an ostrich.

Do birds fly faster if they pass the wind?

While it would be fun to hear a flock of flatulence-fuelled flamingos in flight, birds don’t pass wind, perhaps because food doesn’t spend long enough in their system to ferment. As for bird poo, that isn’t actually white. That’s bird pee — which comes out of the same hole. The poo is the dark bit, although both are equally annoying if splattered on your car.

Who was Gordon Bennett?

Born in 1841, Gordon Bennett was a wealthy U.S. bachelor who drove his carriage through New York naked, rode his horse into a gentlemen’s club, pulled covers off restaurant tables just to hear the crockery smash, and threw a roll of banknotes into a fire because he didn’t like the way they felt in his pocket.

Such excess means his name lives on whenever anyone exclaims Gordon Bennett! 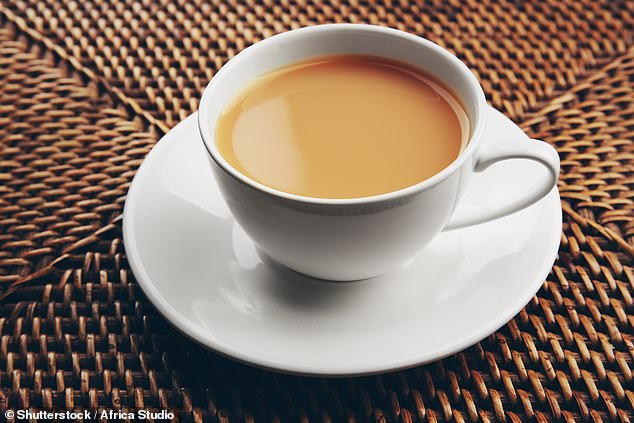 Milk or tea first? According to the British Standards Institute, the bag should go in second, but that’s certainly not everyone’s view

What is a tog in a duvet rating?

Derived from the Latin ‘toga’, the word dates back to 1708 and was an abbreviation of ‘togman’, a kind of cloak or loose coat. During World War II, scientists developing better clothing for British troops adopted it for a measure of how well something stops heat from escaping.

Duvets didn’t come over from the Continent until the 1950s when they were known as ‘continental quilts’. They were greeted with suspicion until the sheer convenience converted people.

In the 1960s, Habitat advertised that duvets meant you could make a bed in ten seconds, rather than doing lots of tucking-in. Some institutions held out, and Windsor Castle switched from sheets and blankets only in 2016.

Should the tea or milk go in first?

A ten-page report by the British Standards Institute says you should put the milk in first. Chemical engineer Dr Andrew Stapley agrees.

His 2002 study found that adding cold milk to hot tea can spoil the taste.

But that is by no means everyone’s view. In George Orwell’s 1946 essay A Nice Cup Of Tea, he argued for tea first, so that you can add the right amount of milk.

What is the highest-scoring move in Scrabble?

The highest on record was played by Manchester’s Dr Karl Khoshnaw at a tournament in 1982. He bagged 392 points with ‘CAZIQUES’ (plural of ‘cazique’, an American bird).

Why did Hawaiians decide to put pineapple on a pizza?

They didn’t — the Hawaiian pizza was invented by Greek-Canadian restaurateur Sam Panopoulos in 1962. 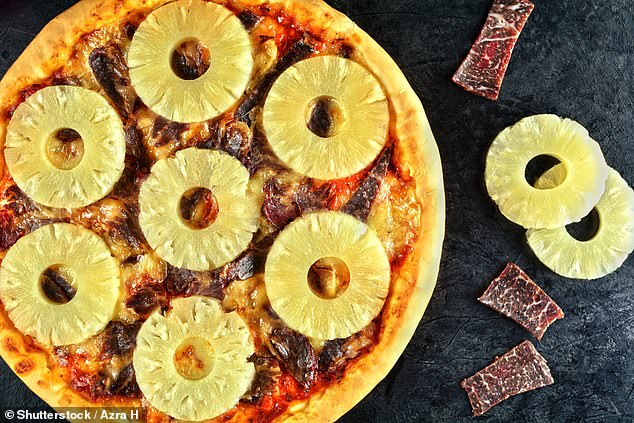 Hawaiians didn’t put pineapple on pizza – it was actually Greek-Canadian chef, he named the controversial concoction after the brand of fruit he used for toppings

Intrigued by the sweet-and-savoury flavour of Chinese food, he put ham and pineapple on a pizza at his fast-food restaurant in Ontario and called it the Hawaiian — after the brand name on his tin of pineapple.

Plastic Not So Fantastic

Most of us consume around 5g of plastic in food and drink every week — about a credit card’s worth.

Funny You Should Ask by the QI Elves, in association with the BBC, published by Faber at £12.99.

Do you like fun personality quizzes and tests and want to know how other ones really see you?

If you are looking for entertainment and a way to get to know yourself on a deeper level without leaving your house, then Fun Personality Quizzes promises the user an afternoon full of entertainment and self-knowledge.

From the latest and most popular quiz topics to the weirdest and odd ones, Fun Personality Quizzes counts with a huge variety of themes regarding quizzes and tests.