Thousands of people are clogging the hospital emergency rooms every day when they could just be treated by their regular doctor.

A new report has revealed that in NSW alone, there are 3000 unnecessary visits to the emergency department every day – and another 1700 in Victoria.

But hospitals in Queensland only see 1100 patients that could have gone to their doctor, and experts are putting it down to the educational campaign imploring people to ‘keep emergency departments for emergencies’. 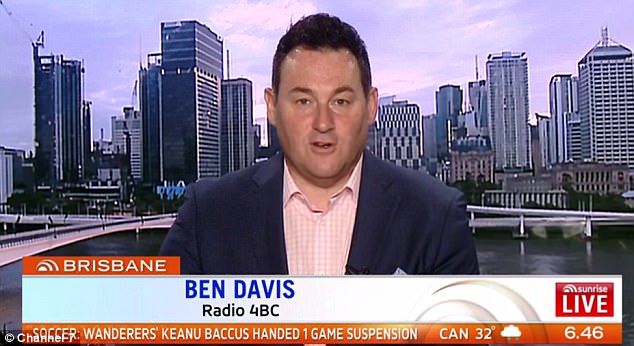 ‘Bulk billing for doctors service, even the home doctors service after hours, that’s a booming industry…Maybe it’s to do with the ad campaign that we’ve been running [in Queensland].’

Mr Davis describes the ad as a ‘light-hearted look’ at the issue that also ‘guilts you into not going’ to the emergency room. 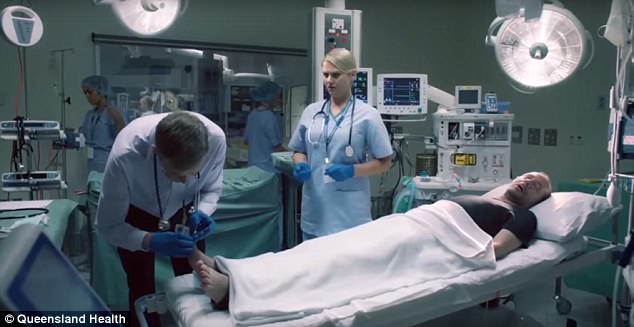 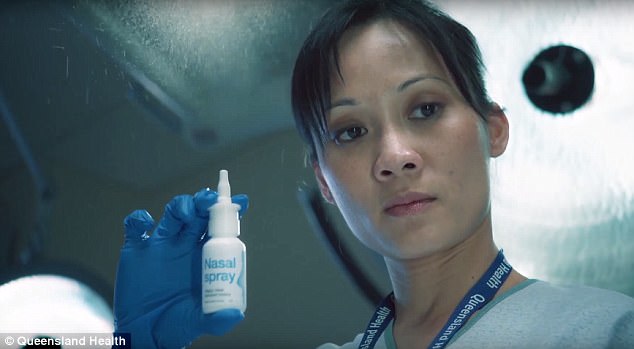 It also shows a doctor saying, ‘Clear!…Her nose, it’s all blocked up’ while holding nasal spray

The ad shows three doctors rushing a man on a gurney into an operating room and a surgeon asking for clippers while frantic music plays.

It then cuts to the surgeon bending over a patient and removing a ingrown toenail.

Another scene shows a trauma nurse shouting ‘clear!’ and then, ‘Clear her nose, it’s all blocked up’ while holding a container of nasal spray.

At the end, the Queensland government reminds viewers that ’emergency departments are for medical emergencies only.’

‘It’s an education campaign and one that makes you think twice about going to the emergency department,’ Mr Davis explained. 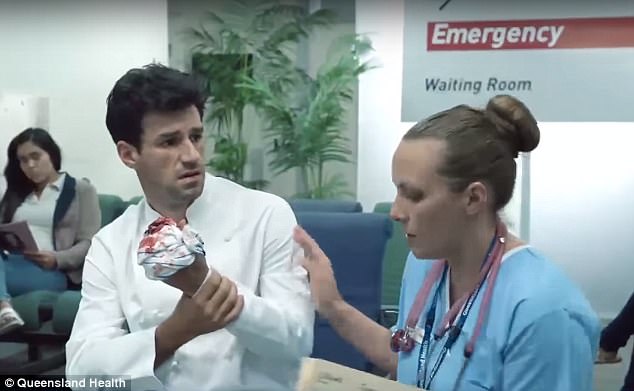 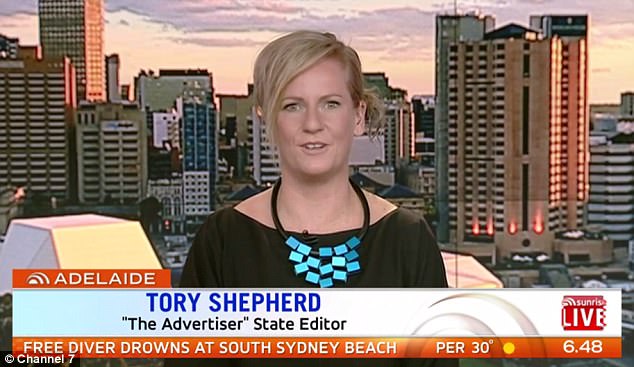 The Advertiser’s South Australian state editor Tory Shepherd also praised the ad, saying that if it works then it should be rolled out across Australia.

‘It’s way too many people clogging up the hospitals and if it does come down to an ad like that working, then let’s have that nationally,’ she suggested.

Ms Shepherd also pointed out that the issue with patients going to the hospital with the flu is that they may pass it on to other hospital patients who have more serious illnesses.

‘Nobody wants to go to a hospital, surely, when they could go to their local GP,’ she said.