Quarantine chaos wipes another £1.4bn off the value of Britain’s leading travel companies

More than £1.4billion was wiped off the value of Britain’s leading travel companies yesterday as quarantine chaos in France landed another blow to the industry’s recovery.

Investors took flight from airlines and tour operators after the Government removed France, Malta and the Netherlands from the quarantine-free list leading to a dash for the border last night.

A similar move in July saw travellers told that the ‘air bridge’ between Britain and Spain had been ditched with just a few hours’ notice.

Investors took flight from airlines and tour operators after the Government removed France, Malta and the Netherlands from the quarantine-free list

Official data yesterday laid bare the damage to customer confidence with close to two-thirds saying they would not travel abroad if they had to self-isolate upon their return.

Fewer than one in ten said they were likely to go on holiday abroad this year, compared to 64 per cent who went abroad last year.

There were also fears that British tourism would take a double hit as French leaders threatened retaliatory measures against Britain.

Airline stocks, which had been on an upward trend in the last two weeks, were hammered again yesterday as the Government’s decision threatened to snuff out the recovery weeks before the summer season ended. 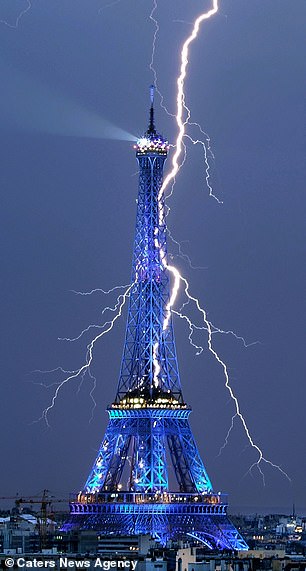 In total £21.3billion has been wiped off travel stocks since February 20, equivalent to 36 per cent of their total market capitalisation, according to data from AJ Bell.

IAG has lost £8.3billion, or 67 per cent of its value, Easyjet has lost £2.9billion and Tui has lost £3.6billion of its market valuation.

More than 44,000 jobs are expected to be lost at Britain’s largest travel companies and their suppliers.

Companies have been forced to shrink their operations with experts predicting it will take until 2023 for demand to return to pre-crisis levels.

Yesterday business leaders reacted with fury that a decision had again been made at such short notice, putting European travel into chaos.

ABTA, the association for travel industry, which sustains 220,000 jobs, said: ‘The Government’s measures to restrict travel will result in livelihoods being lost unless it can step in with tailored support for the travel industry.’

Paul Charles, chief executive of travel consultancy the PC Agency, said: ‘The 14-day system of quarantine has to be changed.

‘If we’re to learn to live with coronavirus then the Government has to invest in alternatives to blunt quarantine measures which damage economic recovery.’

John Holland-Kaye, boss of Heathrow, has previously called for travellers to be tested before they fly and issued with coronavirus passports.

Yesterday a spokesman for the airport, which is expected to shed 25,000 jobs in the crisis, said: ‘The UK needs a more sustainable long-term plan for the resumption of travel than quarantine roulette.

We urge the Government to work with us to trial a solution which could help to provide more certainty.’

Industry group Airlines UK said the new quarantines were ‘another devastating blow to the travel industry already reeling from the worst crisis in its history’.