Glittering history of Princess Beatrice’s diamond tiara: Queen allows granddaughter to wear treasured heirloom from her own wedding in 1947 for secret Windsor ceremony

The Queen allowed her 31-year-old granddaughter, Princess Beatrice, to wear the same tiara she wore at her own wedding in 1947.

The Queen Mary diamond fringe tiara, fashioned in 1919 from a necklace given to the current Queen’s grandmother by Queen Victoria, is a treasured heirloom.

It was lent to the Queen, then Princess Elizabeth, as her ‘something borrowed’. But two hours before the ceremony, a hairdresser securing Elizabeth’s veil with the tiara snapped part of it.

Stunning: The Queen Mary diamond fringe tiara which has been worn for generations of Royals 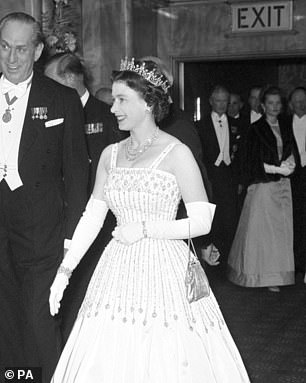 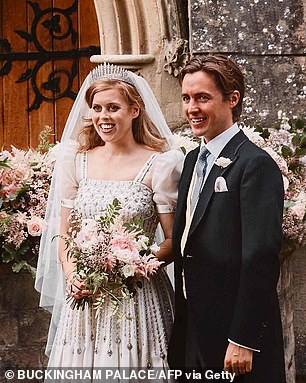 The tiara was rushed to maker Garrard’s London workshop where it was hurriedly welded back together and returned just in time.

The tiara was also loaned to Princess Anne for her wedding to Mark Phillips in 1973, but has rarely been seen in public since.

The ivory gown featured bejewelled straps and a flattering bustier, running into a ruffled floor-length skirt, and the royal wore her hair styled into a layered side-parting.

Beatrice’s floor-length veil was notably attached to one of the Queen’s favourite tiaras, made by fine jewellery house Garrard in 1919 from a necklace given to Mary as a wedding present, before it was given to the Queen Mother in 1936 and later loaned to Princess Elizabeth and Princess Anne for their wedding days.

The dazzling tiara was designed to look like a fashionable Russian headdress with 47 diamond bars. 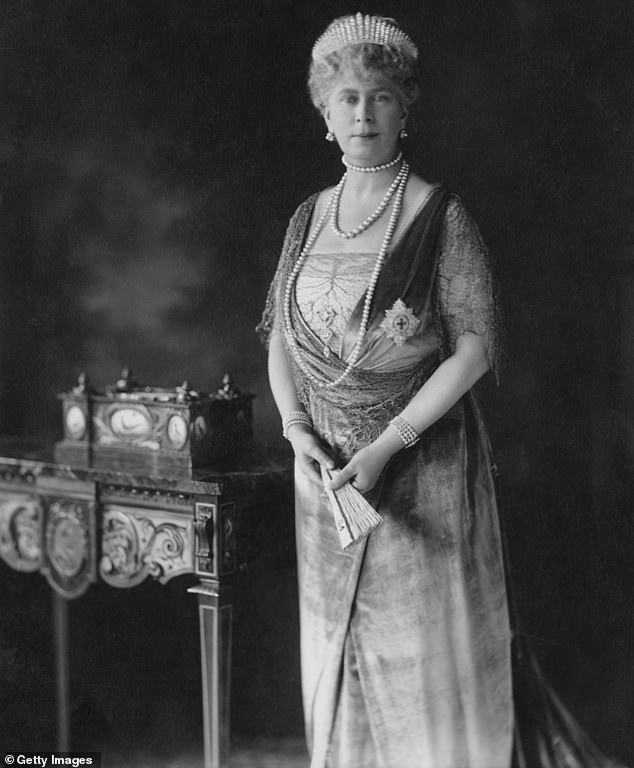 PRECIOUS HEIRLOOM: Queen Mary wearing the tiara in 1926 which was later passed down

Lending Beatrice the tiara worn by the Queen is thought to be a huge honour, as the monarch’s jewels are usually borrowed by members of the royal family according to pecking order.

Kate Middleton wore the Cartier ‘halo’ tiara, made in 1936 and purchased by King George VI for his wife Queen Elizabeth three weeks before he succeeded his brother as King, for her 2011 wedding to Prince William.

Meanwhile Meghan Markle wore the Queen Mary Diamond Bandeau for her 2018 wedding to Prince Harry, while Princess Eugenie wore the Greville Emerald Kokoshnik Tiara, created by Boucheron in the Russian imperial ‘kokoshnik’ style for society host Margaret Greville in 1919, for her nuptials to Jack Brooksbank. 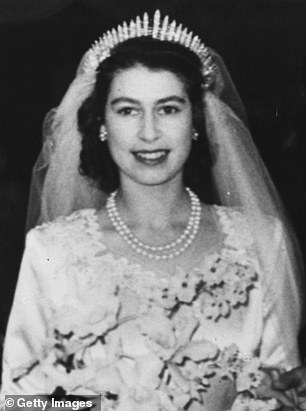 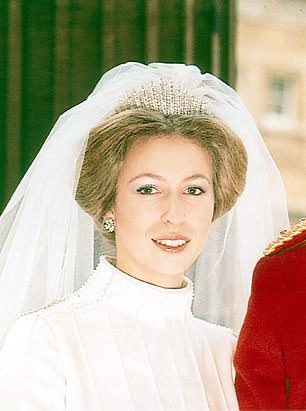 The Queen is thought to be particularly close to granddaughter Princess Beatrice, who previously revealed she refurbished the monarch’s childhood playhouse The Little House, the miniature cottage in the grounds of Windsor’s Royal Lodge where the Queen played as a child.

In January a source told the Daily Mail that Beatrice was looking at wedding dress at Italian designer store Caroline Castigliano in Knightsbridge.

The insider said: ‘Bea was seen popping into Caroline Castigliano in Knightsbridge. Though Caroline isn’t Italian, and takes her name from her first husband, she’s known as an Anglo-Italian designer because lots of her clients are from Italy.

Gowns pictured on her website go for between £15,000 and £40,000, and include classic designs as well as more opulent pieces.

Beatrice, 31, and Edo, were due to tie the knot at the Chapel Royal of St James’s Palace, in London, on 29 May. But their ceremony was postponed due to Covid-19 and no new date was given by the palace at the time.