Clutching a cheering posy of seasonal flowers, the Queen looked elegant as she arrived in Plymouth this morning for the decommissioning ceremony of HMS Ocean.

The 91-year-old wore a powder pink ensemble, with floral detail on a matching hat, as she took the royal train down to Devon to officially mark the end of the ‘Mighty O’s’ time as a naval vessel.

A crowd of well-wishers greeted the monarch on the platform including local school children and members of the coastal city’s Air Training Corps.

Dressed in a pretty powder pink ensemble with black button detail, the Queen injected some Spring radiance at Plymouth this morning as she arrived at Plymouth station 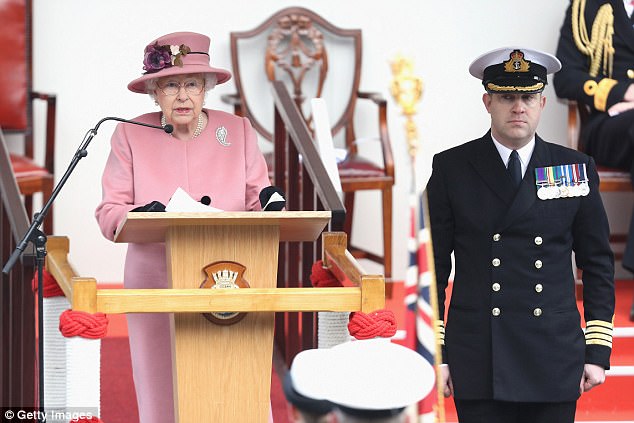 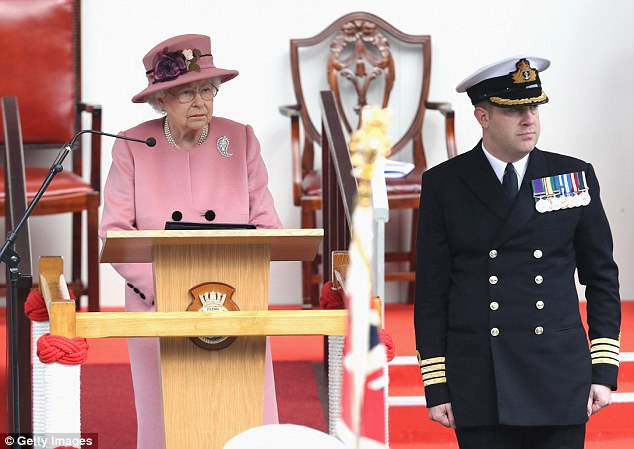 End of an era: The Queen, who turns 92 next month, looked solemn as she announced that the HMS Ocean would no longer sail for the country’s navy 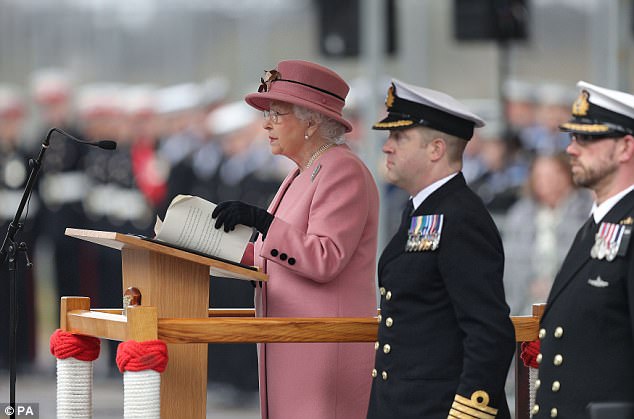 Surrounded by Royal Naval offices, the Queen addressed the audience at HMNB Devonport 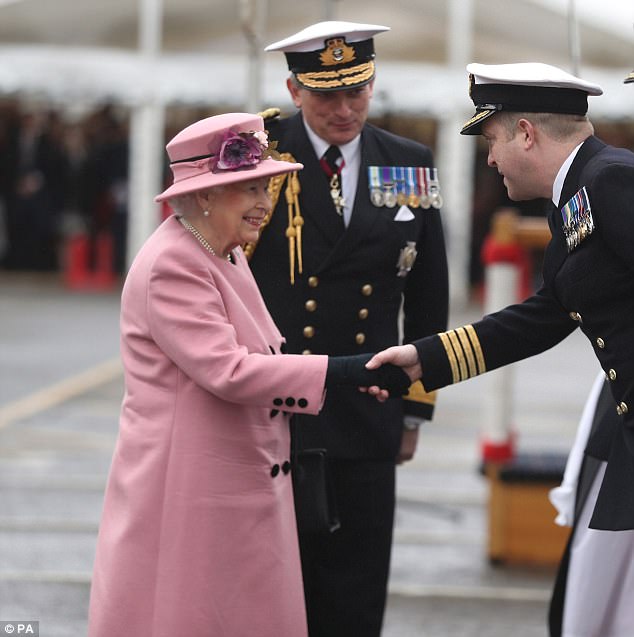 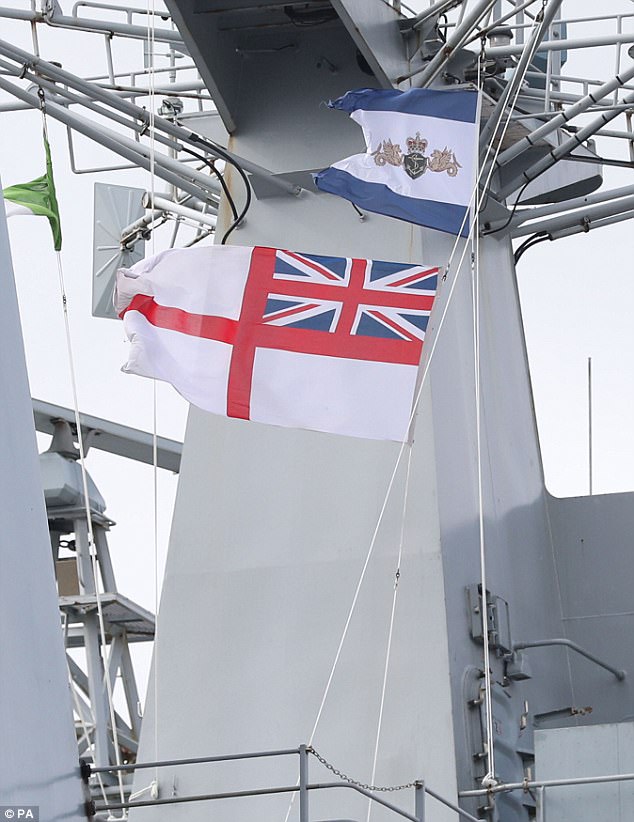 The ensign is lowered on the ship during the ceremony to mark the end of her time serving the Royal Navy; the vessel first sailed for the Royal Navy in 1998 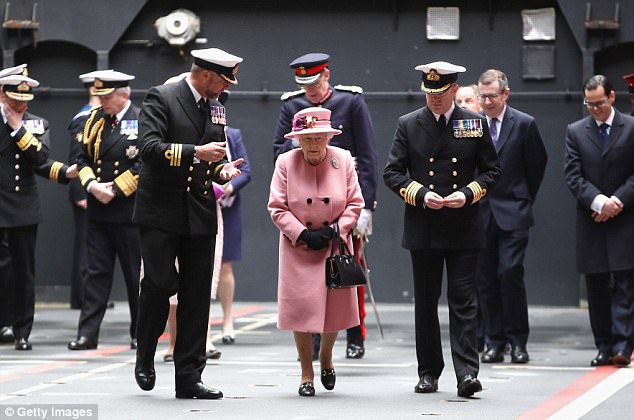 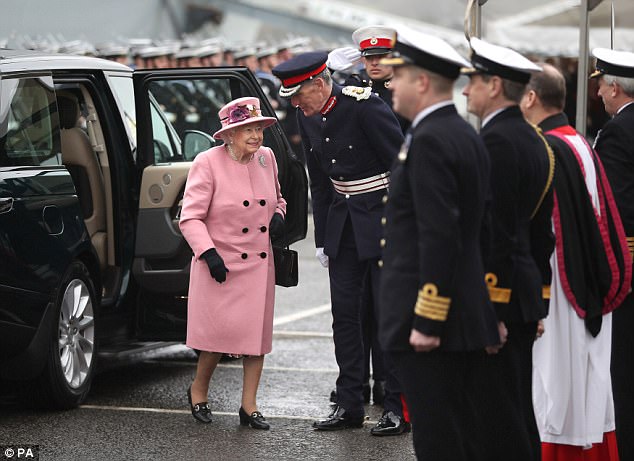 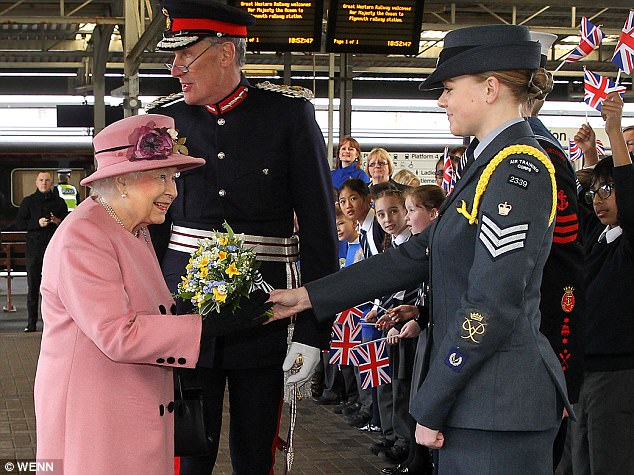 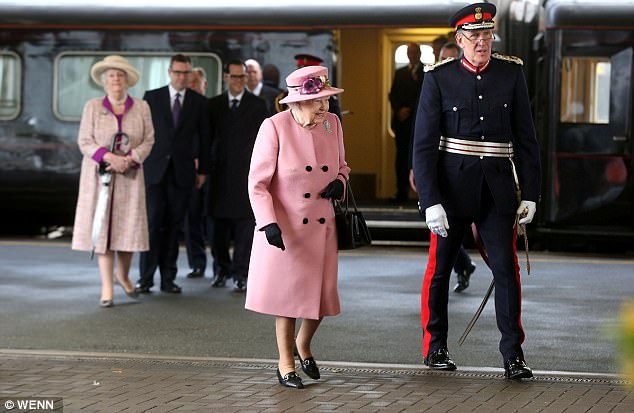 Despite grey skies above and rain forecast, the Queen, who celebrates her 92nd birthday next month, looked relaxed and happy as she walked to a waiting car.

HMNB Devonport is expected to be lined with people to watch the ceremony which will mark the end of HMS Ocean’s service.

The vessel, which first sailed for the British navy in 1998, is being sold to the Brazilian navy.

The morning will see Her Royal Majesty boarding the Ocean to meet some of those who’ve served on board her, and their families.

The ceremony will then see the ship sail for her last official voyage into Plymouth Sound as sister vessels join her, before docking at the port’s naval base. 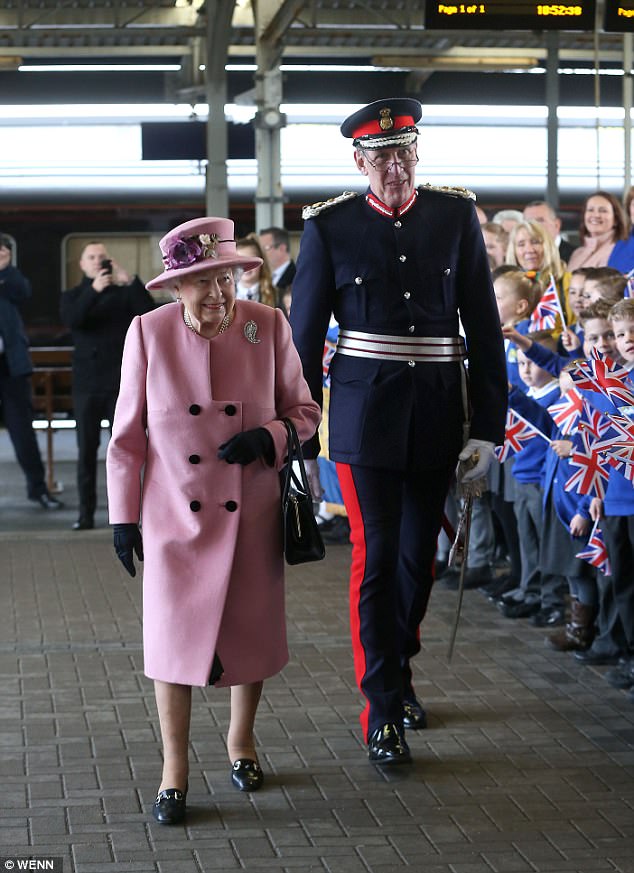 The Queen will inspect HMS Ocean, taking a tour onboard the ship before it is officially decommissioned after being sold to the Brazilian navy 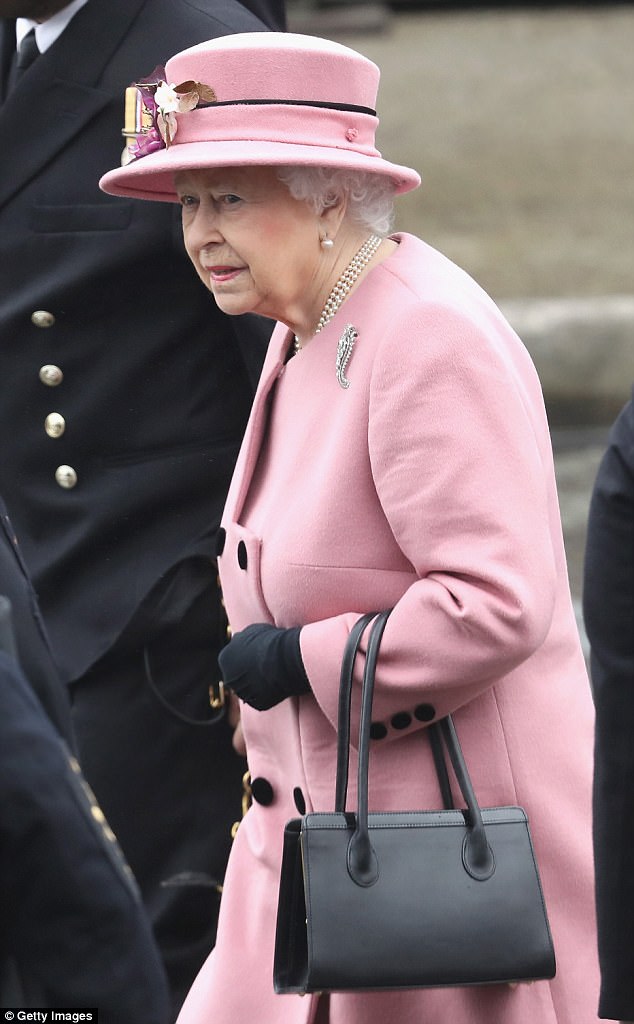 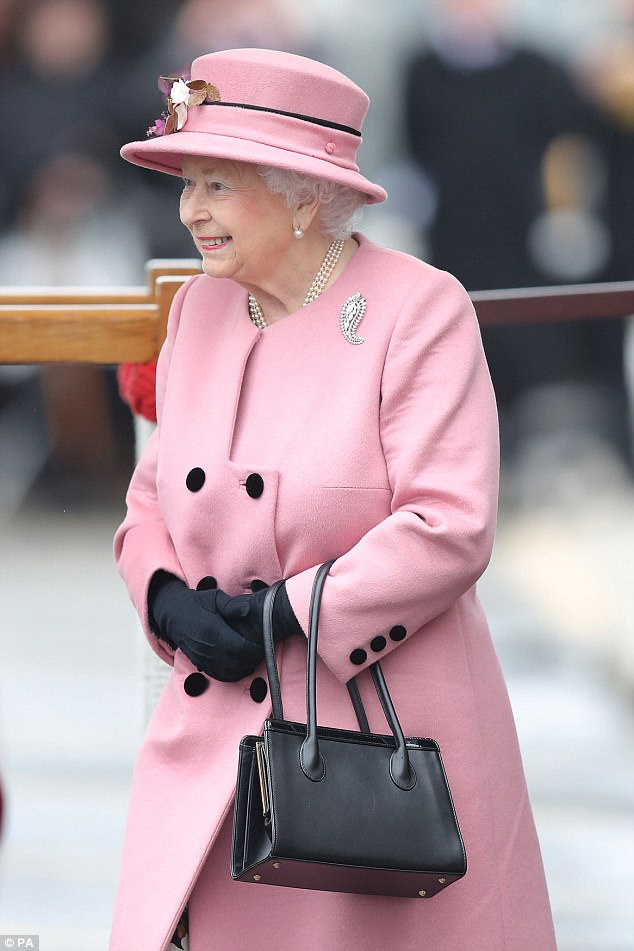 HMS Ocean, or the Mighty O as she is known throughout the fleet, has been sold to the Brazilian navy for £84m.

She most recently carried out humanitarian work in the Caribbean following the effects of Hurricane Irma in British Overseas Territories.

The helicopter and amphibious assault craft has also been involved in operations off Sierra Leone in 2000, Iraq in 2003 and Libya in 2011.

HMS Ocean entered service in 1998 and has since covered more than 450,000 nautical miles. Until the arrival of the Queen Elizabeth class carriers, she remains the largest warship in the Navy’s surface fleet. 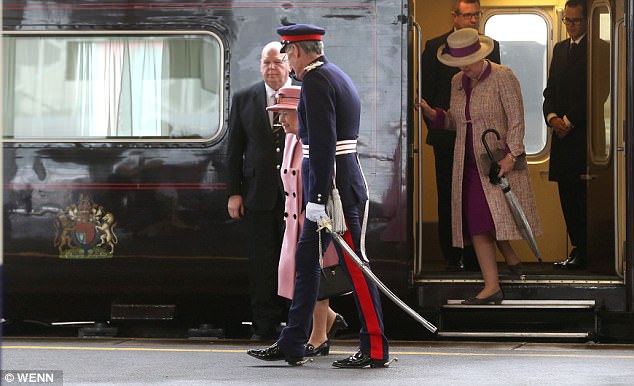 Disembarking the royal train this morning, the Queen is set to meet some of the crew who have sailed on board the ship 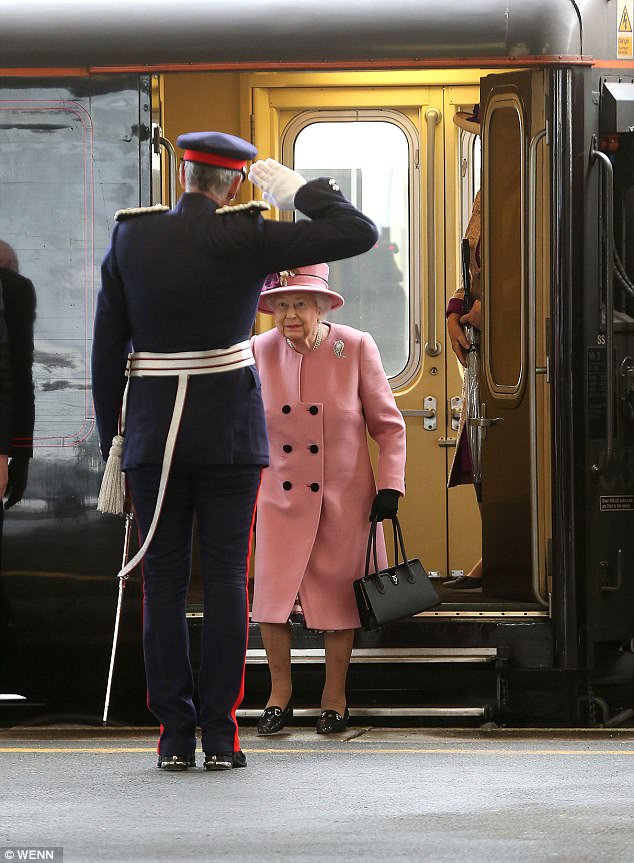 A royal salute, Ma’am! The Queen smiles as she arrives on the south coast 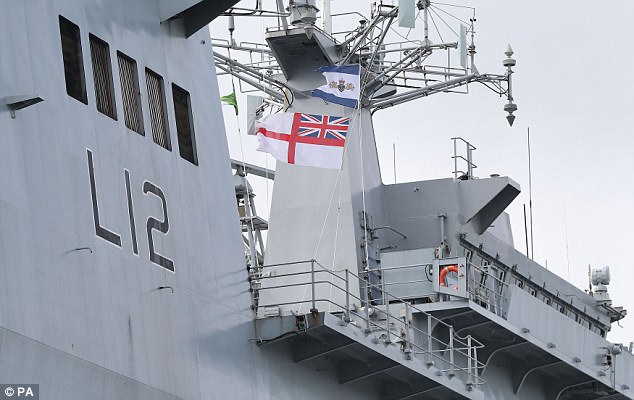