By Kerry Mcdermott For Mailonline

She’s more often seen in vertiginous heels as she attends various official engagements in her capacity as Queen of Belgium.

But Queen Mathilde wisely donned her wellies for today’s event; a visit to Oostduinkerke to watch the country’s horse fishermen in action.

The 44-year-old Queen and her husband King Philippe gamely waded into the sea as the Orde van de Paardevissers – or Order of the Horse Fishers – trawl for shrimp in a centuries-old tradition. 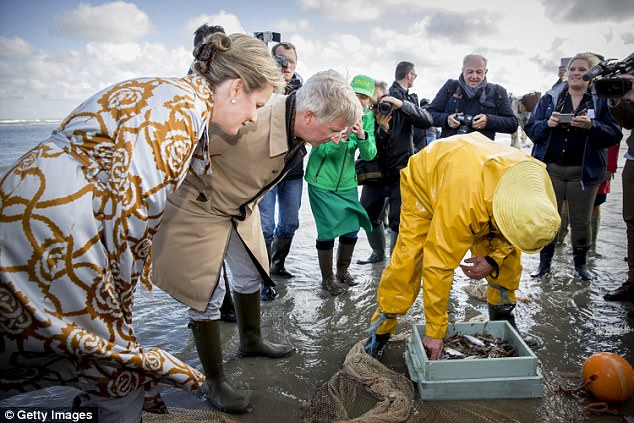 Queen Mathilde, who was snapped crouching down with the King to get a closer look at the fishermen’s haul of shrimp, wore a sensible yet stylish belted trench over trousers.

Putting practicality first, the mother of four also ensured her hair was pulled back from her face on an apparently windswept day in Belgium.

Her husband King Philippe was similarly sensibly attired, wearing a khaki coat and wellies to match his wife’s pair.

Back in the 15th Century, horse fishing was widely practised on North Sea coasts, but the antiquated tradition is now dying out. 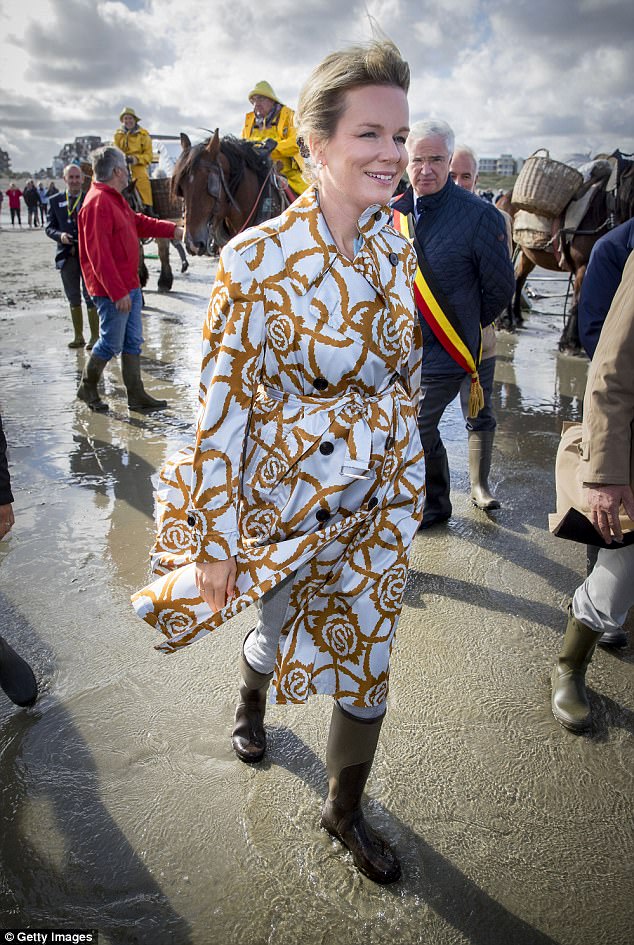 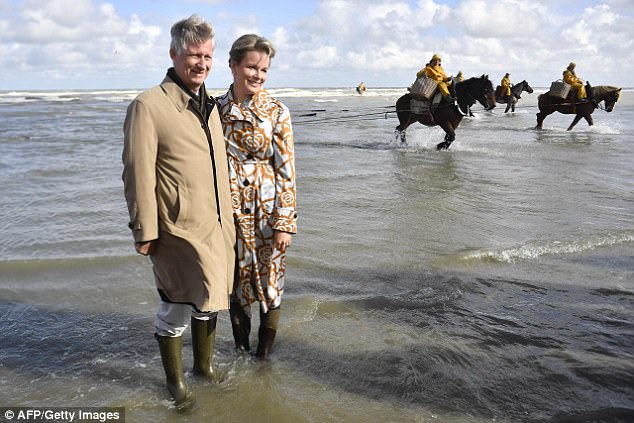 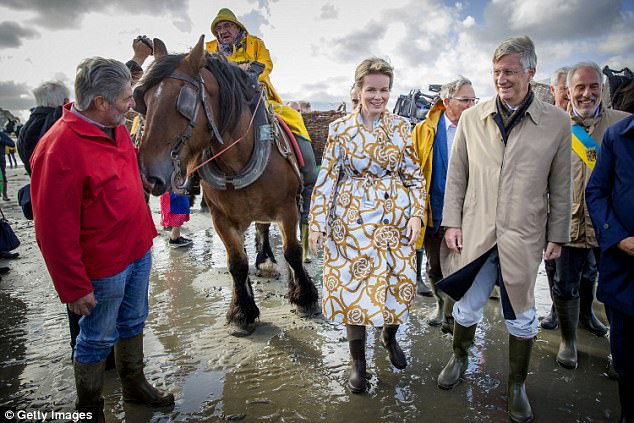 Dramatic photos from the event show the monarchs ankle-deep in the sea as fishermen thunder past on horseback in the background.

The event on Tuesday was in stark contrast to Queen Mathilde’s recent whirlwind trip to Venice, where she took in the city’s famous Biennale clad top to toe in pink.