Queen Maxima and her daughters pose for family photos in Wassenaar

The growing likeness between the Dutch Queen and her three daughters is revealed in this fun family photo shoot.

Proud parents Queen Maxima and King Willem-Alexander posed with their three girls, Catherina-Amalia, Princess of Orange, Princess Alexis and Princess Ariane for the photos, taken at the start of the summer holidays at their seaside home in Wassenaar.

Taking centre stage was Maxima who cut a casual figure in a summery denim dress and a pair of chunky brown wedges.

The Argentina-born royal wore her trademark blonde locks in curls around her shoulders as she posed proudly with her three children.

Her eldest daughter Princess Catharina-Amalia, 14, looked grown up in a purple dress with a peach-coloured floral pattern and a pair of grey suede Mary Jane pumps.

The teenager is first-in-line to the Dutch throne and lives with her parents in their house in Wassenaar, while attending a private school in The Hague. 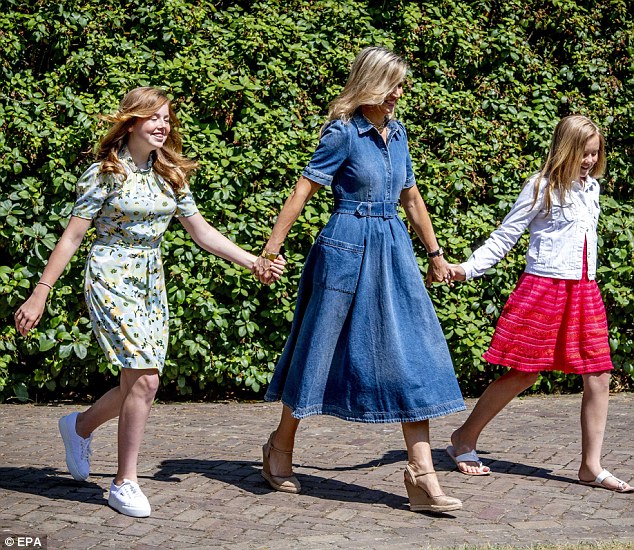 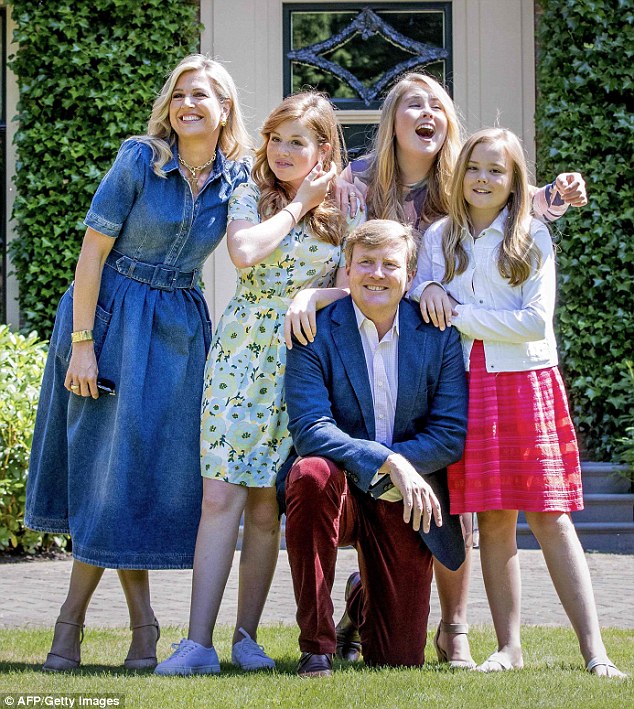 King Willem-Alexander looked his dapper best in a blue blazer and burgundy trousers, alongside an open collared shirt as he posed in the relaxed setting.

The family-of-five assembled for more formal photos on the steps of their seaside home before descending into the gardens where more candid snaps were taken. 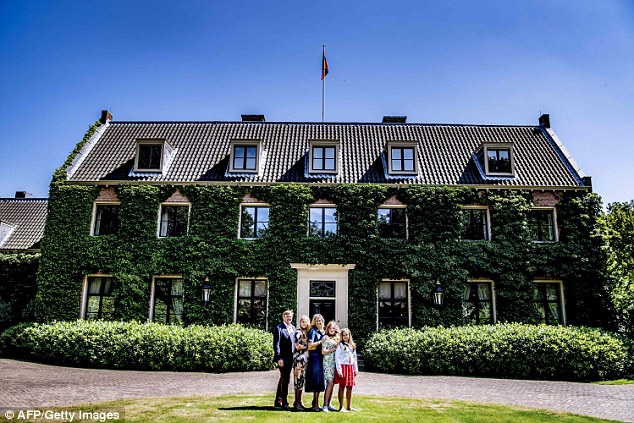 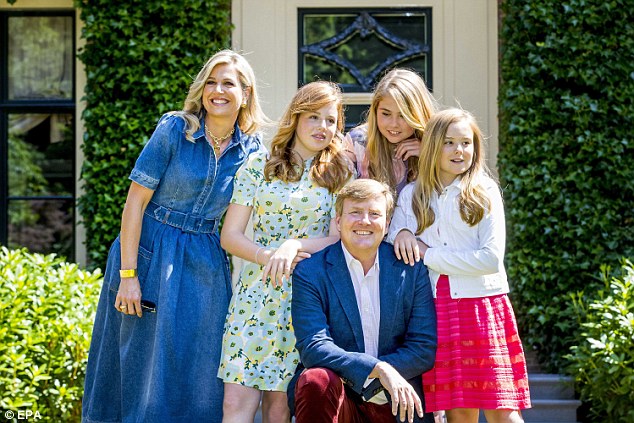 In a formal photograph in front of the lavish pad’s front door, a proud Willem-Alexander put his arms around Catharina-Amalia and Alexia.

In another snap Maxima lead her two youngest girls by hand in a walk through the grounds while laughing.

The Dutch royal family pose for twice yearly photos – one at the beginning of summer and the start of their annual skiing holiday.

They have established an agreement with the media that they will take part in the shoots, in return for not being photographed when they are not on official royal duty.