The Queen will use her Commonwealth Day message to hail the value of international co-operation in what is likely to be interpreted as another royal remark on Brexit.

In the message, released ahead of the celebration on Monday, the Queen notes how millions of people are ‘drawn together’ because of the values shared by the institution.

She also speaks of ‘value of belonging in a connected Commonwealth’ and notes the ‘times of great change’ which Britain and others are going through.

Her remarks will feature in the order of service at the event at Westminster Abbey, which will be attended by senior members of the Royal Family and national figures.

Despite being constitutionally obligated to be above politics, The Queen has made remarks in recent speeches which have hinted at Britain’s Brexit debate.

In January, she referred to ‘respecting different points of view’ and ‘coming together to seek out the common ground’ in a speech to mark the centenary of the Sandringham Women’s Institute. 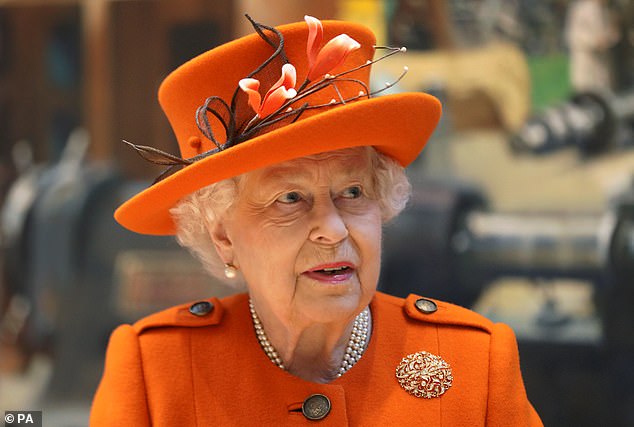 In a message ahead of the celebration on Monday, the Queen notes how millions of people are ‘drawn together’ because of the values shared by the institution. She also speaks of ‘value of belonging in a connected Commonwealth’ and notes the ‘times of great change’ which Britain and others are going through

Meanwhile, in 2016 BBC political editor Laura Kuenssberg said the monarch had apparently made her views clear at a private lunch before the referendum June referendum.

According to Miss Kuenssberg’s contact, the Queen told guests at the lunch: ‘I don’t see why we can’t just get out. What’s the problem?’

Even her headwear choice at the June 2017 opening of parliament – a blue hat with yellow dots – which drew comparisons with the EU flag was seen as a clue of her Brexit views. 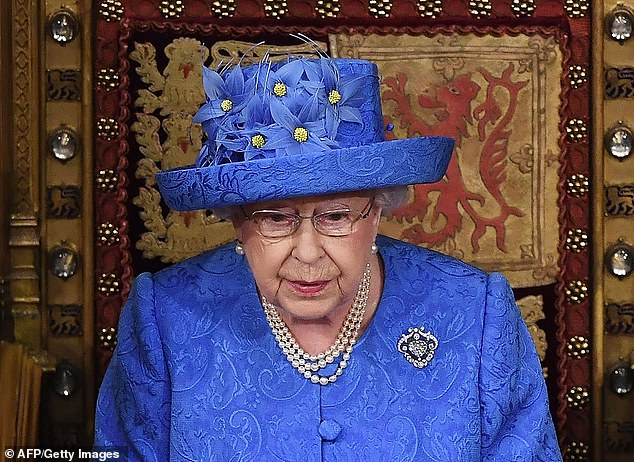 The monarch, who is head of the Commonwealth, says in her latest message: ‘Today, many millions of people around the world are drawn together because of the collective values shared by the Commonwealth.

‘In April last year, I welcomed the leaders of our 53 nations to Buckingham Palace and Windsor Castle for the Commonwealth Heads of Government Meeting, and we all witnessed how the Commonwealth vision offers hope, and inspires us to find ways of protecting our planet, and our people.

‘We are able to look to the future with greater confidence and optimism as a result of the links that we share, and thanks to the networks of co-operation and mutual support to which we contribute, and on which we draw.

‘With enduring commitment through times of great change, successive generations have demonstrated that whilst the goodwill for which the Commonwealth is renowned may be intangible, its impact is very real.’

In February, the Duke of Cambridge Prince William also made remarks on ‘working for the common that were seen as a coded Brexit plea.

Speaking about the ‘appointment of former Olympian Dame Mary Peters to the Order of the Garter in Belfast, Prince William said: ‘Mary Peters is not only one of the United Kingdom’s sporting legends, she’s also inspired generation after generation to come together in times of trouble and work for the common good – a lesson I hope many of us can learn from.’

Other guests among the 2,000-strong congregation will include Prime Minister Theresa May, the Commonwealth Secretary-General Baroness Scotland, alongside high commissioners, ambassadors, faith leaders and more than 800 schoolchildren and young people. 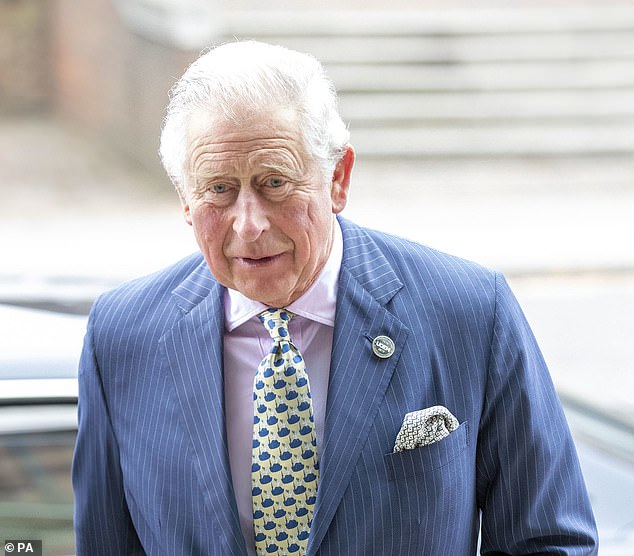 Prince Charles, pictures at an event in Reading on Friday, will also be at the event along with the Duchess of Cornwall, Prime Minister Theresa May and other royals

The Duchess of Cambridge (left) and the Duchess of Sussex will also be at the Commonwealth Day service at Westminster Abbey on Monday. They will be joined by Princes William and Harry and the Duke of York

As well as coming shortly before Britain’s departure from the European Union, this year’s Commonwealth Day has another special significance as 2019 marks the 70th anniversary of the modern Commonwealth.

The institution is a global network of 53 countries and almost 2.4 billion people.

The theme for this year’s service is ‘A Connected Commonwealth’ which highlights the co-operation between the culturally diverse family of nations who work together in friendship.

Highlights of the service include performances by Grammy-winning group Clean Bandit and tenor Alfie Boe. A reflection will be given by Lewis Pugh, an endurance swimmer, ocean advocate and the UN Patron of the Oceans.

Organised by the Royal Commonwealth Society, the Commonwealth Service is the largest annual inter-faith gathering in the UK and will be broadcast live on BBC One.