The Queen greeted fans in Scotland with a wave and a smile as she arrived in Edinburgh as part of her first outing since the Platinum Jubilee.

A Royal assistant stood ready to help Her Majesty down the steps on to the platform, but she descended unaided dressed in a powder blue coat with a pearl and diamante trim hat.

Her Majesty is shown stepping off the Royal train and smiling before waving to her fans.

Policemen stand in front of the entourage which soon fills up the platform as the Queen departs using her walking stick.

The footage comes as the Queen begins her traditional trip to Scotland on Monday for a week of royal events. 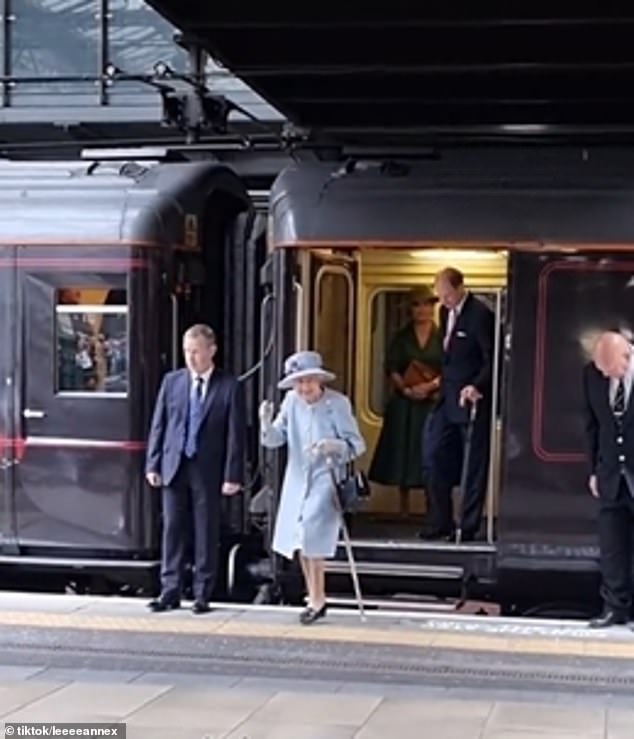 The 96-year-old, who has cut back on public engagements due to mobility issues, showed no sign of discomfort when handling the journey.

Royal sources prior to the Jubilee that the Queen would miss the Epsom Derby for the third time of her reign in order to ‘pace herself’ for the festivities, which took place over a four day weekend marking her 70 years on the throne.

But she was all smiles as she took part in the historic Ceremony of the Keys on Monday – the traditional opener to Holyrood week for the Royal Family.

The Queen, who has a deep love for Scotland, has been joined by her youngest son, Edward, and his wife, Sophie, known as the Earl and Countess of Forfar while they are in Scotland, for the event, which is taking place at the Palace of Holyroodhouse.

The ceremony sees the monarch handed the keys of the city and welcomed to her ‘ancient and hereditary kingdom of Scotland’.

A Guard of Honour was provided by the Balaklava Company, The Argyll and Sutherland Highlanders.

Her Majesty hopes to carry a out several engagements this week – and will meet Scottish First Minister Nicola Sturgeon during her stay. 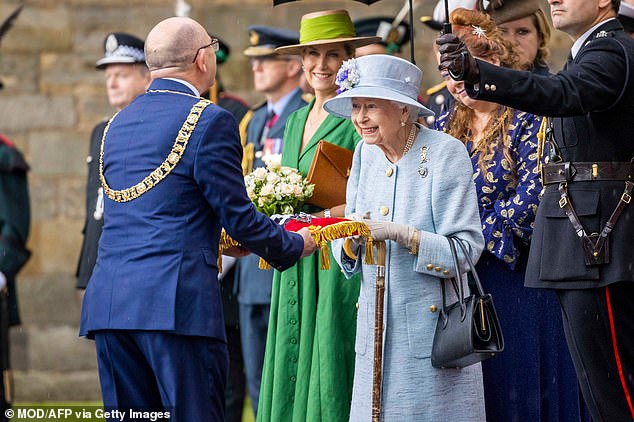 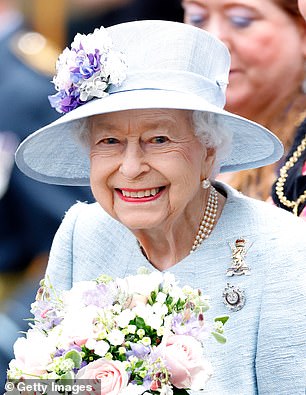 Her children, including Prince Charles, will be supporting her all week – but Prince Andrew will stay away because of controversy about his settlement with Virginia Roberts Giuffre – an abuse victim of his friend Jeffrey Epstein.

Dressed in a powder blue silk wool coat and dress by Stewart Parvin, paired with a hat by Rachel Trevor-Morgan, the Queen was symbolically offered the keys to the city by Edinburgh Lord Provost Robert Aldridge.

The tradition dictates that the monarch returns them, entrusting their safekeeping to the city’s elected officials.

The Queen was joined by her youngest son, Edward, and his wife, Sophie, known as the Earl and Countess of Forfar while they are in Scotland.

The Guard of Honour was provided by the Balaklava Company, the Argyll and Sutherland Highlanders, 5th Battalion The Royal Regiment of Scotland, which was inspected by Edward on the forecourt of the palace during the ceremony. 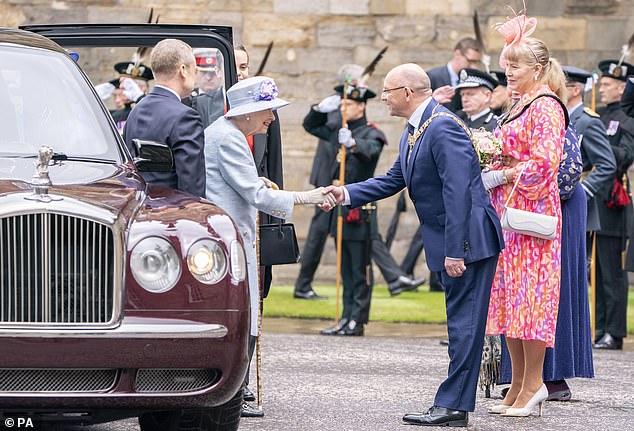 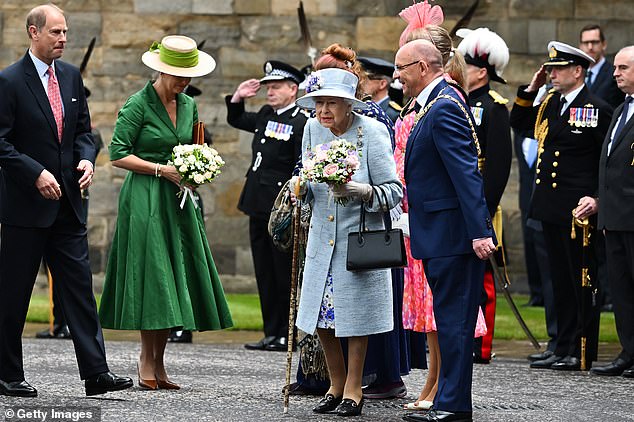 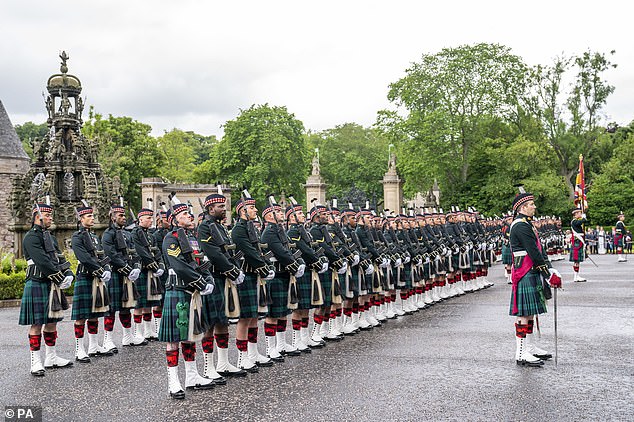 Royal Regiment of Scotland during the Ceremony of the Keys on the forecourt of the Palace of Holyroodhouse in Edinburgh.

The trip comes after the recent Platinum Jubilee celebrations for the Queen, in which she pledged to continue to do her job ‘to the best of my ability supported by my family’.

Charles, known as the Earl of Rothesay in Scotland and the Princess Royal will all take part in a series of public engagements north of Hadrian’s wall over the coming days.

However, Andrew, known as the Earl of Inverness in Scotland, no longer carries out public duties and will not be involved.

It emerged over the weekend that The Queen has defied doctors by getting back in the saddle on her beloved horses – just days after she was seen without the walking stick she has relied on recently.

Nine months after she was advised to stop riding, the 96-year-old monarch has reportedly been on horseback in Windsor.

She is also due to attend an Armed Forces Act of Loyalty Parade at the palace on Tuesday, although some engagements during the week will be covered by other members of the royal family.