The dress worn by the Queen for her Coronation at Westminster Abbey is set to go on display at Windsor Castle to celebrate her Platinum Jubilee.

Her Majesty’s Coronation dress, which was designed by British couturier Sir Norman Hartnell, is made from white duchesse satin.

It is famously embroidered with the emblems of the seven independent states of which she were to become monarch, as well as those of England, Scotland, Ireland and Wales, with gold and silver thread.

The lavish gown, worn by Her Majesty at her Coronation in 1953, will go on show at Windsor Castle between July 7th and 2022 September 26th

Her Majesty wearing her Coronation dress, designed by British couturier Sir Norman Hartnell, made from duchesse satin and gold embroidery

Also on show at Windsor Castle will be Her Majesty’s Robe of Estate, which she wore on her Coronation day.

The purple silk velvet garment, made by royal robe-makers Ede and Ravenscroft, also features a goldwork embroidery design, which was embroidered at the Royal School of Needlework.

Both of the items will be put on display at Windsor Castle from July 7th until September 26th. 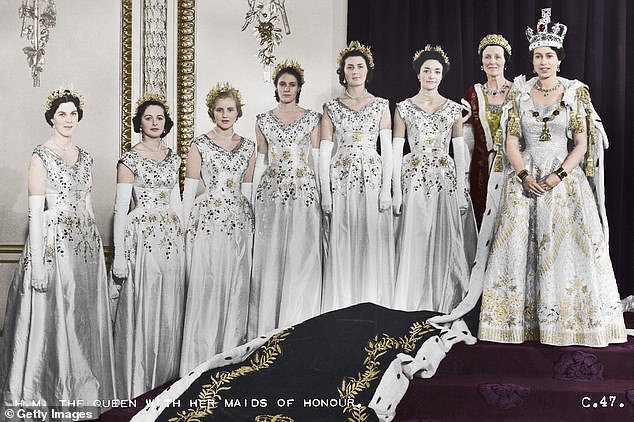 The Queen, pictured here with her maids of honour on her Coronation day, is wearing the Robe of Estate that is going on show at Windsor Castle to mark the Platinum Jubilee 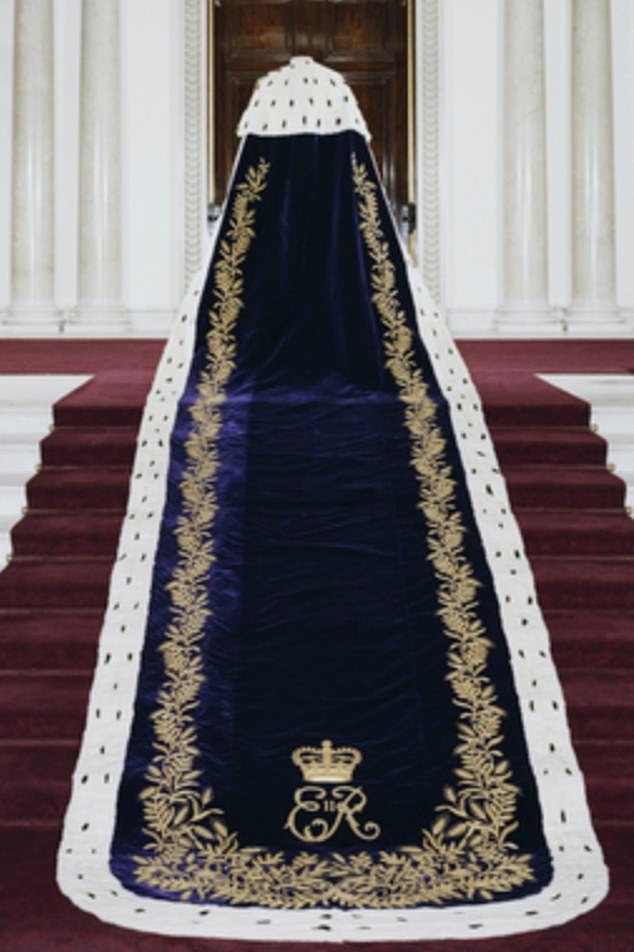 The purple silk velvet garment, which was made by royal robe-makers Ede and Ravenscroft, features gold and silver embroidery

The Queen’s dress and robe are not the only Coronation garments going on display to mark the Platinum Jubilee.

A lavish maid of honour dress from the event, which has been painstakingly restored, is also set to go on show.

The gown, which features a tiny 22-inch waist and motif of gold leaf and pearl white blossom, went missing for almost 40 years.

It was recently rediscovered at Blenheim Palace, in Woodstock, and painstakingly restored by textile conservator Emma Telford.

The outfit, designed by the Queen’s dressmaker Norman Hartnell, was worn by Lady Rosemary Spencer-Churchill at the 1953 Westminster Abbey ceremony.

Lady Rosemary recalled in a 2013 BBC interview: ‘The noise was absolutely fantastic.

‘The roar of the crowd, I do remember that very well. And of course, it was a pretty awful day. It wasn’t raining non-stop but it was cold and we had nothing but our gloves. 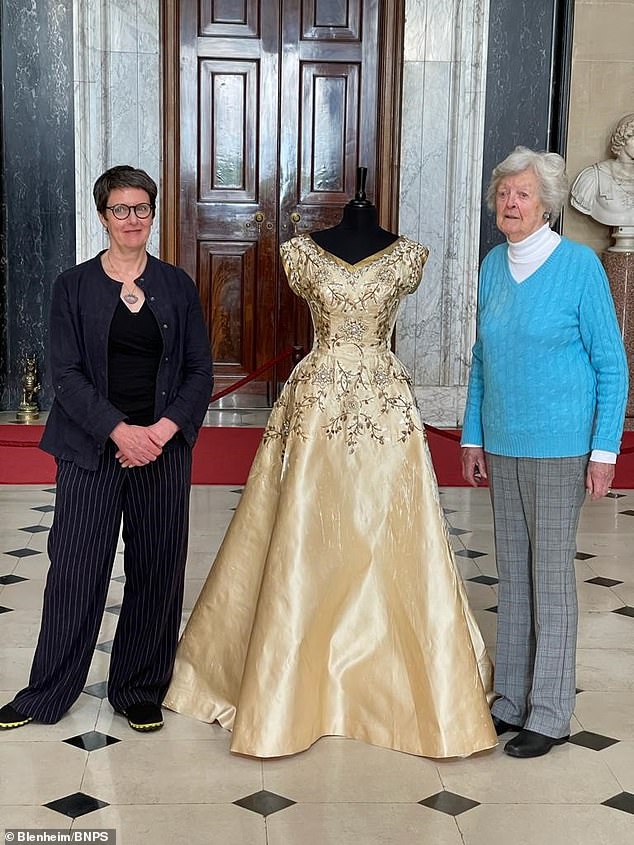 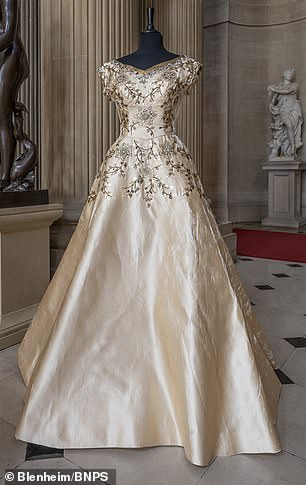 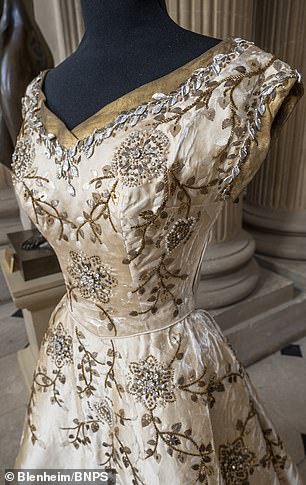 ‘We were in the carriage with Lord Tryon who was Keeper of the Privy Purse. In this wonderful embroidered purse he gave us sweets to eat on the way round London.

‘I was excited. I don’t think one was too apprehensive.

‘Like everything we’d been so well-schooled for so long that we knew exactly what we had to do and when we had to do it.

‘The Queen was very relaxed and full of confidence. When we were all in place and holding her train she said ‘Are you ready girls?’ and we set off.

‘When the Queen made her oath and she was anointed by the Archbishop of Canterbury with oil on her forehead, dressed in just a little linen shift, she looked very vulnerable, but she was completely calm and fantastic.’