Pictured: Sick animal abuser who killed puppies and bred a pack of savage dogs for a fighting ring before being jailed

A man has been jailed after he was found guilty of breeding and fighting pitbulls.

Bradd Michael O’Keeffe was jailed for six months, with a non parole period of two months, after pleading guilty to two charges of supplying a dog for an organised dogfight.

The 41-year-old’s property in Richmond, western Queensland, was raided by RSPCA officers on April 19, 2018 after a months-long investigation.

They found 19 pitbulls on the property, tethered to metal chains and suffering severe hookworm infestations.

Bradd Michael O’Keeffewas jailed for six months after pleading guilty to two charges of supplying a dog for an organised dogfight. Pictured with one of his dogs

Two dachshunds, a chihuahua, a pug, Kelpie working dogs and two French bulldogs were also seized from the property.

One of the French bulldogs required surgery to remove his eye.

Most of the dogs required treatment and were eventually rehabilitated and rehomed, but one was ‘so aggressive he sadly had to be euthanised’, an RSPCA spokesman said.

All of the dogs had ‘scarring consistent with organised dog fighting. Some were underweight while others were timid and unsocialised,’ the RSPCA found. 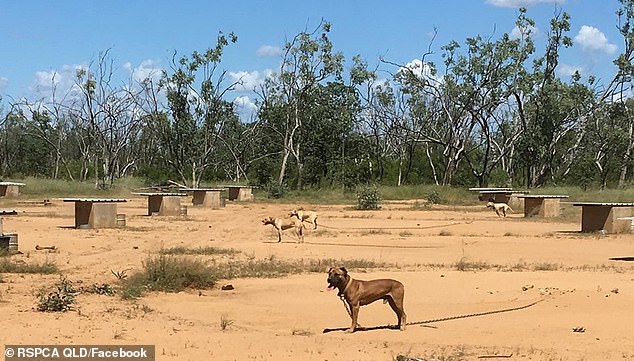 Texts obtained by the Townsville Bulletin suggest O’Keeffe was planning on sending his successful dogs to fights around the nation.

‘I’m sending one of mine to Perth… I think he’ll be hard to beat,’ one of the messages read.

O’Keeffe initially denied any involvement in dog fighting, and said the animals were pig hunting dogs.

In addition to his prison sentence, O’Keeffe was prohibited from possessing dogs from breeds considered to be typically used as dogfighters for light. 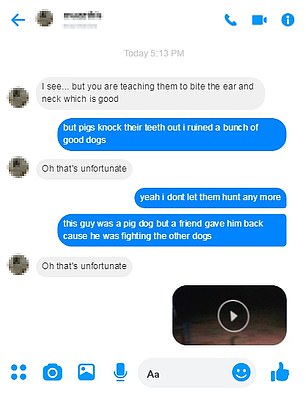 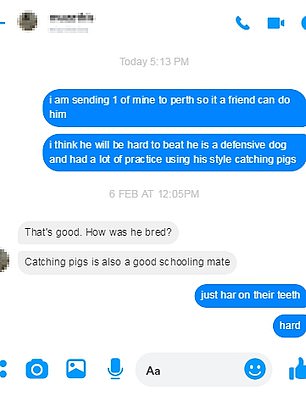 He was also ordered to pay costs of almost $1,700, and items in relation to organised dogfighting were forfeited to RSPCA.

The magistrate said O’Keeffe’s treatment of his animals was unacceptable and his punishment needed to reflect the severity of his wrongdoing.

‘This type of offending is repugnant on so many levels. Any suggestion by these dogfighters that this is entertainment, or that the dogs enjoy fighting, is perverse, and we are pleased the Court has reinforced that view.’ 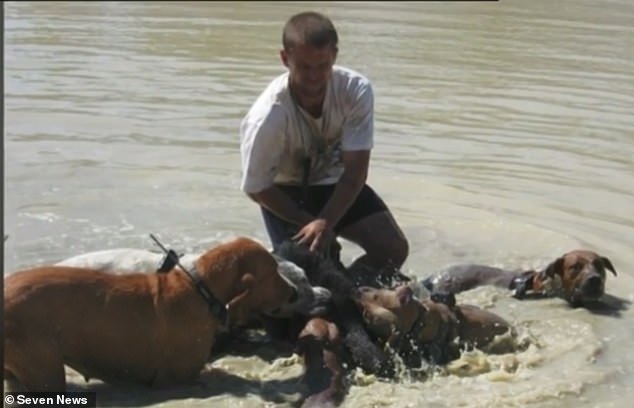