A koala lies dead on a Gold Coast roadside, with it’s eyes shut and it’s paws clamped together it reveals the true cost of the areas rapid urbanisation.

The confronting photo, was taken on the New England Highway near Armidale, and shows the national icon, come road kill, lying dead as cars pass by.

The numbers of Koalas on the Gold Coast have been listed as vulnerable since 2015 but their decline has recently become a heated issue in the glitzy sea-side city.

Anonymous campaigners are plastering areas of the city with ‘save koala’ stickers right in time for the Commonwealth Games.

They feature a lookalike to the Games’ official mascot, Borobi, and show the koala climbing a light pole instead of a tree.

Aptly named, ‘Sorrowbe’, the green version of the official mascot appears on the sticker alongside the slogan ‘no tree’.

The CEO of the Australian Koala Foundation, Deborah Tabart, says the campaigners may be too late.

‘They’re dead. That’s the fact of it. Last year the state environmental minister announced they are functionally extinct, now that’s a scientific term, but it essentially means there is no hope,’ she told Daily Mail Australia.

‘I don’t believe there’s any intention from the government to protect koala habitat.’ 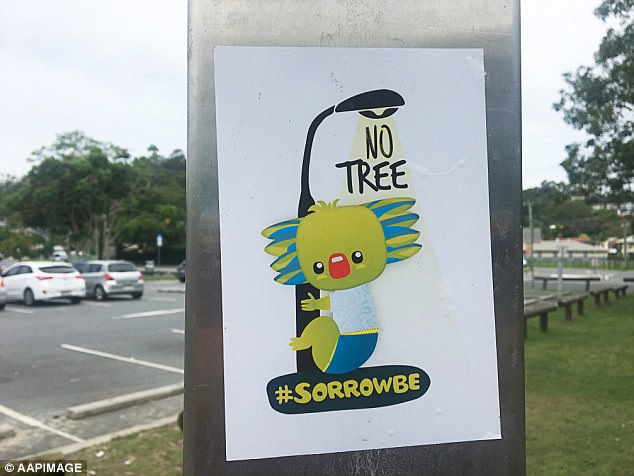 Anonymous campaigners have plastered these ‘Sorrowbe’ posters across the Gold Coast

‘Where the Games’ are now that used to be bush. In the East Coomera town centre, about ten years ago, the gold coast council gave approval and spent a 20 million dollars to move the population. I have never been supportive of that, chances are they’re dying,’ she said.

‘It shouldn’t have come to this.’

The numbers are disheartening. In the late 80’s the koala population on the Gold Coast numbered over 400,000. Now, experts suggest the number is between 45,000 and 85,000. Up to three koalas a day are taken to wildlife hospitals everyday.

In January the Gold Coast council released a study into the population showing the numbers remained stable. 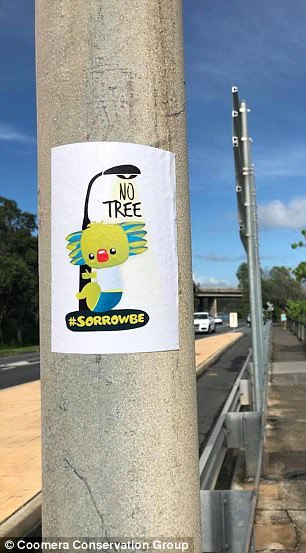 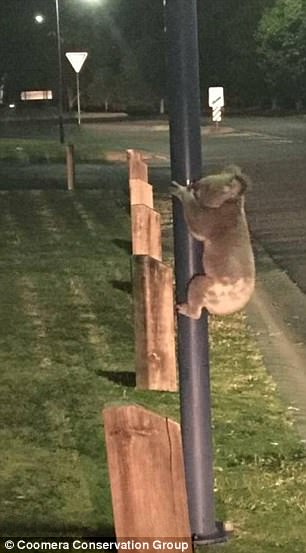 But their habitat is constantly being eroded by urban development so it means there are more koalas in less bush-land.

The people behind the Sorrowbe campaign continue to stay anonymous but the community has reached out to support them. Gold Coast residents are photographing the posters and putting them up online.

Many of them are outraged that koala numbers dwindle the government has chosen the animals as it’s mascot.

‘How insulting having a koala as our GC mascot when our council have no respect for their habitat … id love to stick millions of these around … great work,’ one user said. 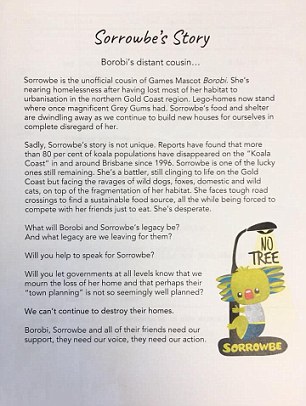 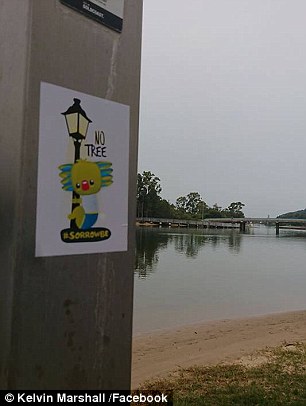 People have shared ‘Sorrowbe’s story’, a letter (left) from the campaigners about why they have put up posters around the gold coast, online. Residents have been spotting the posters (right)and sharing them over social media

‘I’m a proud Australian and the koala should be front and centre, but making it the mascot was a grave arrogance to the declining numbers,’ she said.

The Sorrowbe campaign unintentionally coincides with a new global report on the demise of biodiversity.

It shows that Australia is the worst offender in terms of mammal population depletion. 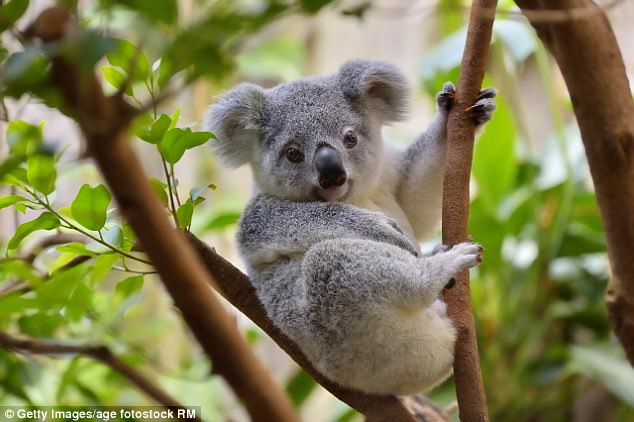 Talking to the ABC, Deakin University researcher Euan Ritchie, said that Australia needed urgent changes to the procedures around our biodiversity or our poor record on species loss would continue.

‘We have the worst record in the world on mammal conservation, with 30 species likely to have become extinct since European settlement,’ he said.

‘We need urgent changes to our laws relating to political donations and disclosure of potentially vested interests.’

‘Both major political parties receive large donations from fossil fuel companies and extractive industries. And if they’re making decisions about biodiversity at the same time as development, then obviously there’s a potential conflict of interest there.’