Popular nightclubs are slapped with $20,000 in fines for breaching coronavirus rules and allowing revellers to DANCE

Popular nightclubs have been slugged $20,000 in fines for breaching coronavirus rules.

The footage of party-goers dancing at Prohibition in Brisbane’s Fortitude Valley on on July 3 and 4 emerged just days after venues were allowed to reopen.

Prohibition, along with another business in the same area, were fined $6670 for opening up their dance floors on the same weekend.

A club on the Gold Coast was also fined after they failed collect customer details.

Attorney-General Yvette D’Ath said rogue operators were flouting the rules and risking the health and wellbeing of Queenslanders during the pandemic.

‘This great work risks being undone by a small minority who have been taking shortcuts and flouting the rules, potentially endangering other people’s health,’ she said in a statement.

‘CCTV footage from two nightclubs in Brisbane’s Fortitude Valley for the weekend of 3 and 4 July clearly showed patrons dancing on what is normally the venue’s dancefloor.’

‘Insufficient action was taken by security or venue management to stop it and subsequently both licensees received a $6,670 fine. 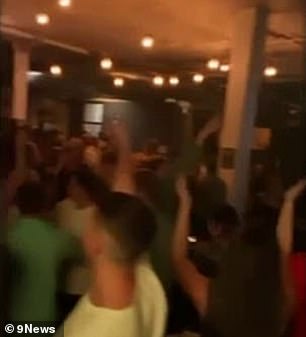 Several clubs were fined for breaking strict coronavirus rules after CCTV footage showed people dancing over the weekend of July 3 and 4. Pictured are people at Brisbane club Prohibition on the same weekend

Ms D’Ath said the Gold Coast bar fined on the same weekend for not collecting details had received multiple warnings.

She warned more fines could potentially be dished out to more venues as OLGR officers were still investigating other possible breaches.

‘Our compliance officers are still investigating a number of matters identified in venues … it is possible further infringement notices will be issued this week,’ she said.

Chief Health Officer Dr Jeannette Young said the prosecutions highlight the consequences of failing to heed public health directions which include ‘no dancing’.

‘It is very clear that dancing is not conducive to social distancing measures,’ she said. 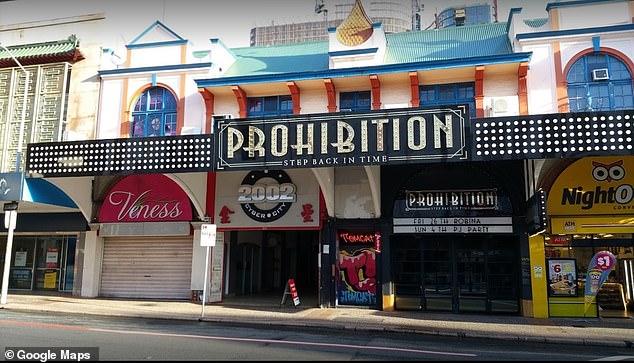