Queensland dog’s miraculous survival after being bitten by snake

A beloved family dog has miraculously been brought back to life after she was rushed to the vet following a seizure.

Portia, a 10-year-old dachshund, had dilated pupils, a blue tongue and her heart stopped beating by the time she reached the surgery in Brisbane.

Just two weeks earlier the pooch had been bitten by a venomous snake in the backyard, unbeknown to her owners. 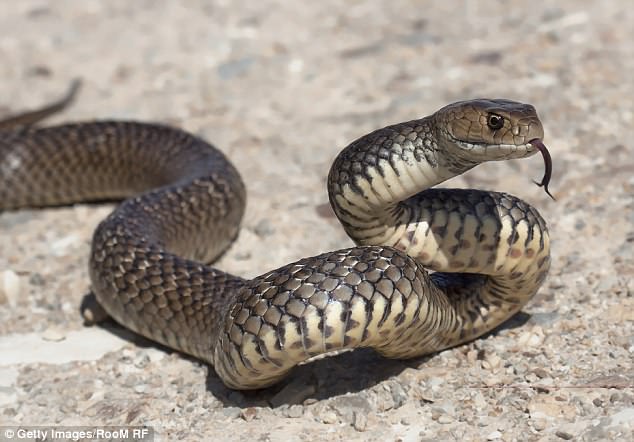 More than two weeks earlier, Portia has been bitten by a venomous snake in their Valdora home in Brisbane’s north

The dachshund was being looked after by Kathy Hamer while her father-in-law was in hospital.

It was a short drive to the Beachside Veterinary Surgery, but by the time Portia and Kathy reached the surgery her heartbeat had stopped and she was no longer breathing.

‘She literally had a heartbeat until we pulled up,’ Ms Hamer told the ABC. 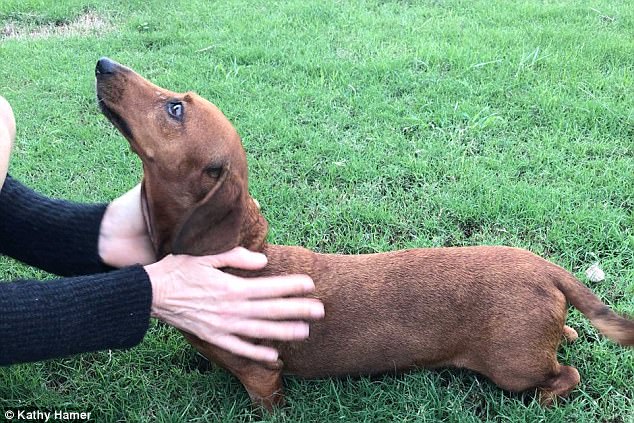 She was rushed to a Brisbane vet when her heart stopped beating, at that point they didn’t know the dog had been bitten by a snake

The family didn’t know she had been bitten by a venomous snake two weeks earlier in their backyard.

‘Every snake bite is different, and every dog is different in terms of the reaction to it,’ Beachside Veterinary Surgery director Daniel Capps said.

They began the surgery to kick-start Portia’s heartbeat so they could use antivenin to treat her.

After 10 minutes of work from the surgery, Portia’s heart started beating and they began to fight the venom in her system.

‘She had a lot of antibiotics and drug therapy, and she started breathing after 18 hours on her own … then she started oxygen therapy,’ Dr Capps said.

Portia was released a week after she was thought to be dead and re-united with her family.

Dr Capps said Portia was lucky to survive the snake bite as most cats and dogs often die from them.