A drink-driving mother has been caught behind the wheel while six times over the legal limit at lunchtime.

Sherri Ann Durston, 39, blew a blood-alcohol reading of 0.298 after being pulled over by police for her ‘manner of driving’ on Old Bay Road in Burpengary, north of Brisbane, at 12.30pm on June 23.

That is six times the open license limit of less than 0.05 percent.

Durston was disqualified from driving for a year and fined $1,600 for drink driving at Caboolture Magistrates Court on Thursday, according to 9News.

Sherri Ann Durston (right), 39, and her partner (left) return home after she was disqualified from driving for a year and fined $1,600 for drink driving at Caboolture Magistrates Court on Thursday

When confronted in front of her home by a 9News reporter, Durston said: ‘I don’t want to be on the news.’

Refusing to speak, Durston’s partner confronted the reporter, urging him to leave.

‘That’s got nothing to do with you or anyone else. Can you go, please?’ he said.

Durston was just metres away from her house when she was spotted swerving in a Nissan X-Trail by police at lunchtime on June 23. 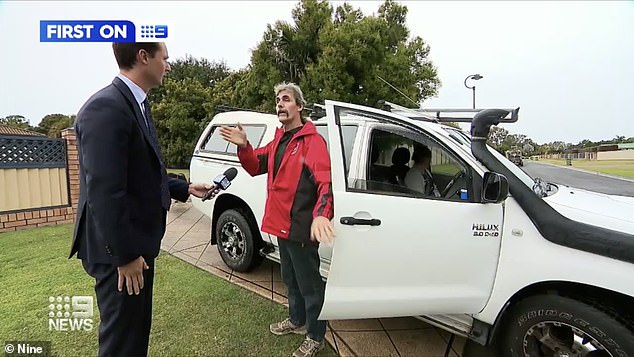 Durston’s partner confronts a reporter in front of their house while she stayed inside the car refusing to speak. She blew a blood-alcohol reading of 0.298 on June 23, which is six times above the open license limit of less than 0.05 percent

The 39-year-old initially blew a blood-alcohol result of more than 0.30 per cent, police said.

Durston was taken to Deception Bay police station where she recorded a second blood-alcohol reading, this time from a specimen sample, of 0.298 per cent.

Deception Bay Road Policing Unit acting officer-in-charge Ken Sands said it was the highest reading he had seen in the last decade.

‘The highest one I’ve seen in my service is mid point-threes, but certainly in the last decade this is the highest reading I’ve seen,’ he told the Brisbane Times. 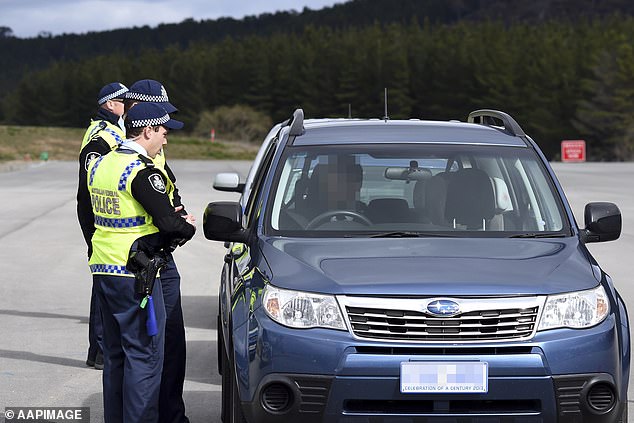 Police were shocked to find Durston blew six times above the legal limit. Deception Bay Road Policing Unit acting officer-in-charge Ken Sands said it was the highest reading he had seen in the last decade. Pictured: stock image of an RBT

According to the Australian Government’s Department of Health, blood alcohol readings of greater than 0.30 per cent can lead to alcohol poisoning, coma and death.

What alcohol does to your body

unable to walk without help

Although the Durston’s blood-alcohol concentration was shockingly high, it is not the highest ever seen across Australia.

In late 2015, a 42-year-old Queensland woman blew 0.48 percent after being found passed out in her car in front of a Runaway Bay cafe.

Shocked police and alcohol experts said at the time that they thought it to be the highest blood-alcohol reading ever recorded in Australia.

One of those charged was a 28-year-old Caboolture man who allegedly recorded a blood-alcohol concentration of 0.102 percent.

He has been charged and is expected to appear in Caboolture Magistrates Court on July 22.

According to the Queensland Government, 55 people are killed each year on the state’s roads due to drink-driving and a further 550 are seriously injured.

Having no alcohol is safer than having just a small amount, as it is easy to exceed the 0.05 percent minimum, according to the Queensland Government’s StreetSmarts website.

Blood alcohol concentrations can continue to rise after you stop drinking, and it can be difficult to monitor levels due to different alcohol contents and the size and shape of glasses.

Other variables can also affect your blood-alcohol concentration making it difficult to guess, including your weight, gender, metabolism, how often you drink and how long it has been since you have eaten, the website says.

Coffee, sleep, vomiting or exercise will not reduce your blood-alcohol levels. 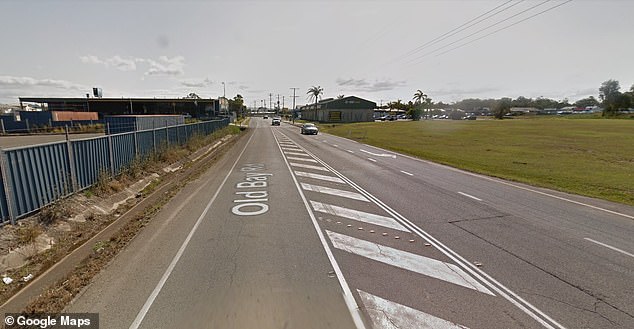 Old Bay Road in Burpengary, Queesland, where Durston was seen swerving before being stopped by police at lunchtime on June 23