Queensland grandmother ran over by her partner

A grandmother has died after she was tragically reversed over by her partner after a shopping trip in Queensland.

Eileen Bolton, 72, was described as ‘caring and quiet’ by police when it was confirmed she was hit at a shopping car park at Atherton Square last Tuesday.

Police described the crash as tragic after she was mowed down by her partner when she was doing her grocery shopping.

They have also revealed the grandmother from Innot Hot Springs was hit by the car driven by her partner Clifford Clarke, 75, at 2.30pm.

Eileen Bolton, 72, was reversed over by her partner Clifford Clarke, 75, at the Atherton Square carpark last Tuesday

A memorial for the grandmother has been set up at the carpark where she was hit.

Grieving friends and family of Eileen left flowers and messages on the fence.

Senior Sergeant Kyell Palmer said it seems as if it was a accident.

‘It seems the man has backed the car up and run her over because she was trapped under the back wheel when police arrived,’ the senior sergeant told the Cairns Post. 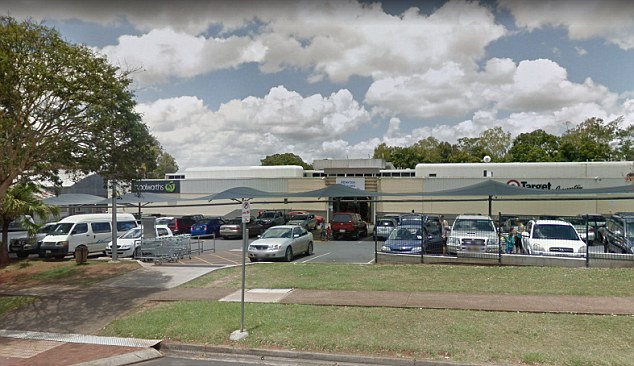 Emergency services removed her as quick as possible from under the car but her injuries were too severe.

She was transported to Atherton Hospital but died shortly after.

Her daughter Veronica Cipolla said ‘Mum was a caring and quiet lady,’ she said.

She said: ‘She was an avid churchgoer in Ravenshoe and she always made sure to keep in touch with her four children, Alice, Matthew, Laurena and myself.’

Ms Cipolla said Mr Clarke was grieving from the accident and left rattled.

Police  are preparing a report for the Coroner and further investigations will be conducted.