A man who hit and killed a toddler in the car park of Queensland Hungry Jacks has sued the fast food company, the council and an architectural firm for negligence.

David George Bryant claims he now suffers from post traumatic stress and blames the lay out surrounding the fast-food restaurant in Brisbane for the accident.

The 32-year-old has sued Competitive Food Australia (Hungry Jacks Annerley), a Brisbane architectural firm as well as the Brisbane City Council for $716,479 in the district court.

The accused firm and Brisbane City Council both deny liability for the accident.

A man who hit and killed a toddler at the pedestrian crossing of the car park at Queensland Hungry Jacks(pictured) has sued the fast food company, the council and an architectural firm for negligence

Mr Bryant, a cafe manager, hit three-year-old Richard Ishimwe as he was driving towards the restaurant just after 12.30pm on April 26, 2012.

Richard was also heading towards the fast foot chain on a pedestrian crossing.

According to the Courier Mail, Bryant claims Richard ’emerged from behind a parked car’ and he didn’t see him before the accident.

In his civil suit he claims the council, restaurant and firm approved the car park lay-out are are liable for his trauma because it was ‘unsafe for children’.

He claimed motorists’ aren’t able to see clearly in the car park as their vision is obscured by other cars.

Bryant also said cars are not given enough time to slow down before the pedestrian crossing. 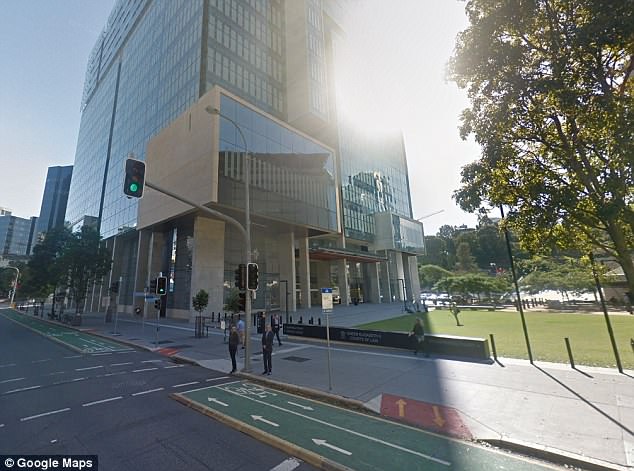 In his civil suit he claims the council, restaurant and firm approved the car park lay-out are are liable for his trauma because it was ‘unsafe for children’

Hungry Jacks Annerley has accused Bryant of speeding and ‘failing to observe the sudden emergence’ of the toddler because he was checking his phone and discount vouchers.

The company also said he had a large plastic plant stuck to the windscreen, he was distracted by earphones and his car had defective brakes as well as a large bull bar.

Byrant said ‘his vision was not obstructed by a plastic plant’ and ‘his hearing was not compromised’.