Queensland man was drugged, forced to give cash and hand over BMW after meeting woman he met online

Social media hook-up goes horribly wrong: Man, 27, ‘is drugged, forced to withdraw cash and signs over ownership of his BMW’ after meeting up with a woman he met online

A 27-year-old was allegedly drugged and kidnapped and forced to hand over the ownership of his BMW after meeting up with a girl he had met online.

After talking to the woman for a month on social media, the pair agreed to meet at a house in Crestmead in Logan, south of Brisbane, on Tuesday morning.

According to Queensland Police, the 27-year-old man then arrived at the house and started chatting to the woman.

A social media hook-up went wrong after a man met a woman he had been talking to online only to get drugged, held against his will and robbed (stock image)

As he was speaking to her, it is alleged that he consumed an ‘unknown substance’ and passed out.

When he woke up he was confronted by two men with a knife who allegedly threatened him and demanded he hand over his credit card, according to reports.

Police say the alleged victim was also forced by the two men and woman to sign over the ownership of his BMW.

It’s then alleged that the two men and woman forced him into a four-wheel-drive and drove him to an ATM where he was asked to withdraw money from his account.

He was then let go and immediately called police who attended the scene and found the women and two men in the same vehicle that they drove to the ATM, according to police.

The trio were arrested and charged with a string of offences. 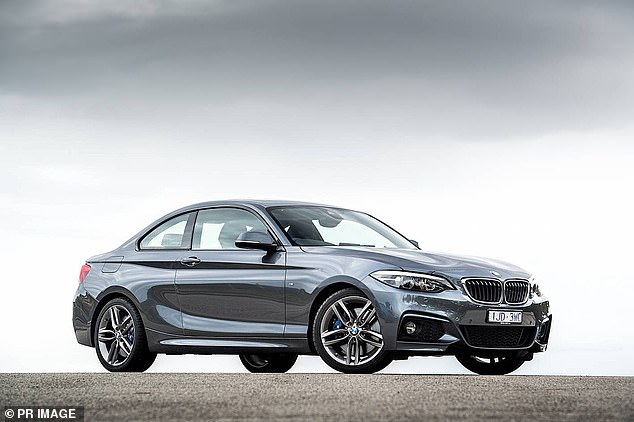 The victim was also forced by the two men and woman to sign over the ownership of his BMW, police say (stock image of a BMW)

The 21-year-old Beenleigh woman was charged with kidnapping for ransom, armed robbery in company use personal violence, extortion with intent to cause detriment serious personal injury, stealing a vehicle, unlawful use of a motor vehicle, possession of property suspected of being used in the commission of a drug offence, and two counts of possessing dangerous drugs.

The 32-year-old Beenleigh man and 32-year-old Crestmead man were charged with kidnapping for ransom, armed robbery in company use personal violence, extortion with intent to cause detriment serious personal injury, stealing a vehicle and unlawful use of a motor vehicle.

The 27-year-old alleged victim was not seriously injured in the incident.

All three alleged offenders are due to appear in Beenleigh Magistrates Court today.