Mothers of all shapes and sizes are embracing their natural beauty by rocking their bodies with confidence at the beach.

Around 10 Queensland women joined forces to celebrate their weight loss successes after completing The Healthy Mummy’s 100 Days To Summer Challenge.

The brave mothers – who meet up regularly for weekly walks and park runs after joining a private Facebook group – proudly put their bodies on show for an empowering photoshoot.

Photographer Natalie Brown captured the stunning portraits of mothers who stripped down to their lingerie or fitness gear to bare their postpartum bodies. 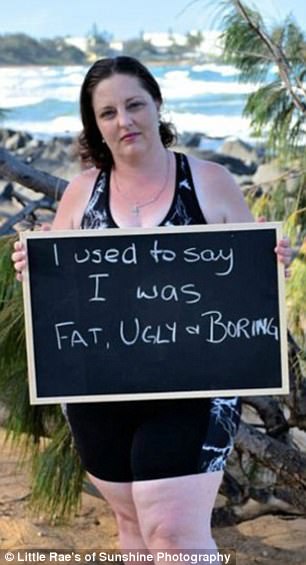 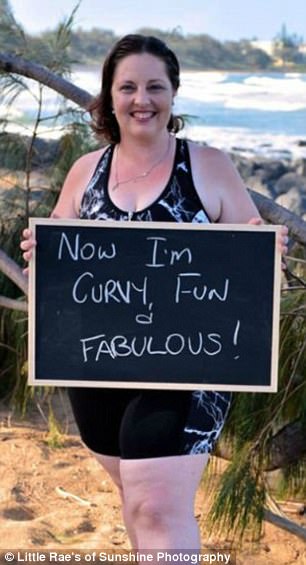 The photoshoot was orchestrated to celebrate women’s bodies – no matter where they are with their weight loss journey.

Tracey Duffy who once tipped the scales at 100 kilos now has an appreciation for her body after dropping down to 68 kilograms.

‘This journey has not only changed the physical side of me, but more importantly the mental and emotional side of me. I now accept all of me,’ she said.

Proudly flaunting her body transformation, Jess Knight said she no longer feels afraid of having a camera pointing at her after losing 10 kilos.

New mother Rebecca Forgan who gave birth in June has since dropped 8.8 kilograms – but she wanted to celebrate her incredibly progress so far.

Proudly flaunting her body, Jess Knight said she no longer feels afraid of being photographed 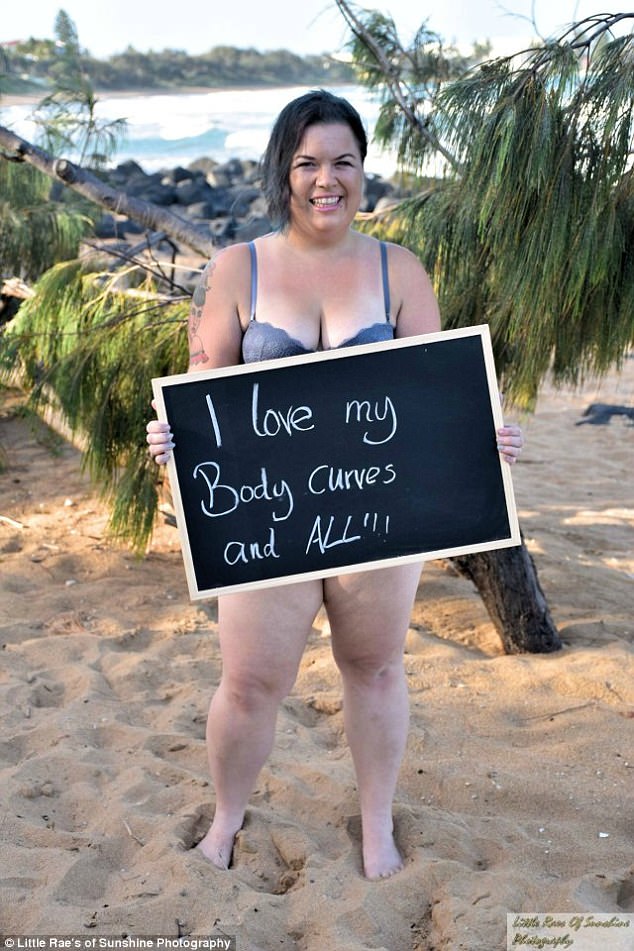 ‘I still haven’t reached my goal but it felt important to celebrate my progress so far. Next year my aim is to be able to say I reached my goal,’ she said.

Tanya Nielsen has a different goal in mind. She’s determined to fit into her prom dress 20 years since graduating from high school.

Holding two signs, Ms Nielsen revealed how she used to think of herself as ‘fat, ugly or boring’. But after losing weight, she now feels ‘curvy, fun and fabulous’.

So far, she has shed an incredible 17 kilos and 45cm off her body after going on five kilometre runs and walks and joining a gym.

‘It was so liberating and to be able to do [the photo shoot] with a group of women who I admire and am really lucky to call friends, made it even more special,’ she said. 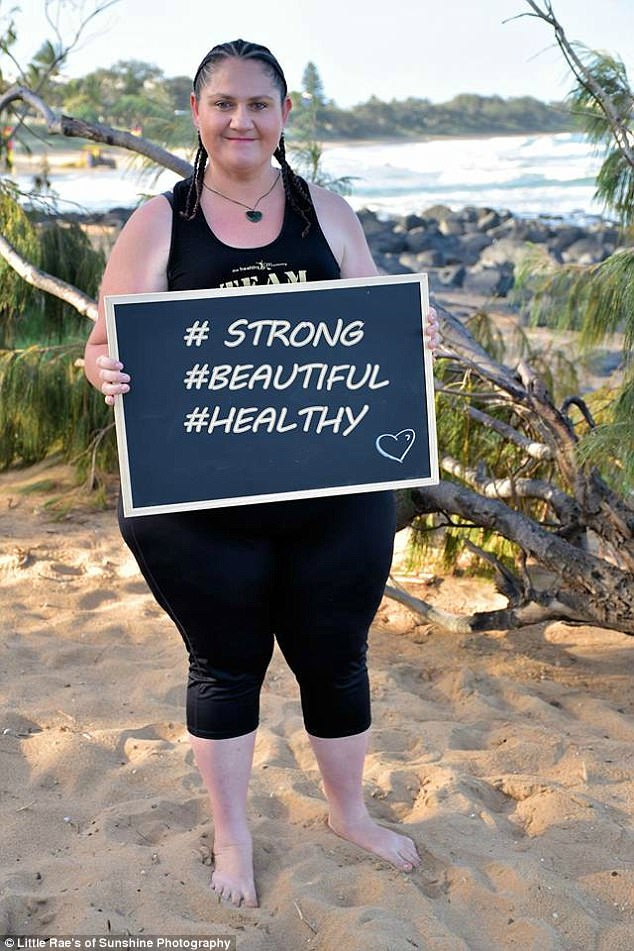 Sammy Wolff started her weight loss journey in an effort to help her chances of conceiving her first child after tying the knot earlier this year.

After losing 17 kilos, she has gone from being ‘self-conscious and hating my body to learning to love it’.

Deanna Mcphee decided to turn her life around after she tipped the scales at a staggering 154 kilos earlier this year.

She has since dropped 25 kilos – and her New Years resolution is to shed a further 24 kilos.

After seeing a photograph of herself taken at her 40th birthday, Linda Stehbens was inspired to lose weight because she felt insecure with the way she looked. 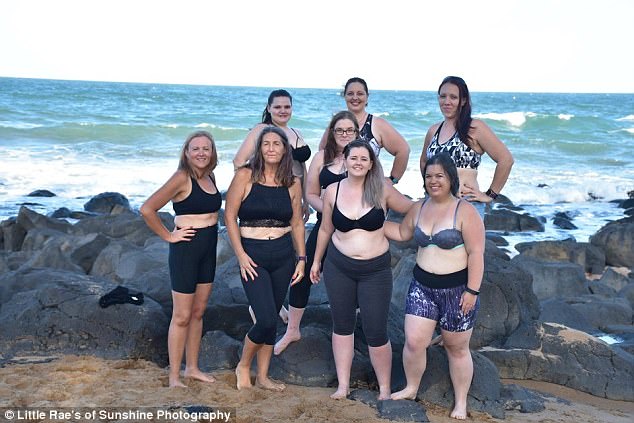 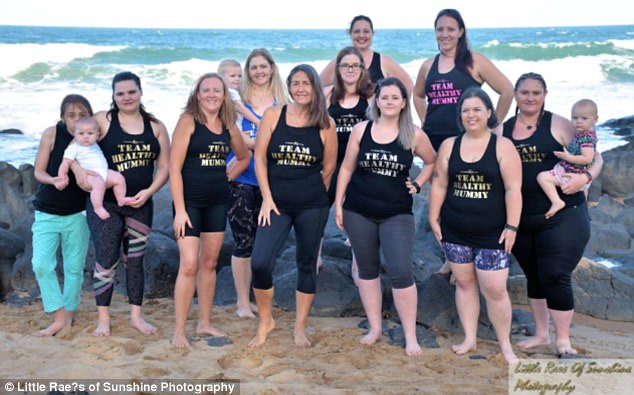 Liz Welch initially thought she couldn’t ‘afford to be healthy’.

‘The day after my birthday, I stepped on the scales to reveal that I was the heaviest weight I’d ever been… I knew something had to change,’ she said.

After joining the weight loss program in January this year, she has dropped a dress size after losing 11.4 kilos.

Leah Hunt whose irritable bowel syndrome was causing her to gain weight has dropped 10 kilograms after changing her diet.