One step away from Adani: Construction of controversial coal mine is set to resume after its plan to protect an endangered bird is approved

Adani’s plan to protect a rare bird has been approved by the Queensland government, with final approval to start its contentious coal mine now one step away.

The state Department of Environment and Science has ticked off on the Indian mining giant’s plan to protect the endangered black-throated finch, which lives on its central Queensland mine site.

A final decision to allow construction to resume is due by June 13, after approval is granted on groundwater management.

Adani’s plan to protect a rare bird has been approved by the Queensland government, with final approval to start its contentious coal mine now one step away (pictured are protesters in Brisbane last month)

The decision followed climate change protests against Adani’s proposed thermal coal mine, which caused Labor to be belted across regional Queensland at this month’s federal election.

The Galilee basin, where Adani is proposing to built at Carmichael project, is an important remaining stronghold for the black-throated finch.

The department said Adani had made additional promises to strengthen its finch management plan.

They include population studies on the mine site, and monitoring systems to track how the bird fares.

‘DES is also satisfied that Adani will engage appropriately qualified ecologists to undertake the company’s survey and monitoring work in relation to the black-throated finch,’ the department said in a statement on Friday.

Former Greens leader Bob Brown, who led a Stop Adani convoy to regional Queensland in the lead up to the federal poll, fears the finch is now doomed to extinction. 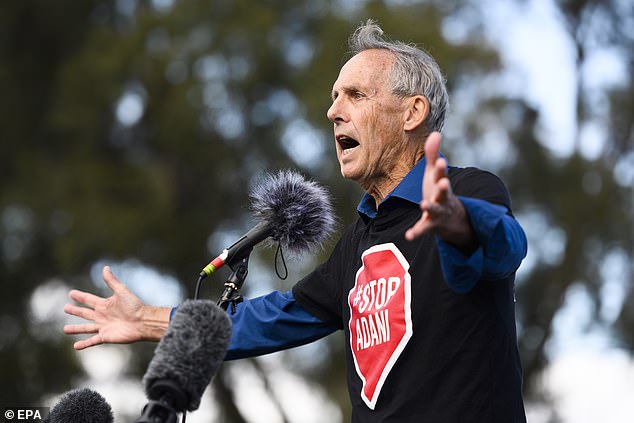 Former Greens leader Bob Brown, who led a Stop Adani convoy to regional Queensland in the lead up to the federal poll, fears the finch is now doomed to extinction

‘The obliteration of the bird’s stronghold in the Galilee Basin is the same as shooting them,’ he said in a statement.

His convoy has been blamed on Labor’s poor performance in central and north Queensland at this month’s federal election.

Labor lost the Townsville-based seat of Herbert, suffering an 8.2 per cent swing against it, and was belted in the previously-marginal Nationals electorates of Capricornia and Dawson, where there were swings of more than 11 per cent against the Opposition.

While many voters were more focused on job creation, finch expert Dr April Reside said land clearing had left the finch with nowhere to live, with suitable habitat reduced to just 12 per cent of its original range. 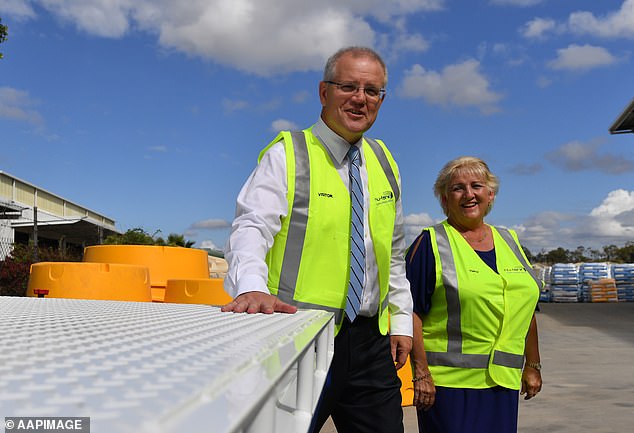 She conceded Queenslanders were fed up with delays to state approvals and ordered the coordinator-general to sit down with the company and officials from her environment department and agree on approval deadlines.

Ms Palaszczuk belongs to Labor’s minority Right faction, which supports the Adani mine.

Her deputy Jackie Trad, however, is the leader of the dominant Left faction which is opposed to the mine on environmental grounds.

Adani has vowed to resume the mine’s construction as soon as its groundwater plan is approved. 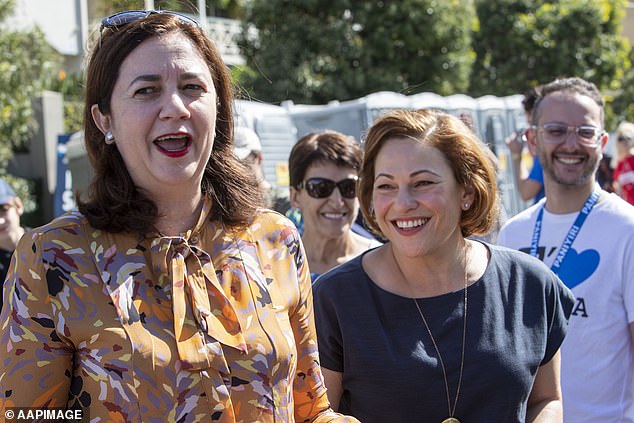 Queensland Premier Annastacia Palaszczuk (left) last week to intervened to approve the finch management plan, following Labor’s poor showing in the Sunshine State at the election. Her deputy Jackie Trad, from the dominant Left faction, opposes the mine