Tan France says he has ‘always known’ what he would name his future children.

The Queer Eye star, who is currently expecting his first child, a son, with husband Rob, has had baby names picked out since he was ’16 or 17, possibly even earlier.’

In advance: Tan France told Lilly Singh that he has known what he has wanted to name his soon-to-arrive son ever since he was ’16 or 17, possibly even earlier’

France said he ran his moniker choices past Rob and was thrilled when his spouse ‘liked the names.’

He added: ‘[I know that sounds] terrifying, but I just needed to know if [Rob] liked these names. And he did, so I was like ‘”Okay, that’s what our first child is going to be called.”‘

The 38-year-old television star didn’t reveal what his baby’s name will be, but insisted it will be a South Asian moniker after his own descent.

He teased: ‘You can take the boy out of Pakistan, but you can’t take Pakistan out of this boy no matter how hard you try.’ 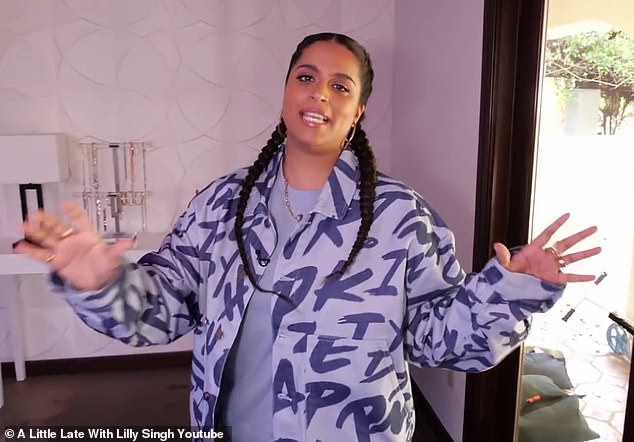 Met with approval: The Queer Eye star told the reality television personality that he ran a list of names by his husband, Rob, who found them to be nice 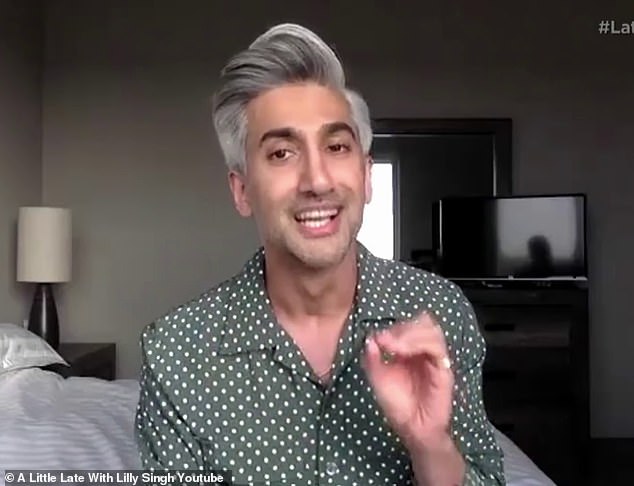 Keeping it real: France also remarked that he would be giving his son a traditional South Asian name as a reflection of his own heritage

And the Next In Fashion co-host cannot wait to introduce his son to food from his culture just as soon as he’s old enough to eat it.

Asked during an appearance on A Little Late With Lilly Singh what he wants to teach his son, he said: ‘First off, our food, the first food, other than milk, that my son will taste will be Indian food, that’s my food.’

He also expressed that he will expose his child to his culture’s language, particularly through films that he watched in his own youth.

‘There are many things I want to teach…I want to teach my kid Hindi, there will only be Bollywood stuff in the house,’ he expressed. 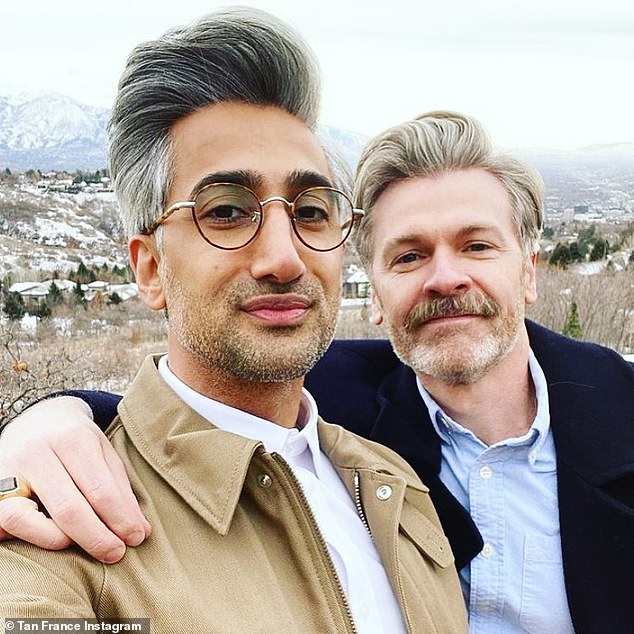 Keeping him close: The reality television personality expressed that he would be teaching his soon-to-arrive son Hindi and that he would immerse him in South Asian culture

France also joked that he and Rob might not be prepared for their baby boy, as they haven’t started planning for his arrival even though he’s just weeks away from being born.

He explained: ‘My husband and I are not romantic, we haven’t created a nursery yet even though he’s due so soon. We can raise a baby in any room, we don’t need any fanciness. We’re going to handle it when he shows up.’

The reality television personality and his husband were first romantically connected in 2008, and he later revealed that they met on a dating website.

The two went strong as a pair for several years before they initially tied the knot in 2007, and they later held a second ceremony in New York City. 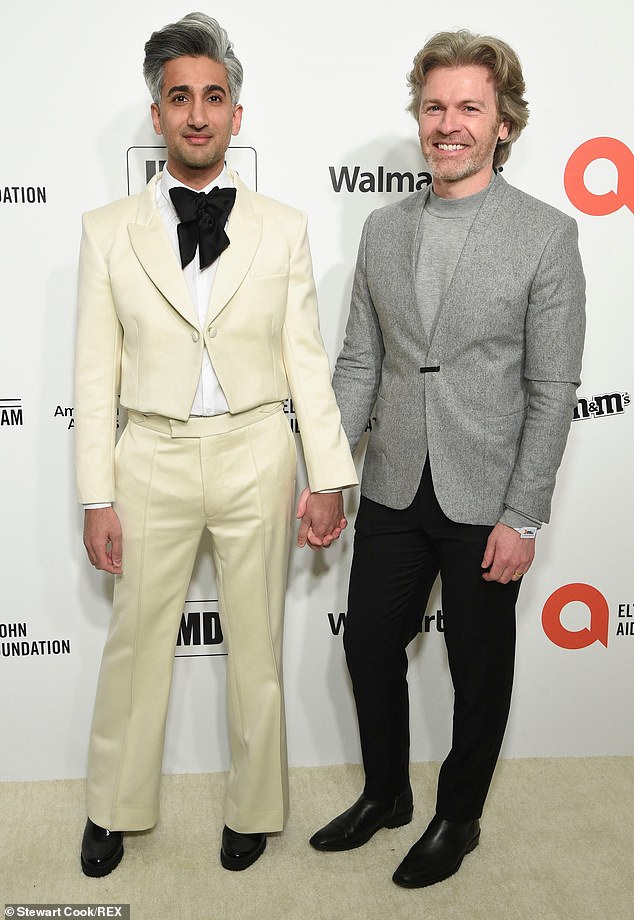 Doing it twice: France and Rob initially met on a dating website and went on to hold two separate wedding ceremonies; they are pictured in February of last year

After over ten years of marriage, France took to his Instagram account in April to announce that the happy couple would become parents in the future, as they were being assisted by a surrogate.

The fashion industry figure also wrote a brief message in the post’s caption to express his excitement prior to the arrival of his child to his nearly 4 million followers.

Specifically, he noted that parenthood was ‘something we’ve wanted for SOooo many years. Our hearts are so full right now. I cannot wait to hold this baby, and to show him so much love.’ 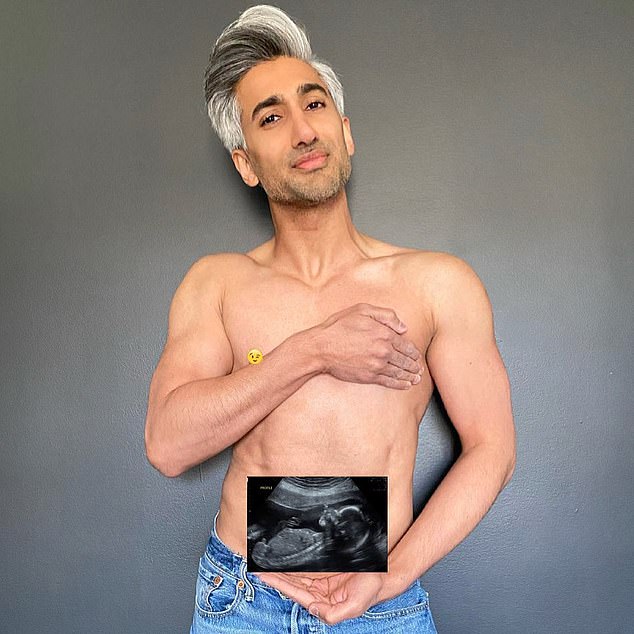 Letting everyone know: In April, France took to his Instagram account to announce that he and Rob were expecting a child, who would be delivered with the help of a surrogate