Top civil servants don’t come much more politically correct than Sir Martin Donnelly. A wheedling little man obsessed with feminism and diversity measures, until he quit to become a well-paid lobbyist, he often took Whitehall colleagues on away-days to a drama school.

There, they’d hone their ‘story-telling’ techniques and learn that ‘breathing’ was vital to ‘embedding gender parity in senior management’.

As for Brexit, he has admitted that he found the Leave vote ‘a major shock to the system’ and now seems determined to block it. Hence his salvo yesterday.

After his abrupt departure last year from running the International Trade department (where he and his minister, the pro-Brexit Liam Fox, found themselves poles apart), Sir Martin said he ‘wasn’t the right person’ for the job.

Given his long-term connections with the EU and its top cadres, that should have been obvious from the start.

He is very much one of those many Whitehall lifers who regard Brexit as a vulgar affront to everything they’ve worked for.

Oxford-educated Sir Martin, 59, was groomed as a member of the European elite – obtaining a diploma in European Studies at the College of Europe in Bruges and then going to the Ecole Nationale d’Administration, the Paris finishing school for Eurocrats.

Given that during the 1990s he was also an aide of EU Commissioner Leon Brittan – a one-time Thatcherite who ‘went native’ in Brussels – he was never likely to embrace Brexit.

Perhaps that is why Cabinet Secretary Sir Jeremy Heywood (the Establishment’s cunning Mr Fixit) sent him to work at International Trade. A Whitehall colleague recalls: ‘He was always jet-setting abroad but never moved the dial on trade.’ The rest of that person’s verdict, alas, is unrepeatable in a family newspaper. 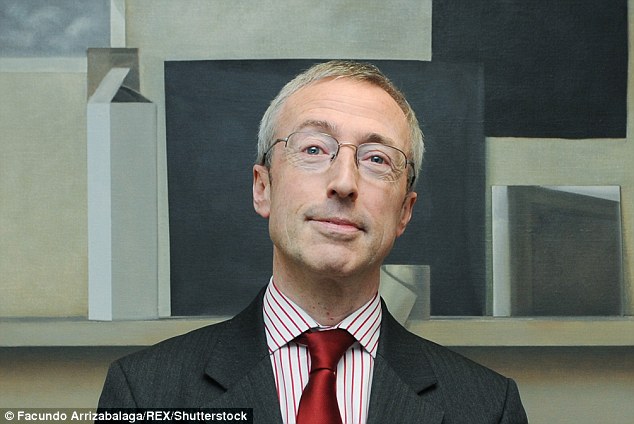 After his abrupt departure last year from running the International Trade department, Sir Martin said he ‘wasn’t the right person’ for the job

The young Donnelly joined the Treasury in 1980 and several years later was seconded to the French government’s finance department on a year-long exchange scheme.

An amateur pianist, keen singer and devotee of the theatre, Sir Martin is quite the aesthete. He has three daughters from his first wife, who died in 1996. He’s remarried and lives in a chi-chi part of Wimbledon, south west London, where he jogs and reads the works of the Irish playwright Samuel Beckett.

When questioned during Westminster select committees, he came across as a toothy arm-waver prone to bluster – once being accused by MPs of being ‘obfuscatory, if not misleading’.

One small blot on his escutcheon was when the public were asked via an online poll to name a new polar exploration ship, only for the exercise to be sabotaged in a jokey social media campaign, with ‘Boaty McBoatface’ getting the most recommendations.

As Permanent Secretary for the Business Department, Sir Martin squirmed during a Commons meeting when he tried desperately not to say the name. Inevitably, officials reneged on their promise to accept the public’s choice and named the boat after David Attenborough instead. Perhaps Sir Martin thinks Brexit, another public choice, can be ditched in a similar fashion. Soon after leaving the civil service, he said Brexit without a deal would be ‘a very serious outcome for the British economy’ and moaned about ‘legal uncertainty and a chilling effect on investment’.

As a mandarin, he loved to talk about ‘leadership’. On one occasion he took colleagues to the Oval cricket ground for a day of ‘storytelling’, with them sitting around, discussing themselves. ‘That was a moment I learned a lot about leadership,’ says Sir Martin. Place him next to a freshly-caught turbot and it would be hard to tell which was the wetter.

What’s more, with a blind eye to irony that’s typical of Establishment figures, in 2013, he took an 18,000-mile round-trip to Australia – to make a speech about efficiency savings. He himself was on a salary of more than £180,000. 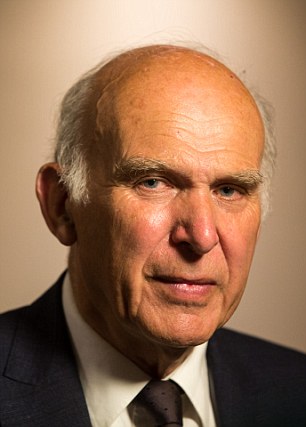 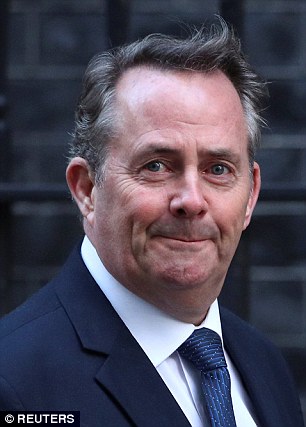 During the Coalition government, he loved working with Vince Cable (left). The Lib Dem Europhile was more palatable to him than salty Eurosceptic Liam Fox (right)

During the Coalition government, he loved working with Vince Cable. The Lib Dem Europhile was more palatable to him than salty Eurosceptic Dr Fox. On his Whitehall office wall, Sir Martin had an African tribal mask alongside bracingly modern art. How he ached to demonstrate his right-on modernity.

Within days of leaving the Civil Service, he landed some handy sinecures, including an economic consultancy and work with a PR firm, where colleagues include David Cameron’s No 10 aide Sir Craig Oliver (whose memoirs bitterly remarked that Theresa May ‘notably did not pay tribute to Cameron’ during his last Cabinet meeting).

In a 2014 lecture about civil service impartiality to the Blairite Institute for Government, Sir Martin urged officials to serve the Government with ‘Kantian’ commitment – i.e. a dispassionate sense of duty, as laid out by philosopher Immanuel Kant. He said the democratic system would collapse without ‘sufficient trust among ministers to take official advice seriously’. It was vital, he averred, for ‘the wider public to trust that process of government is being carried out to their benefit’.

The sorry truth is that the more Brexit is opposed by tantrum-throwing, bootie-kicking ex-mandarins such as Sir Martin Donnelly, the harder it becomes for government ministers to trust the Whitehall old-boy club and the more the public will resent The System’s pocket-filling elite. Forget Immanuel Kant. This looks more like unwholesome, self-serving cant.