QUENTIN LETTS watches as a Labour MP speaks up for Brexit

Kate Hoey (Lab Vauxhall) is a proud daughter of Northern Ireland. Yesterday the Ulsterwoman in her escaped when, with mounting exasperation, she bawled at a bum-fluffed Brexit minister to ‘just say no!’*

Miss Hoey, a keen Leaver who suffers intense aggro from Blairites when she speaks up for Brexit, was addressing minister Robin Walker. She wanted the Government to be a lot braver in its negotiations with the European Union. Stop being so wimpy!

In particular, we should tell Brussels to get stuffed if Eurocrats tried to impose new laws on us during the proposed two-year implementation period. ‘Say no!’ cried Miss Hoey.

Mr Walker, who can be maddeningly suave, allowed a smile to twitch at the corners of his mouth. He toyed with his beaker of water, the ploy of people who want to look relaxed. He adjusted the angle of his head an inch or two, a subtle signal that he was tolerating Miss Hoey’s remarks rather than accommodating them.

If ever politics goes wrong for young Walker, as it might, he could find a career in the complaints department at British Airways, dealing with stroppy first-class passengers. He would have been a wonderful steward in the old days of the Concorde lounge at Heathrow airport.

‘Well’ and ‘so’ and ‘of course’ and ‘absolutely’, he murmured, crinkling the skin around his eyes. They are a little more hooded now than they were when he became a Brexit minister in 2016. He had the greatest respect for the committee and for the wisdom of its members. Their scrutiny was important – invaluable! Indeed it was, agreed his neighbour, Sir Timothy Barrow, the UK’s representative to the EU. Sir Tim is a vivid figure who wears waistcoats and a Brock beard. You wouldn’t want to be out late at night in the West Country with that beard. You might get culled. 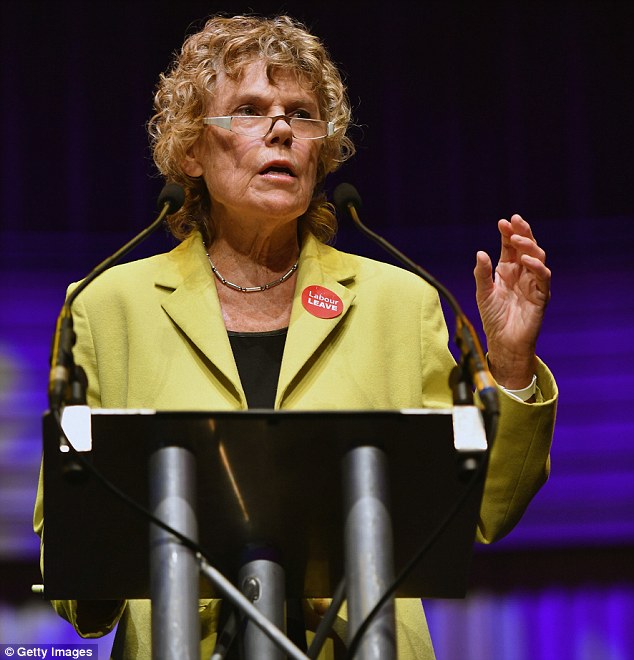 Mr Walker and Sir Badger were giving evidence to Sir Bill Cash’s European Scrutiny select committee. Its MPs are unusual at Westminster in that they are largely Eurosceptic. Yesterday they pressed for assurances that the implementation period after our formal departure from the EU will not be open-ended. They hoped it would neither hamstring our ability to strike new trade treaties nor hit us with all sorts of EU laws during that interim period.

Mr Walker was not able to be conclusive because ‘clearly there are negotiations still to come’. That may or may not be another way of saying ‘there are gutless climbdowns still to come’. Pat phrases dropped from this youthful minister’s tongue as Chocolate Buttons from the Cadbury production line. ‘We seek a deep and special relationship with Europe… frictionless trade… our position has consistently been… that would be evidently sensible… a huge amount of work is going on… it is not our intention… there will be safeguarding mechanisms… as the Prime Minister has made clear.’

Could the EU whack us with directives during the implementation period? Mr Walker said there was going to be an EU-UK committee which would give us the chance to voice our reservations. Miss Hoey and other MPs: ‘Ha!’

‘We need to get on and say what we want and intend to do,’ averred Miss Hoey. ‘We’re giving the EU too much respect and they’re giving us too little. Why are always giving in? Will you just stand firm? It seems whenever there’s a disagreement, the British Government always gives in. ‘

Another Labour Leaver, Kelvin Hopkins (Luton N) said the British people would not like being given laws by a body to which they no longer belonged. Sir Bill told Mr Walker ‘be quite sure you have a sufficient degree of backbone’. Mr Walker smiled blithely. He has a backbone, okay. But how bendy is it?

*In the 1980s Unionists used the slogan ‘Ulster Says No!’ My late friend Willy Gray, a Belfast social worker, followed Northern Ireland’s footballers to the World Cup in Mexico in 1986. At one of the matches he saw a banner saying: ‘Guadalajara Says No!’