Quick as a parrot! Cheeky macaw swoops down and hitches a ride on cyclist’s back

Quick as a parrot! Cheeky macaw swoops down and hitches a ride on cyclist’s back

An attention-seeking scarlet macaw swooped in from its perch in a tree to steal a free ride from a group of three cyclists.

The giant red parrot took a few moments of rest on one cyclist’s back as she rode along a busy road through the countryside of Sao Paulo, Brazil, last month.

The cyclist continued along the road with the 2lb bird quietly perched on her back as she laughed with the other riders about her unusual predicament.

The giant red parrot takes a few moments rest on one cyclist’s back as she rides along a busy road through the countryside of Sao Paulo, Brazil

It then started to peck at her clothing, before taking a fancy to another cyclist, who had pulled out his camera to record the bizarre moment.

The parrot lifted up its wings as the male cyclist began to overtake his friend, and then flew from the woman’s back on to the filmer’s arm.

He laughed as the huge bird started to peck at the camera to get a closer look. 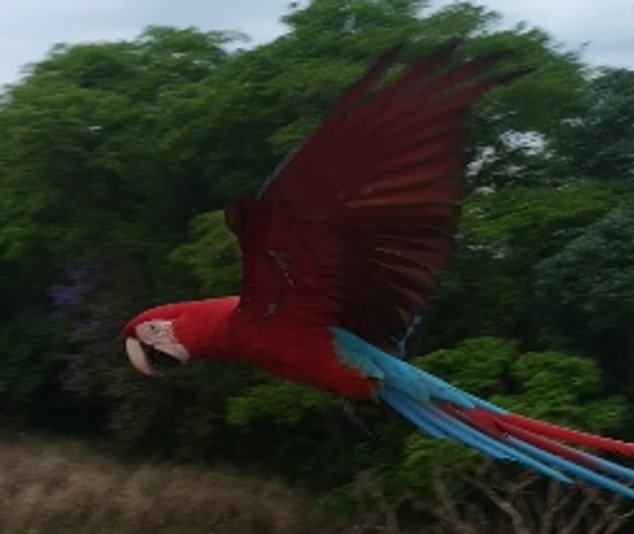 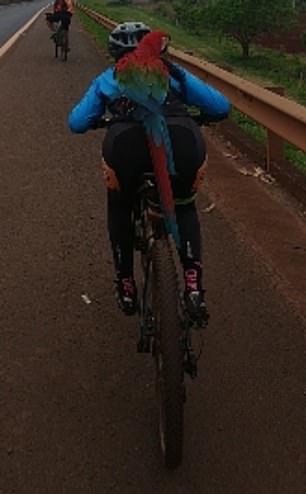 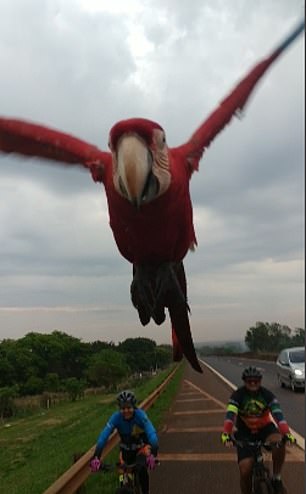 The macaw, which can live for up to 80 years, then lost its grip and took to the air before trying to land back on his arm.

The cyclists got a view of the bird’s metre-long wingspan up close as it tried to land down on top of them.

But it couldn’t quite make it and ended up leaving to perch on a road sign instead.

As they cycled away the group all looked behind them to see what the curious bird would do next. 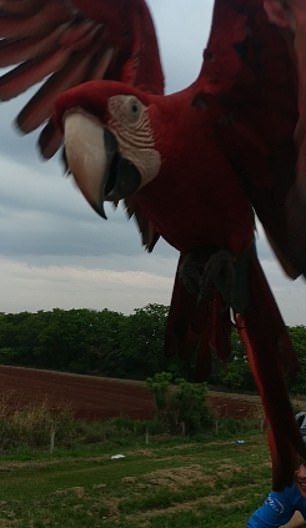 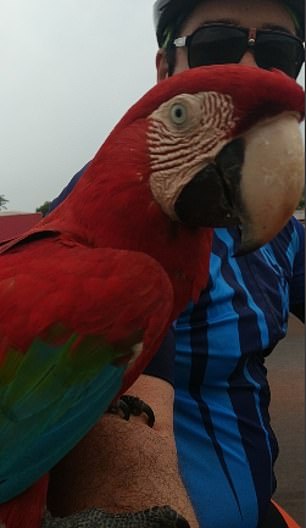 The filmer laughs as the parrot tries to get comfortable on his arm, despite not being able to get a good grip