Explorer and writer Sir Ranulph Fiennes on his most romantic gesture, speaking Arabic and Brigitte Bardot

Where is home? A working sheep farm on Exmoor.

Who would play you in a movie of your life? A fit, handsome bloke, very unlike me.

As a child, you wanted to be… Like my dad who had been killed in 1944, in the Second World War, four months before I was born.

Earliest memory? The sight of Table Mountain, aged one. My mother was South African and after my dad was killed, she moved us back there.

The secret to a happy relationship? Check it out thoroughly upfront. Don’t rush into it.

Your best quality? Not crying over spilt milk.

And your worst? Pessimism.

The most romantic thing you’ve ever done? Pulling a lady out of a thorn bush, half way down a Spanish cliff. Maggie was a fellow military student and one of a very small group who decided to cross the Pyrenees from north to south with a mule. A car came downhill round a corner, rather faster than it should have done, and Maggie had to jump out of the way. Unfortunately, this was over the side of the cliff but she was caught in the thorn bush – from where she was rescued.

Dream dinner-party guests? All the Norwegians that we’ve ever raced to the poles. We’d have a lot in common – and I could gloat about us having beaten them every now and then.

What do you see when you look in the mirror? Big ears.

On a day off we’d find you…? Not writing the current book, but reading and researching. 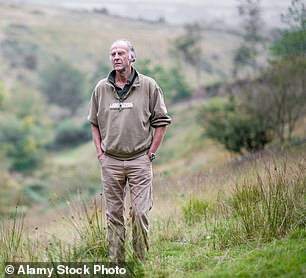 What was your big break? Getting a third O level, which meant I could get into the Army.

Your career highlight? Reaching the rank of Captain.

Most embarrassing moment? Forgetting what I was going to say next when giving a lecture at a big conference.

Hangover cure? Go for a run. I try to run for an hour-and-a-half every day.

What did you have for breakfast today? Toast, marmalade and butter, and black coffee.

Top of your bucket list? To reach 90 as fit as David Attenborough.

One thing that would make your life better? Hearing what my wife says without having to say, ‘What?’.

Philosophy of life? Take it easy whenever possible.

Biggest lesson you have learned about money? Never pay for anything if you can get it sponsored.

Biggest lesson you’ve learned about women? Never think you can predict them.

Last film or TV show that made you cry? The Big Bang Theory.

If you could travel in time, where would you go to? Arabia, to Dhofar where I had one of the best times of my life in the army of the Sultan of Oman. It’s one of the most beautiful, untouched countries you can imagine. The people were charming and colourful and even though they had hard lives, they were always very cheerful.

First record you bought? I can’t remember what it was called but it was by Clannad.

Most extravagant purchase? A mini-van to give to my girlfriend. I was 21, she was 19.

Best present you ever received? A Polar tent from a company in Glasgow.

Happiness is…? A purring pussy cat.