R. Kelly’s former lawyer says he was ‘guilty as hell’ in child pornography trial he was acquitted in

Ed Genson (pictured in 2004), 77, worked as R. Kelly’s attorney for over 10 years, but called him ‘guilty as hell’ in an interview this week

The lawyer who represented R. Kelly in a child pornography case 11 years ago has said the singer was guilty of the charges – and even needed anti-libido drugs to stem his sexual urges.

‘He was guilty as hell,’ Ed Genson, 77, declared to the Chicago Sun-Times.

Kelly was found not guilty on all counts of child pornography at the trial in June 2008.

The attorney of 54-years says he doesn’t know if the veteran crooner has done anything else ‘inappropriate’ recently, because of a measure he took after Kelly’s 2008 trial.

‘I’ll tell you a secret,’ he said. ‘I had him go to a doctors to get shots, libido-killing shots. That’s why he didn’t get arrested for anything else.’

Genson, who worked for Kelly for more than ten years, says he doesn’t feel conflicted for securing the Chicago crooner’s acquittal and keeping him out of prison.

‘I didn’t facilitate him,’ he told the paper. ‘He had already done what he’d done.’ 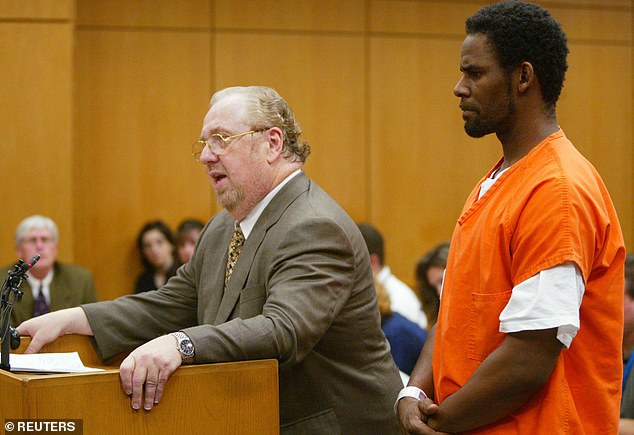 Genson said after R. Kelly’s trial in 2008, he allegedly ordered the singer to get anti-libido shots to stem his sexual urges 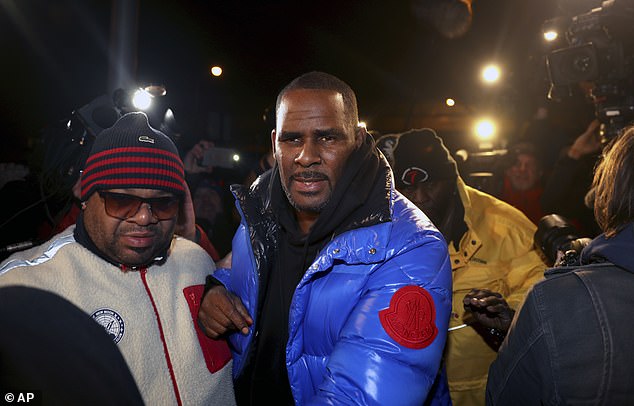 Genson said he didn’t know if Kelly had re-offended since his acquittal, but warned men who get away with crimes think they’re ‘bulletproof’

‘I did facilitate him in the sense I kept him out of trouble for 10 years. I was vetting his records. I listened to them, which ones would make a judge mad.’

One of the songs Genson flagged to Kelly was his 2003 hit, ‘Ignition’, which the former lawyer said raised some serious concerns.

‘I was riding in the car, listening to a song and said, ‘Are you crazy? This is all I need,” Genson said.

Genson recalled how he thought an early demo of the song hinted that Kelly was interested in underage girls.

‘It’s a song related to a guy driving around in a car with his girlfriend. It was originally a high school instructor in a class teaching people how to drive a car.

‘I changed the words,’ he claimed.

Despite his commercial success, Genson – who is suffering from terminal cancer – went on to describe Kelly as ‘not a very bright person’, and suggested he may have become even more reckless in the years since his first trial.

‘What he doesn’t understand is this: If you win a case with somebody, they think they’re bulletproof,’ Genson said.

‘You’re almost better off, sort of, losing. He thinks he can do whatever the hell he wants. He has done everything he can to hurt himself.’ 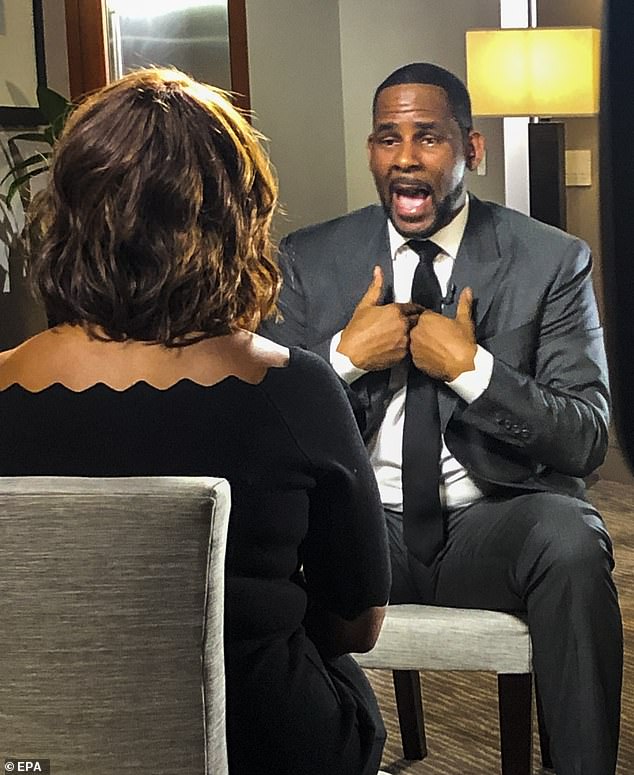 Kelly was indicted on February 22 in a Chicago courtroom on 10 counts of aggravated criminal sexual abuse against four victims. He vehemently protests his innocence 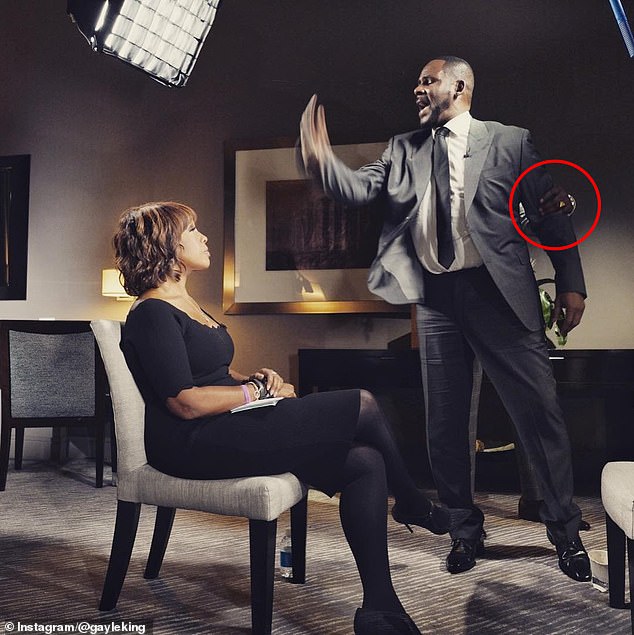 Kelly, 52, exploded during an interview with CBS’s Gayle King and had to be restrained by his publicist. During the interview, he said the girls’ parents ‘sold’ them to him – a claim they deny

On Wednesday, Kelly gave an astonishing interview to CBS where he protested his innocence, cried and wept.

He even appeared to be physically restrained during the animated outburst, in which he vehemently denied all allegations against him.

‘Quit playing, I didn’t do this stuff,’ the pop singer tearfully told Gayle King of CBS News on Tuesday.

Kelly was indicted on February 22 in a Chicago courtroom on 10 counts of aggravated criminal sexual abuse against four victims, three of whom were underage at the time the alleged crimes were committed.

If convicted, he could face a maximum prison sentence of 70 years – 7 years for each count.