A live-in girlfriend of accused sex criminal R. Kelly has broken her silence to say that she is ‘a victim’ of the R&B singer.

Joycelyn Savage, 24, created a subscription Patreon account this week to tell her story to those willing to pay for it, describing how she moved in with Kelly at the age of 19.

‘I am here to tell my story I will reveal information/secrets I’ve been sweared to not ever bring to light but I am willing to risk it all. This is my story on Mr. Kelly,’ Savage wrote in an introduction to her Patreon channel, after two years of silence on social media. 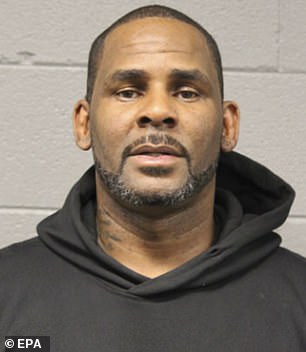 Joycelyn Savage, 24, (left) has broken her silence to say that she is ‘a victim’ of R. Kelly (right) 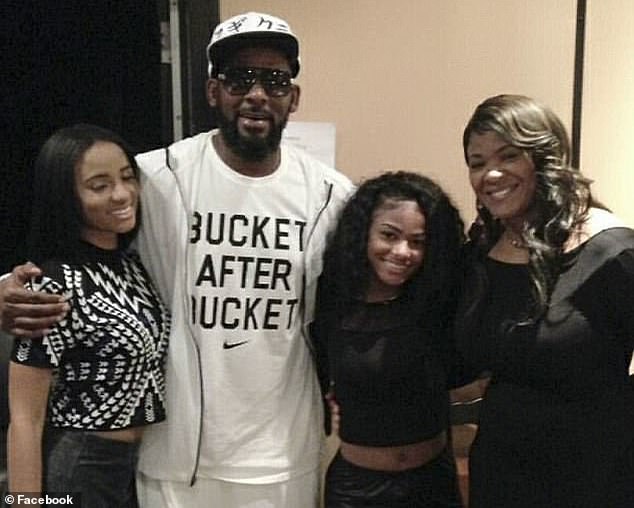 Savage (far left with Kelly) met the singer at a concert when she was 17, and moved in with him after she dropped out of college at age 19 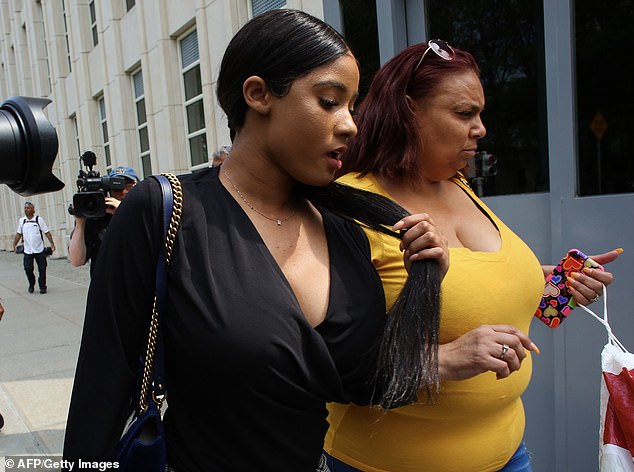 R. Kelly’s girlfriend, Jocelyn Savage (left), leaves after a hearing in the racketeering and sex trafficking case of Kelly at Brooklyn federal court on August 2, 2019 in New York

In her first post on Patreon, titled ‘Where It All Started,’ Savage describes how she was 17 when she first met Kelly in 2015 at one of his concerts, according to the Daily Beast, which has accessed the post behind her subscription paywall.

Savage says that meeting Kelly was a ‘fun experience but very mixed emotions.’

She says Kelly promised to launch her music career and often told her ‘Baby girl you are going to be the next Aaliyah.’

Savage dropped out of college when she was 19 and moved into Kelly’s home, where she said he grew controlling and domineering.

‘After these couple of months Robert started giving me commands, and making sure I call him by certain names. Like ‘Master’ or ‘Daddy’ which I didn’t really care for at the time, ‘ Savage wrote in her post, according to the Daily Beast.

‘If I wasn’t getting paid or pursuing my dream I would’ve went home, but all of that didn’t stop just yet. But It started getting worse by day by day, he would raise his voice at me if I didn’t call him by those two names,’ she wrote. 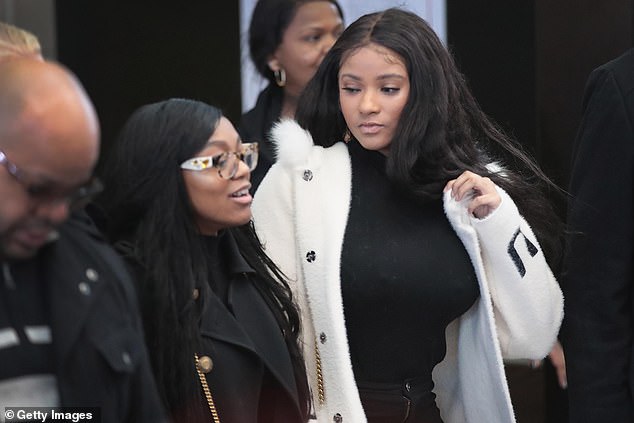 ‘If Robert called me I would have to reply with ‘Yes, daddy’ or ‘Please daddy’ he was so controlling,’ Savage continued.

Savage said that if she protested or wanted to talk to her parents, Kelly threatened to withdraw support for her musical aspirations.

‘He would always would say ‘All this can stop today, you want a career? Or do you want to live a normal life’ basically trying to make me do what he wants,’ she wrote.

It is the first time that Savage has spoken out against Kelly, whom she supported after his arrest in January by attending court hearings alongside Kelly’s other live-in girlfriend, Azriel Clary.

The two women appeared in a televised interview in March defending R. Kelly, and claiming that their own parents were scheming to blackmail Kelly.

In the interview, Savage and Clary both proclaimed their love for the singer, and dismissed all of the sex crime allegations against him as lies.

Confronted directly with the allegation that they had been brainwashed by Kelly, the women denied it.

In September, Kelly complained in a court filing that both of his girlfriends were not able to visit him behind bars at the same time.

Robert Sylvester Kelly is being held without bond at the Metropolitan Correctional Center in Chicago pending trial.

Kelly has pleaded not guilty to federal charges against him in Chicago and New York, where he is accused of a racketeering scheme to sexually abuse girls.

His next court hearing is set for February 13.